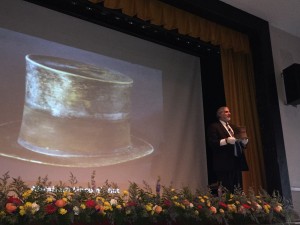 Dr. Kurin uses a 3D printed replica of Lincoln’s Top Hat during his talk about his book at the Sullivan Museum and Library. Photo credit: Sullivan Museum

Under Secretary for History, Art, and Culture, Richard Kurin, helped kick-off our 20th anniversary year at the Sullivan Museum and History Center (Vermont) in September and he’s on the road again sharing stories from his recent book, The Smithsonian’s History of America in 101 Objects, with Affiliates across the country. Since 2013 he has visited 11 Smithsonian Affiliates and will travel to two more in January and February 2016.

On January 11, Kurin visits History Colorado in Denver. As an expert storyteller, Kurin tells the story of the nation through some well-known treasures and unexpected objects that inspire learning and curiosity in everyone. He noted, “using objects to tell the story of the nation presents a great opportunity. Rather than learning history by memorizing names and dates, objects have a way of conveying historical times and events in a dramatic but tangible way.” 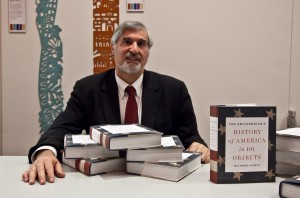 The very first stop on the “101 Objects” book tour was at the National Museum of American Jewish History. Photo credit: NMAJH

On February 16, he will visit the North Carolina Museum of History in Raleigh where he will continue to “WOW” visitors with stories about the Star-Spangled Banner, Abraham Lincoln’s Hat and less-well-known objects like Harriet Tubman’s hymnal and Jonas Salk’s polio vaccine.

And keep a lookout! Dr. Kurin often travels with 3D printed replicas of some of the treasures in the books. If he uses one, snap a photo and tag us at #SIYN20 and share with us! In the meantime, enjoy these photos of Dr. Kurin’s travels through Affiliateland speaking about his book. 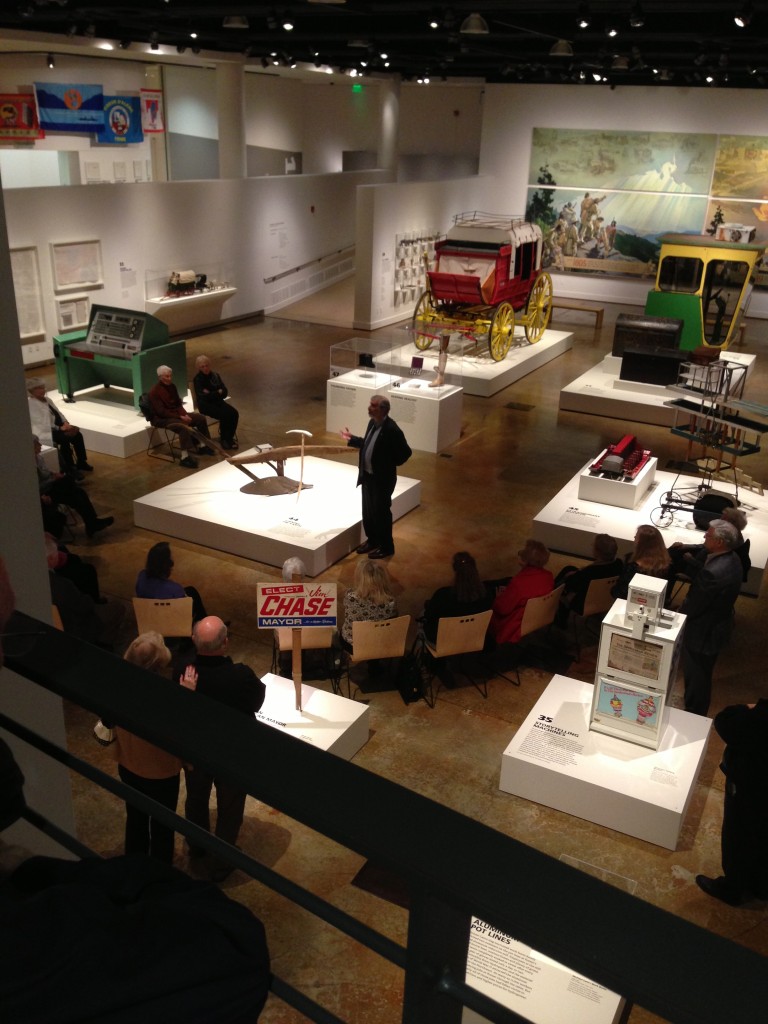 Dr. Kurin traveled to the West coast and visited the Northwest Museum of Arts and Culture in Seattle in 2014 for a gallery talk about the book. Photo credit: NW MAC

I Am Psyched! Pop-Up Museum Explores Contributions of Women of Color in&nbs...

affiliates in the news!
Scroll to top