The National Archives awarded $2,186,024 in grants to assist in numerous history projects across the country including the following Affiliates:

San Diego Air and Space Museum (San Diego, CA)  Amount-$99,000
To support a project to process approximately 165,000 images from the Convair/General Dynamics collection of the Atlas rocket program from its inception in the 1950s through the mid-1980s. Approximately 50,000 images will be digitized and available online.

History Colorado (Denver, CO)  Amount-$48,044
To support a two-year project to arrange and describe four large photograph collections documenting the development of modern Colorado and the American West in the mid-20th century. The museum will also digitize and post online 800 photographs that staff will select for their research value and potential research use.

The PPG Industries Foundation announced the donation of $10,000 to the Frontiers of Flight Museum (Dallas, TX) to support a Young Women’s STEM Leadership Initiative, a new science, technology, engineering and math (STEM) education program for 6th- through 12th-grade students from two public all-girls schools in the Dallas/Fort Worth area. Through the new initiative, more than 600 students will participate in guided tours of the Frontiers of Flight Museum;  and includes paid internship opportunities for 10 upper-class students to assist teachers with spring break camp and 16 internships and 10 scholarships for the museum’s Flight School Summer Camp.

ACHIEVEMENTS AND RECOGNITION
George Guastello will receive the Nonprofit Connect nonprofit professional award for his work as president and chief executive of Union Station Kansas City (Kansas City, MO), which has stabilized funding, programming and occupants during his tenure.

Chabot Space & Science Center (Oakland, CA) and the Patricia and Phillip Frost Museum of Science (Miami, FL) have been named finalists for the National Medal for Museum and Library Service, the nation’s highest honor given to museums and libraries by the Institute of Museum and Library Services in recognition of exceptional service to the community and for making a difference in the lives of individuals, families, and communities. 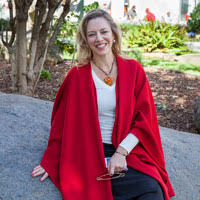 coming up in Affiliateland in April 2015