The National Mississippi River Museum received $5,000 from IBM to aid the development of science, technology, engineering, and mathematics (STEM) curriculum at the museum.

The Knight Foundation announced the winners of the 2018 Knight Arts Challenge in Detroit. The Arab American National Museum was awarded $100,000 to support the Arab American Arts and Cultural Festival.

Burns & McDonnell made a multiyear, multi-million-dollar commitment to Science City at Union Station Kansas City. Burns & McDonnell will invest $2.5-3 million over the next five years, bringing the total investment over the last decade to an excess of $8 million. The first phase of offerings include:

The Smart Museum of Art and DuSable Museum of African American History (Chicago, IL) have been jointly awarded a $250,000 grant from the Terra Foundation for American Art in support of the special exhibition South Side Stories. The collaborative exhibition opens in September 2018 as part of Art Design Chicago and explores the artistic production and cultural legacy of Chicago’s South Side. At the DuSable Museum, Holdings will consider the ways in which individuals, artists, and institutions collect, shape, and embody history, and how these histories—whether personal memories or institutional archives and collections—are subsequently shaped and reshaped over time through research, curatorial forgings, individual motivations, and incorporation into contemporary artistic practices.

The National Park Service announced that Mystic Seaport (Mystic, CT) is the recipient of a National Maritime Heritage Grant. Mystic Seaport was awarded $49,959 to support development of From Clippers to Containers: The Benjamin F. Packard and the History of U.S. Deepwater Cargo Transport, a long-term exhibition that will explain changes in the maritime cargo trades from the mid-19th century to the present.

Officials at the Peoria Riverfront Museum (Peoria, IL) unveiled the Every Student Initiative, a program to fund once-a-year visits to the facility for 9,000 children across central Illinois through a $250,000 grant from the Barton Family Foundation.

Javier Cevallos, the president of Framingham State University (Framingham, MA) was appointed to serve on a new state-wide Latino Advisory Commission which will promote the economic prosperity of Latinos in Massachusetts.

The DuSable Museum of African American History (Chicago, IL) has named Lee Bly as the museum’s first ever vice president for planning, education and museum experience.

Ahmad Ward, former Vice President of Education and Exhibitions at the Birmingham Civil Rights Institute accepted an Executive Directorship role at the Mitchelville Preservation Project in Hilton Head Island, South Carolina. The mission of the Mitchelville Preservation Project is to replicate, preserve and sustain a historically significant site and to educate the public about the sacrifice, resilience and perseverance of the freedmen of Mitchelville, which in 1862 was the first self-governed town of freed slaves in America. Among the project’s key partners is the Coastal Discovery Museum (Hilton Head Island, SC). 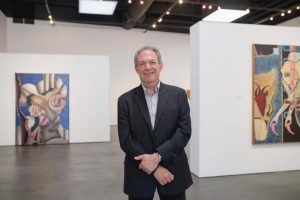 Affiliates end the summer with great news from the National Endowment for the Humanities and impressive accomplishments all around.  Bravo!

The National Endowment for the Humanities (NEH) announced $36.6 million in grants for 212 humanities projects including the following Affiliate awarded initiatives:

Project Title: American Indian Boarding Schools: History and Legacy, Transition in American Indian Boarding Schools Project
Description: Planning for the reinterpretation and expansion of a permanent exhibition, two traveling exhibitions, and a catalog that would examine the experience of Native American youth in boarding and tribal schools from the nineteenth century to the present.

Project Title: From Immigrants to Citizens: Asian Pacific Americans in the Northwest Project Description: Two one-week workshops for seventy-two school teachers to explore the histories and cultures of Asian immigrants in the Pacific Northwest and their significance to the nation.

Project title: Optimization of the Preservation Environment
Description: For preservation, collections and building management stakeholders to work collaboratively to achieve the best possible preservation environment, with the least possible energy consumption, that is both sustainable and appropriate to the particular collections that reside within the Center’s walls.

The National Society Daughters of the American Revolution (DAR) announced that the organization will be awarding a $7,120 grant to the Museum of Appalachia (Clinton, TN), to aid with the Peter’s Homestead Roof Preservation and Restoration Project on an early 1800’s rare saddle bag style log house in Appalachian Pioneer Village.

The Boeing Company and Mrs. June Boeing, wife of the late William E. Boeing, Jr., announced a philanthropic partnership, each contributing $15 million to significantly expand science, technology, engineering and math (STEM) education offered through The Museum of Flight (Seattle, WA). These investments will launch the Boeing Academy for STEM Learning, a vigorous, new STEM-focused education initiative that aims to double the number of students served by the Museum’s immersive programs over the next two years, particularly from communities underrepresented in STEM fields, and connect them to fulfilling, in-demand jobs.

Virgin America announced an education-themed partnership with the Frontiers of Flight Museum (Dallas, TX). As part of the partnership, the Burlingame, California-based airline will provide scholarships for students enrolled in the organization’s Flight School and other educational programs.

Lynn Kelly, Chief Executive Officer and President of the Snug Harbor Cultural Center & Botanical Garden (Staten Island, NY), has been appointed to the Board of Directors of the New York City Economic Development Corporation (NYCEDC).

The American Jazz Museum (Kansas City, MO) announced the appointment of Ralph Reid as interim CEO. Reid retired this year from Sprint, where he was a Vice President and President of the Sprint Foundation.