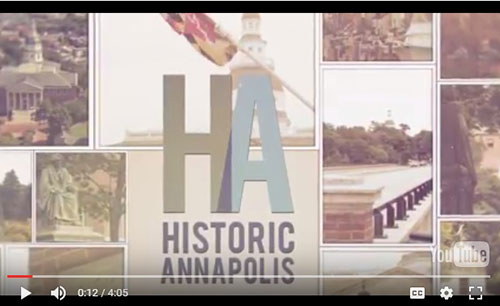 Birthplace of Country Music Museum (Bristol, VA)
Eric Paslay, Tracy Lawrence Help CMA Songwriters Series Branch Out
New Orleans and Bristol, Virginia, are the latest cities added to the traveling show
On September 8th, country legend Tracy Lawrence along with hit writers Barry Dean (“Pontoon,” “God’s Will”) and Luke Laird (“Last Name,” “Hillbilly Bone”) will perform at the Birthplace of Country Music Museum, an affiliate of the Smithsonian Institution, in Bristol, Virginia. The Songwriters Series show is part of several days of events in Bristol leading up to a highly anticipated college football rivalry game between the Virginia Tech Hokies and the Tennessee Volunteers. 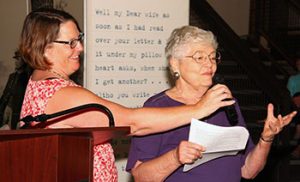 College Park Aviation Museum (College Park, MD)
New College Park Aviation Museum exhibit showcases history, importance of military mail
“The whole premise of the exhibit is how mail has always been so important to soldiers whether it was back in the Civil War up to present day. This exhibit in particular is loaded with fantastic images,” College Park Aviation Museum Director, Andrea Cochrane Tracey, said. “There are fantastic photographs from as early as the Civil War up to the 2000s and the Iraq War. There is also audio people can listen to, to hear people’s stories. There are flip cards that people can explore different aspects of mail and how it gets delivered. So it’s really a nice mix of great visual stimulation and the text.” 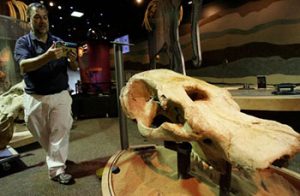 Museum inspired by water to highlight the resource’s growing value
Indirectly borne from man’s need for safe drinking water, the Western Science Center will host a Smithsonian exhibit on the importance of water for the next three months.

Max the mastodon being digitized into 3-D at Western Science Center
“One of the goals of 3D scanning is to make objects available all over the world,” Means said. “You can go into schools and do public outreach. You can also teach with them.” . Means was at the Western Science Center through a grant from Smithsonian Affiliations.

Mennello Museum of American Art (Orlando, FL)
Things are popping at the Mennello Museum
The museum, in Orlando’s Loch Haven Park north of downtown, is bursting with pop-art pieces on loan from the Smithsonian American Art Museum in Washington, D.C. Among the 37 prints on view are works by Andy Warhol, Robert Indiana, Roy Lichtenstein, James Rosenquist and other top-tier names of the pop-art world.

Buffalo Bill Center of the West (Cody, WY)
Lost worlds of Wyoming discussed
Reconstructing lost worlds in the Big Horn Basin is the focus of a new book by authors Kirk Johnson and Will Clyde. The two authors were the featured speakers for the Lunchtime Expedition Series at the Draper Natural History Museum. The lecture took place at the Coe Auditorium in the Buffalo Bill Center of the West on July 28. 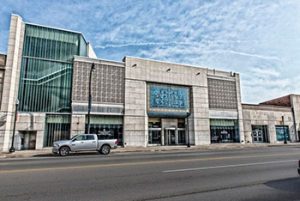 Arab American National Museum (Dearborn, MI)
RADIO INTERVIEW Arab American museum places community’s stories into greater national narrative
Located in Dearborn, the museum opened in 2005, and although it has only been around for little more than a decade, it has been chosen as an affiliate of the Smithsonian.

POV: Defining ‘the Arab’ The intersection of black, Arab and Muslim
For more information, I encourage you to visit the Arab American National Museum in Dearborn (arabamericanmuseum.org), an affiliate of the Smithsonian Institution, for stories that beautifully weave together the relationships between the Dearborn and Detroit communities.

Virginia Museum of Natural History (Martinsville, VA)
A new dinosaur heading this way
The skeleton has a bit of history behind it, arriving at the Smithsonian in 1917. At that time, it was only the second full size Stegosaurus on display anywhere in the world. It was a cast mold, made from the original bones. Understandably, the original bones aren’t on display, due to their age. In 2003, it came to light that the original casting effort made a few mistakes, when it came to the creature’s structure, so it was recast.

University of Illinois, Urbana-Champaign (Champaign, IL)
La Pelota Is More Than A Ball Game
While we acknowledge achievement at the professional level, let us also continue to learn more about and celebrate baseball in our local communities–from San Juan to San Bernardino–and its role in narrating our valiant and vibrant history of cultural negotiation, struggle and achievement. 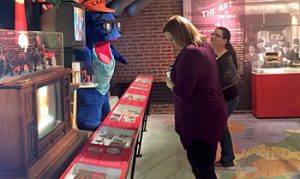 Smithsonian Learning Labs delivers the world’s archives to local classrooms
Allegheny County was lucky enough to participate in the public beta launch of the platform for the 2015-2016 school year, when 15 local high schools gained access to an electronic database of images from everything the Smithsonian has digitized – more than 1.4 million multimedia resources and growing. With Pittsburgh’s rising fame as a center for technological innovation, and Smithsonian affiliate Heinz History Center located in the Strip District, Allegheny County is an ideal place to research the Learning Lab’s functionality, says Ashley Naranjo, Smithsonian learning initiatives specialist.

Industrial museum opens in old Pa. steel plant
Among the benefits of the affiliation are sharing agreements with all 19 Smithsonian museums, which enables exhibition of objects from the national museum collection as well as providing outlets for the industry museum’s objects to be shown outside of Pennsylvania 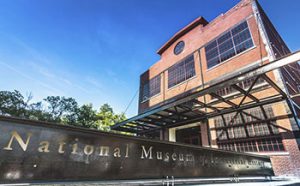 National Museum of Industrial History. Photo courtesy of the museum.

Museum of Industrial History just needed a push
Much of that excitement was spurred by the museum’s association with the Smithsonian Institution, which shared large exhibits from Machinery Hall at the 1876 Centennial Exposition in Philadelphia. Even scaled back, the museum offers an impressive look back at the tools and machines – some of them huge – that helped generations of inventors, entrepreneurs and workers solve problems and create a wide variety of products.

Long-Delayed Pa. Industrial Museum Finally Set to Open
After nearly two decades of delay that prompted a grand jury investigation, the National Museum of Industrial History in eastern Pennsylvania is slated to open its doors on August 2, reports the Allentown, Pa., Morning Call. The long-anticipated, Smithsonian-affiliated facility will tell the story of America’s industrial revolution with hundreds of exhibits in a 40,000-square-foot former steel plant in Bethlehem, Pa.

Industrial museum opening to public after nearly 20 years in the making
It is the first Smithsonian Affiliate museum, and museum President and CEO Amy Hollander says in the release that it will serve as an inspiration to visitors. “We look forward to inspiring tomorrow’s inventors and achievers, educating audiences about the transformation of America from an agrarian society to an industrial giant, and working with public, private, and non-profit partners to attract visitors to explore local and national industrial roots,” she says.

Delayed for years, Bethlehem’s National Museum of Industrial History set for Aug. 2 grand opening
The Smithsonian-affiliated museum will offer hundreds of exhibits that tell the story of the industrial revolution in America. “We look forward to inspiring tomorrow’s inventors and achievers, educating audiences about the transformation of America from an agrarian society to an industrial giant, and working with public, private and nonprofit partners to attract visitors to explore local and national industrial roots,” museum President and CEO Amy Hollander said

Model train enthusiast keeps Bethlehem Steel exhibit on track
The museum, nearly 20 years in the making, will tell the story of how industrialization changed America. The exhibits will include those on loan from the Smithsonian’s National Museum of American History as well as artifacts – many local – dedicated to the silk, propane and steelmaking industries.

New history museum to unveil propane industry exhibit
The Smithsonian-affiliated National Museum of Industrial History in Bethlehem, Pa., will debut a permanent propane exhibit when it opens in August.

UTSA Institute of Texan Cultures (Texas)
Former African-American League baseball players share stories
The sports curator of the Smithsonian African-American Cultural and History Museum, as well as the director of the Center for Negro League Baseball Research were also a part of the event.

Museum offers ‘out of this world’ photography camp (VIDEO)
Museum of Design Atlanta is offering several half and full-day summer camps for children ages five to fourteen, including one unique camp devoted to Astrophotography.  MODA partnered with the Harvard-Smithsonian Center for Astrophysics program (Youth Capturing the Colorful Cosmos) to bring the camp here, and it gives campers access to Harvard’s telescopes and space images.

coming up in affiliateland in september 2016