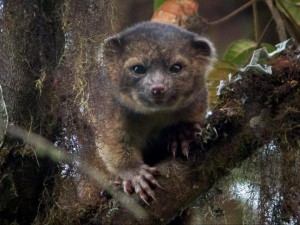 Researchers creating database of bones from every known arctic bird, mammal, fish
“. Known as the Virtual Zooarchaeology of the Arctic Project, or VZAP, the database pulls together data from universities and museums around the world. The Burke Museum, Smithsonian Institution and Canadian Museum of Civilization have partnered with Maschner to offer their considerable collections. The database can be seen online through Idaho State University, where Maschner teaches and acts as the director for the Idaho Museum of Natural History.”

The olinguito was announced Aug. 15, 2013, as the world’s newest species. The team of scientists that discovered the small carnivore included Roland Kays, a professor at North Carolina State University.

SOUTH DAKOTA
South Dakota State Historical Society (Pierre, S.D.)
State Historical Society Announces New Teacher’s Workshop in Collaboration with Smithsonian
“Working with Smithsonian EdLab through this workshop is a great first step in building our capacity to provide new learning opportunities for students in South Dakota,“ commented Jay Smith, museum director.  “We will build on this experience in developing future programming opportunities with some of the museums in the Smithsonian system to further capitalize on our new affiliation.” 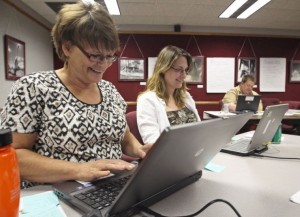 Viewing museums, technology as educational resources
“Recently, the Cultural Heritage Center became a Smithsonian affiliate. As such, the museum had the opportunity this summer to host a week-long Smithsonian workshop aimed at teaching educators mission-based learning techniques and how to better utilize museum and technology resources.”

Historical society hosting Smithsonian webcast on labor issues related to bracero program
Museum director Jay Smith says it’s a great opportunity to enjoy a historical discussion of issues important to South Dakota from the perspective of scholars and authors outside the state.

VIDEO- Buffalo Bill Center of the West Smithsonian gun exhibit now on display
“. the Cody museum has grabbed a collection on loan from the Smithsonian Institution in Washington D.C. displaying history and ingenuity with pieces which are truly, one of a kind.”
KULR-8 Television, Billings, MT