The Smithsonian’s magnificent Ten Thousand Springs Pavilion will end its visit to Flushing Town Hall in New York City in September 2011.  Would your Affiliate like to be the next stop on its tour through America?

The Ten Thousand Springs Pavilion is a 1:5 scale replica of the Wan Chun Ting pavilion that stands in the Imperial Garden of the Forbidden City in Beijing.  An example of classical Chinese architecture, the Pavilion was carved in China in 2007 by artisans of the China Red Sandalwood Museum, who then donated it to the Museum Conservation Institute at the Smithsonian.  Demonstrating traditional Chinese techniques of carving, the richly-detailed Pavilion is made of 3,000 hand-carved pieces of red sandalwood, one of the hardest woods in the world, and is constructed using mortise-and-tenon joinery.  There are no nails holding this magnificent model together. 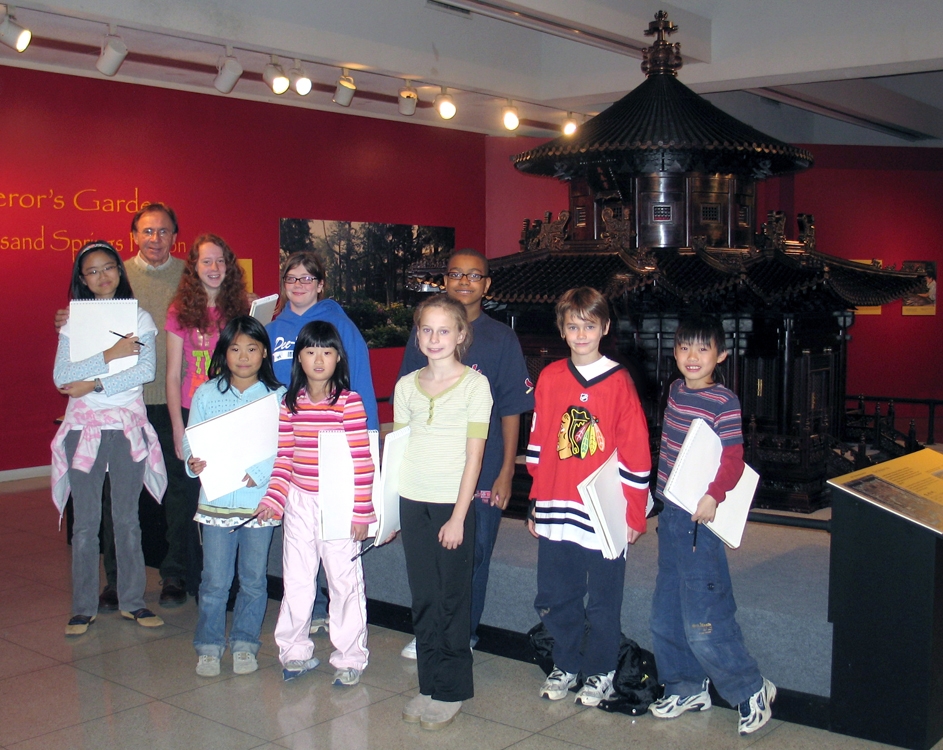 Students learn from the Pavilion in Peoria, IL

The Ten Thousand Springs Pavilion has already made three stops in Affiliateland.  After its exhibition at the Smithsonian in 2007, it traveled to the Lakeview Museum in Peoria, Illinois.  Accompanied by Chinese-specific programs including calligraphy classes, tai chi and tea ceremony demonstrations, and exhibits of Chinese art, the Pavilion drew a truly international audience, including the Chinese Ambassador to the United States.  (Read more about its Peoria life in The Affiliate newsletter article.)

It then traveled to the Irving Art Center in Irving, Texas, where it was stunningly displayed in the museum’s lobby.  In October, the Pavilion traveled to Flushing Town Hall in Queens, located in one of New York City’s largest Asian communities.  Complemented by a wide range of Asian-specific performances and art exhibitions, the orchestrated construction of the Pavilion by Smithsonian conservator Don Williams and his team of volunteers is a show unto itself.  This spectacular artifact will be ready to travel to a new location in September 2011. 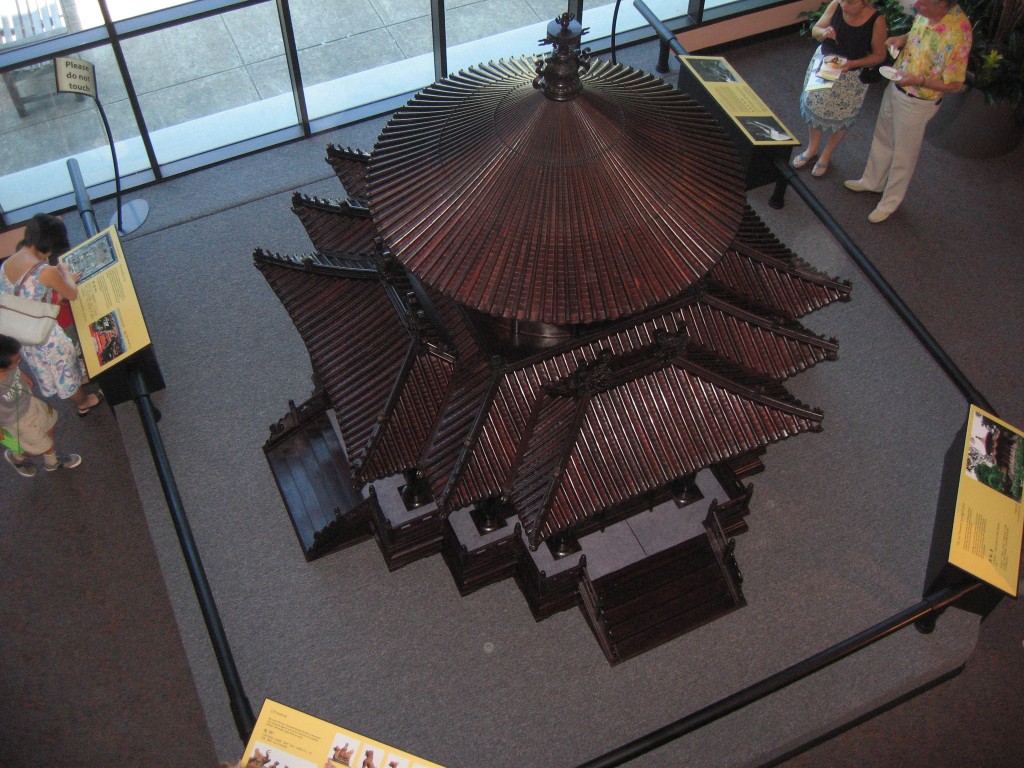 an overhead view in Irving, TX

If you are interested in pursuing a loan of the Ten Thousand Springs Pavilion, here’s what you should know:

– The Pavilion is approximately 10’ wide x 10’ deep  x 10’ high.
– The Pavilion weighs 1.5 tons when assembled.
– The Pavilion comes in 14 large, specially-designed cases which must be stored during its installation.
– Text panels in English and Chinese accompany the Pavilion.
– The Pavilion must sit on a simple platform (12-18” high) which is usually built on-site.

– Contact your National Outreach Manager as soon as possible to discuss logistics!

Complete information about the Pavilion, including text from the panels and images, can be found at https://www.si.edu/MCI/pavilion/pavilion.html. 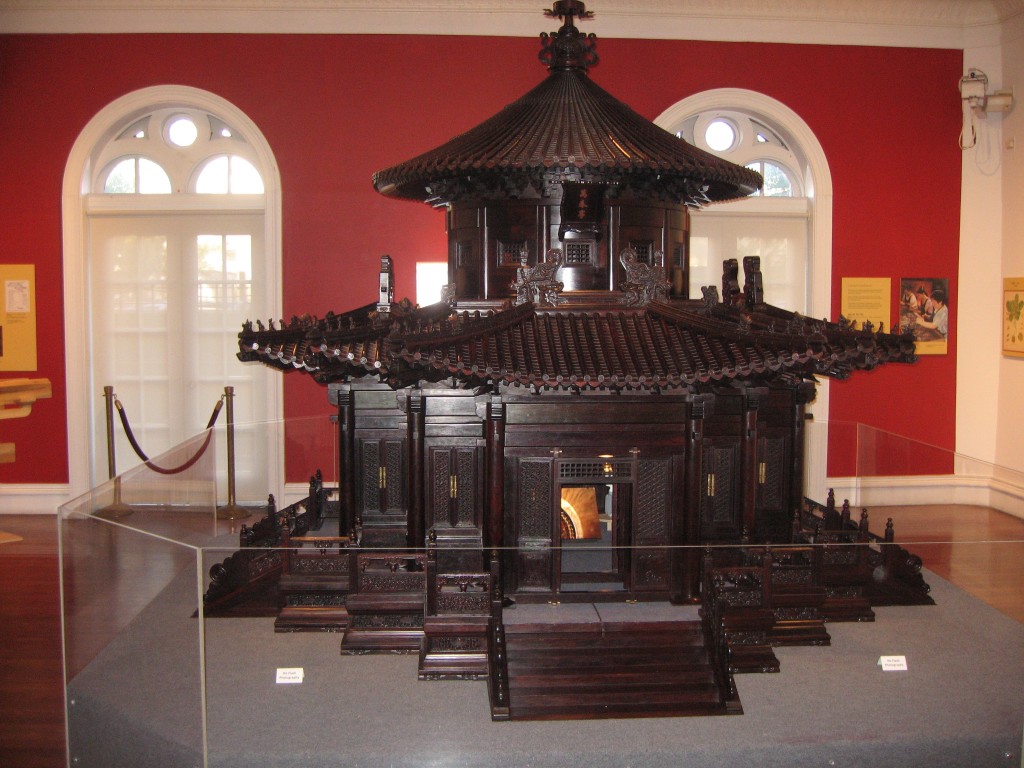 its current home in Flushing, NY