Kudos to these Affiliates on their recent accomplishments! Do you have kudos to share? Please send potential entries to Aaron Glavas, GlavasC@si.edu.

Historic Annapolis (Annapolis, MD) has been awarded a $500,000 federal grant by the National Park Service to support the state-of-the-art restoration of the James Brice House, a National Historic Landmark located in downtown Annapolis. The grant is part of the inaugural round of funding for the Semiquincentennial Grant Program commemorating the 250th anniversary of the founding of the United States.

HistoryMiami Museum (Miami, FL) has selected Natalia Crujeiras as its new CEO and executive director, becoming the first woman to assume the leadership of the museum. Starting October 3, she will officially take on the role that was previously held by Jorge Zamanillo, who was tapped in February as founding director of the Smithsonian’s newly created National Museum of the American Latino in Washington, DC. Previously, Ms. Crujeiras was executive director of cultural affairs for Miami Dade College and led six Miami-Dade cultural institutions, including the Miami Book Fair, the National History Landmark Freedom Tower, Miami Dade College Special Collections Galleries and the Miami Film Festival.

Historic Annapolis announced Karen Theimer Brown assumes the position of President and CEO of Historic Annapolis, serving as the day-to-day leader of the organization. Previously Senior Vice President of Preservation, Brown’s promotion builds on six years of her demonstrated leadership at HA and a growing presence in community affairs. Brown takes over from Robert C. Clark, whose role will shift to Executive Chairman of the organization.

The Museum of Arts & Sciences (Daytona Beach, FL) has appointed Tabitha Schmidt as executive director, succeeding Interim Executive Director Maria Hane, and former Executive Director Andrew Sandall. Ms. Schmidt comes to the museum after serving as the CEO of the Powell Gardens. Kansas City’s botanical garden, for the past six years. During her tenure at Powell, she guided the gardens through a shift in strategic direction that resulted in the highest attendance and membership numbers in its history. 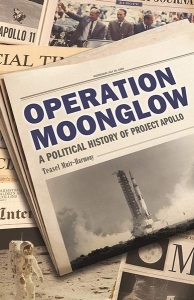 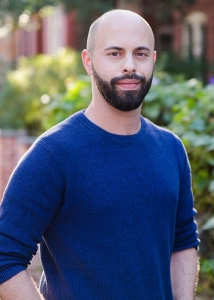 Spring continues to bloom at Affiliates! 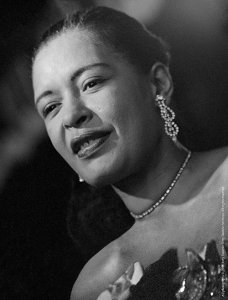 MARYLAND
Dr. Teasel Muir-Harmony, curator at the National Air and Space Museum, will give a virtual lecture on her new book Operation Moonglow for Historic Annapolis, hosted in Annapolis, 5.4.

MICHIGAN
Dr. Muir-Harmony will also talk about Operation Moonglow for the audiences of the Yankee Air Museum, hosted from Belleville, 5.5.

NEW YORK
As part of its Environments Examined series, the Rockwell Museum will host a virtual panel with scientists from the Smithsonian’s National Zoo and National Air and Space Museum, From High Tech Science to High Tech Art: Transforming Data into Action, hosted from Corning, 5.27. 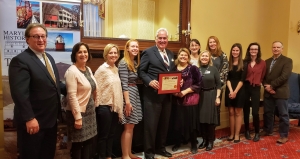 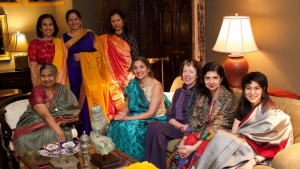 Summer is in full swing, and so are Affiliates!

MARYLAND
Historic Annapolis will host Hives Alive!, an afternoon about bees featuring James Gagliardi, Horticulturist for Smithsonian Gardens and editor of the Encyclopedia of Garden Plants for Every Location.  James will provide a talk about pollinators, in Annapolis, 7.14. 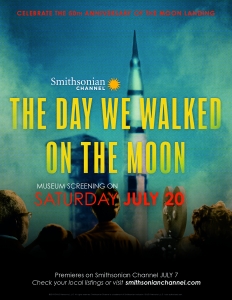 68 Affiliates across the United States will help the Smithsonian celebrate the 50th anniversary of the Apollo 11 mission by screening the Smithsonian Channel’s new film, The Day We Walked on the Moon. Check here to find an Affiliate near you! 7.20.

SOUTH CAROLINA
Two Smithsonian educators will give workshops to teachers as part of The Children’s Museum of the Upstate’s Summer Academy. Staff from the Smithsonian Science Education Center will present a workshop on “Everyday Engineering,” and the National Museum of African Art will present on “Bringing African Art into the Classroom,” in Greenville, 7.24-25.