Affiliates have been busy in September!  Kudos to all.

The Arab American National Museum (Dearborn, MI) raised $285,887, with $150,000, from the Museums for America grant program. The funds will benefit the museum’s Understanding Arabs, Arab-Americans and Islam initiative, which aims to educate students throughout the Midwest. The museum also has been awarded a $150,000 grant by the American Association of Museums (AAM) for a project titled Watch Your Waste. The grant enables the Museum to partner with the Children’s Museum Jordan in Amman, Jordan, to create an e-museum where children from both countries will simultaneously conduct research about the garbage their families generate and dispose of.

Seven other Affiliates received Museums for America grants from the Institute of Museum and Library Services:

USS Constitution Museum Foundation(Charlestown, Massachusetts) will received $149,023 for a hands-on, Old Ironsides 1812 Discovery Center gallery and programs, grounded in research and designed for all ages, to learn about the USS Constitution and the War of 1812.

National Civil War Museum (Harrisburg, Pennsylvania) will receive $138,600 to fund The Civil War 150 Years Later–Bringing History Back for the Future, a primarily Web-based project that is intended to enhance educational resources available to teachers, students, and the public on the Civil War.

Senator John Heinz History Center (Pittsburgh, Pennsylvania) will receive $112,760 to design, create, and coordinate travel for a 500-square-foot exhibition about the role of western Pennsylvania in the Civil War.

Chabot Space and Science Center (Oakland, California) will receive $149,963 to implement the design phase of its upcoming outdoor exhibit, Launchpad. Through Launchpad, students and visitors will learn about space and the sciences as they play and engage in hands-on activities throughout the exhibit.

Conner Prairie (Fishers, Indiana) will receive $141,885 to develop and implement Test Lab: Indiana Inventions, a 500-square-foot exhibit focusing on the themes of energy, innovation and invention; life sciences; and environment and nature; that will place visitors in the role of a scientific investigator.

Hubbard Museum of the American West (Ruidoso Downs, New Mexico) will receive $79,355 to upgrade and add technology to its new distance learning center to provide new opportunities to learn about the history and culture of the southwest for adults, families, and pre-K through grade 12 students.

Two other Affiliates received funding for the 2011 Museums & Community Collaborations Abroad (MCCA) program by the American Association of Museums and the U.S. Department of State’s Bureau of Educational and Cultural Affairs:

Atomic Testing Museum (Las Vegas, Nevada) will partner with the Karaganda Ecological Museum (Karaganda, Kazakhstan) to develop Nuclear Weapons Testing Legacy: The Tale of Two Cultures. Students in both cities will collect oral histories and radiation data from the areas surrounding the Nevada and Semipalatinsk test sites. Ultimately, participants will produce a joint report and conduct symposiums with experts in each country to explore the local and international implications of their findings.

Three affiliates received grants from The National Endowment for the Humanities to support ongoing projects.

Montana Historical Society (Helena, Montana) received $290,000 to digitize over 100,000 pages of Montana’s microfilmed newspapers, dating from 1864 to 1922, as part of the National Digital Newspaper Program (NDNP).

Center for Jewish History (New York, New York) will receive $103,657 to support the digitization of approximately 1,000 volumes to add to the Wissenschaft des Judentums library, which was dispersed and partially destroyed during World War II.

Oklahoma Historical Society (Oklahoma City, Oklahoma) was awarded $325,000 to support the digitization of 100,000 pages of Oklahoma newspapers dating from 1836 to 1922, as part of the National Digital Newspaper Program (NDNP).

JP Morgan Chase & Co. is donating $1 million to the Perot Museum of Nature & Science (Dallas, Texas) to support the Bio Lab and related educational programming in the Being Human Hall, which will be part of the new museum under construction.

Annmarie Sculpture Garden & Arts Center (Dowell, Maryland), received a $12,000 grant from The Dominion Foundation’s to give more than 60 teens an opportunity to participate in center’s summer arts program.

The Museum of History & Industry (Seattle, Washington) has received a gift of $10 million from Jeff Bezos, the founder and chief executive officer of Seattle-based Amazon.com. The grant will be used to establish the Center for Innovation at the new MOHAI opening in late fall of 2012. 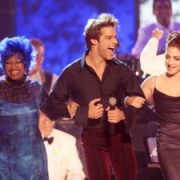 coming up in Affiliateland in August 2014

coming up in affiliateland in september 2011
'; Scroll to top