Nora Hernandez of the the Ah-Tah-Thi-Ki Museum (Clewiston, FL) has been named to the Museum Computer Network Advisory Board for diversity, equity, accessibility, and inclusion.

Jameson McDermott, Museum Educator, at Cape Fear Museum (Wilmington, NC) was presented with the 2019 North Carolina Science Teachers Association (NCSTA) Distinguished Service in Science Education Award Non-School Setting at the annual NCSTA Conference. The  award is given to a person exhibiting leadership in science education; contributing to improvements in science education; and excelling in the aspects of science education in a non-school setting.

The Alabama Space Science Exhibit Commission announced that Dr. Deborah Barnhart, CEO and Executive Director of the U.S. Space & Rocket Center (Huntsville, AL), has stepped down from her position at the Center. Dr. Barnhart had led the Rocket Center for the past nine years. Louie Ramirez, a long-time Center leader who has served as its Chief Financial Officer, will serve as interim CEO until Dr. Barnhart’s replacement is named. Dr. Barnhart has been named CEO Emeritus, and she will advise and support the recruitment and hiring of a new CEO. 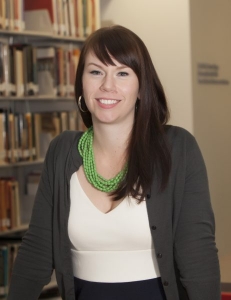 The Springfield Museum of Art announced Jessimi Jones as their new Executive Director.