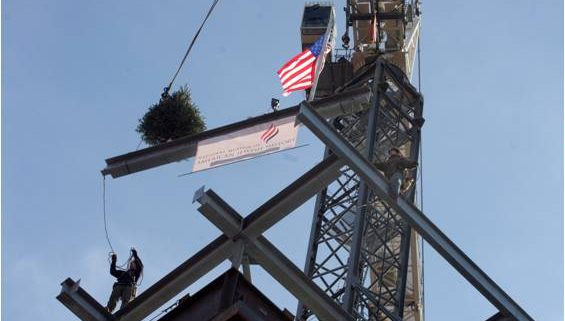 Thanks to Ilana Blumenthal, Public Relations Associate at NMAJH for this guest blog post. 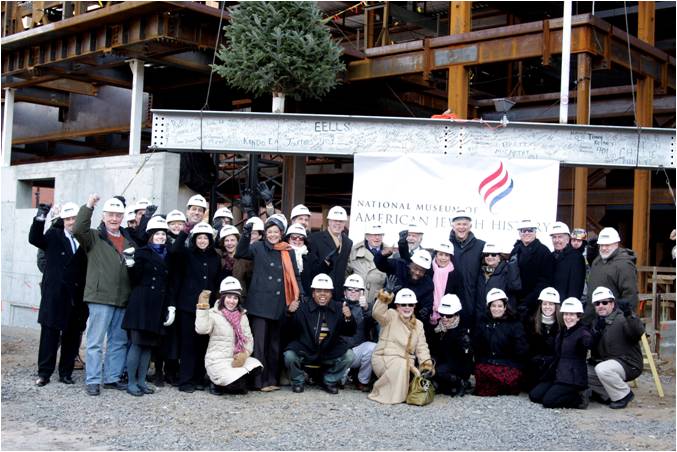 With the sun in our eyes, frostbite nearly setting in, and huge grins on our faces, the staff and board members of the National Museum of American Jewish History watched as the final 31-foot steel beam was placed on the northwest corner of the 121-foot and six-inch high, 100,000-square-foot, five story new Museum building. This traditional steel workers “topping off” ceremony took place on a 20-degree day on January 21, completing a significant milestone for the building being constructed on Independence Mall in Philadelphia that will serve as a cornerstone of the modern-day Jewish community.

Designed by Polshek Partnership Architects of New York, the new Museum will be in the heart of historic Philadelphia and will join Independence Hall, the National Constitution Center, the Liberty Bell and other landmarks at the site of America’s birth. The new Museum will open in 2010.

Prior to being hoisted with banners from the Museum, Ironworkers Local Union 401, and INTECH Construction Inc., the Museum’s contractor, ironworkers, staff, board, and INTECH employees signed their names on the beam as a sign of pride, accomplishment, and ownership. Atop the beam sits an American flag and evergreen tree (not to be confused with a Christmas tree), traditional symbols of the ironworkers’ceremony.

With the steel structure finished, the next steps for the building will be pouring its concrete floors and the construction of the north and west walls. The west wall facing Independence Mall will be a glass prism, expressing the accessibility of the museum and the openness of America, as well as the perennial fragility of democracy. The north wall will be constructed of terra cotta, expressing the strength of Jewish survival and the protective shelter of American freedom.

“With this phase of the construction complete, and as the Museum takes shape on Independence Mall, I think it becomes clear that there could not be a more fitting place for a museum that will explore the promise and challenges of liberty through the lens of the American Jewish experience,” said Gwen Goodman, the NMAJH’s Executive Director/CEO.

The new National Museum of American Jewish History will be the first and only major museum dedicated to chronicling the American Jewish experience. It will explore the challenges of identity and assimilation they faced and celebrate the contributions they have made to every facet of American life. The Museum is dedicated to telling the still unfolding story of Jews in America – who embraced freedom with its choices and challenges as they shaped, and were shaped by, our nation. The Museum envisions its new home as a place that welcomes all people, inviting them to discover what they have in common with the Jewish experience in America, and to explore the features that make this history distinctive. 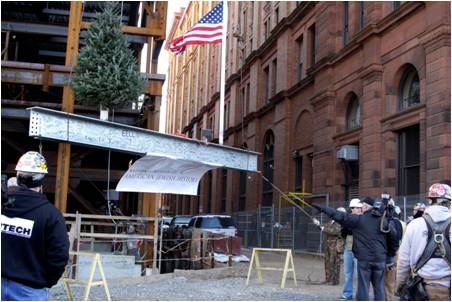 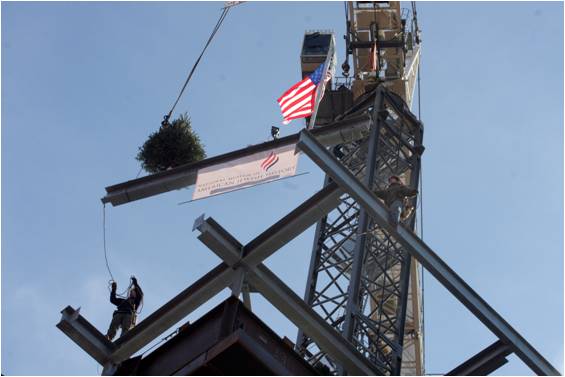