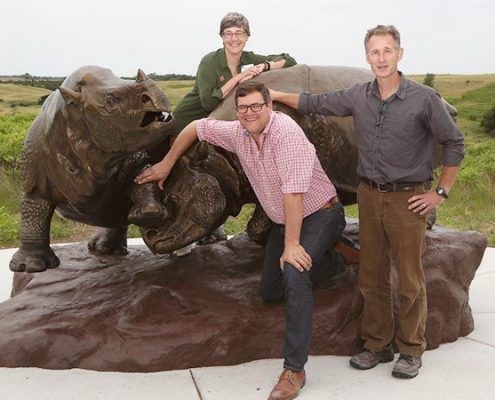 University of Nebraska State Museum (Lincoln, NE)
Rhino battle comes to life at Ashfall
“You’ve got this incredibly sweet mix of great scientists, great park managers, great philanthropists, great artists,” Johnson said. “And we’re really a long way away from any big population center, but this is a national treasure here in the northeast corner of Nebraska.”

Smithsonian director attends Ashfall event
Johnson said he was there because part of his job as the director of a national museum is to help other museums across the nation. It’s also appropriate because Ashfall is a Smithsonian affiliate.

Mercer Museum and Fonthill Castle (Doylestown, PA)
Bucks County Historical Society names new leader for Mercer Museum, Fonthill Castle
“I am excited about the opportunity to lead the Bucks County Historical Society and its two world-class museums,” said McKoy. “I am inspired by the organization’s commitment to educating its many audiences, and for the diversity of its exhibitions and programs. I look forward to working with the staff, trustees and volunteers to further the museums’ mission.”

California State Railroad Museum (Sacramento, CA)
Railroad Museum Now a Smithsonian Affiliate
In joining the Affiliation, Sacramento’s growing population will further receive the necessary help to build a bridge between the local experiences available in individual communities with the national heritage preserved and displayed at the Smithsonian.

Delaware & Lehigh National Heritage Corridor (Easton, PA)
Easton sites share special connection to Smithsonian (VIDEO)
The museum had been a Smithsonian affiliate since 2002. Now, said Garofalo, the entire corridor is recognized as an affiliate. “We are the first heritage corridor affiliate and the only canal affiliate in the United States,” said Jim Birdsall, chairman of the park’s trails committee.

D&L corridor becomes the Smithsonian’s newest affiliate
Those who preserve the historic path used to transport coal and iron from Wilkes-Barre to Philadelphia will now be able to draw on the resources of the world’s largest museum and research complex. 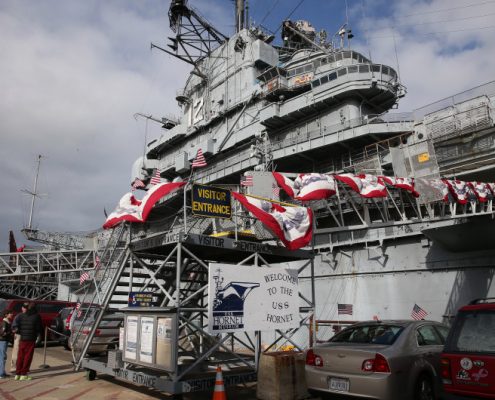 USS Hornet Sea, Air & Space Museum (Alameda, CA)
Smithsonian Institution partners with USS Hornet
“We are extremely proud to be part of the Smithsonian affiliate network,” said Jill Knowland, the Hornet’s executive director. “Our selection to this program is a continuation of the museum’s ever expanding mission of connecting our nation’s ‘Greatest Generation’ with future generations and preserving the history and legacy of this national and state historical landmark.”

Shedd Aquarium (Chicago, IL)
Shedd Aquarium now affiliated with Smithsonian Institute
“We are honored to be affiliated with the Smithsonian in our shared goals of increasing discovery and inspiring lifelong learning. This partnership is an incredible collaborative resource that will help us deliver more mission moments to more people with greater impact, both onsite and in our communities,” said Shedd Aquarium President and CEO Bridget Coughlin.

kudos Affiliates! for June 2017Affiliates in the news! July edition
Scroll to top