UTSA Institute of Texan Cultures (San Antonio, TX)
Exhibition in Texas Depicts The Legacy Of Sikhs & Punjab
“We’ve been in America for over 100 years,” Singh says. “Yet no one knows or has heard about us.” In hopes of changing that, Singh partnered with UTSA’s Institute of Texan Cultures to help bring an updated version of the Smithsonian’s traveling exhibit, Sikhs: Legacy of the Punjab, to San Antonio. 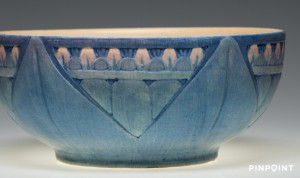 The Wolfsonian (Miami, FL)
Wolfsonian exhibit explores the artistry and social implications of the Newcomb Pottery Enterprise
The traveling exhibition, organized by the Newcomb Art Gallery in collaboration with the Smithsonian Institute’s Traveling Exhibition Service (SITES), also features jewelry, metalwork, needlework, linoleum prints and bookbinding. A lavish and scholarly catalog complements the ample wall texts and typically elegant presentation in the sixth-floor galleries. The Wolfsonian has contributed a fine audio guide, collateral programming and its own American Arts and Crafts-style artisan display tables. 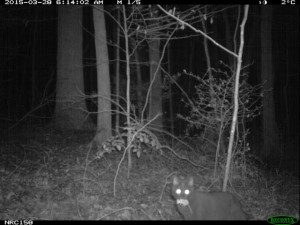 North Carolina Museum of Natural Sciences (Raleigh, NC)
Where the Wild Things Aren’t: Cats Avoid Places Coyotes Roam
“Domestic cats are estimated to kill billions of birds and small mammals each year,” says lead author Roland Kays, a zoologist with NC State’s College of Natural Resources and the N.C. Museum of Natural Sciences. “Knowing where they hunt helps assess the risk to wildlife.” The study is part of the eMammal project, which enables citizen scientists to collaborate with researchers at the Smithsonian Institution and NC State University to document animal activity. Co-author Robert Costello is with the Smithsonian National Museum of Natural History. Tavis Forrester, Megan C. Baker and William McShea are with the Smithsonian Conservation Biology Institute.

Senator John Heinz History Center (Pittsburgh, PA)
Smithsonian exhibit sets out how Pittsburgh region propelled war victory
As a part of the commemoration of the 75th anniversary of the beginning of World War II, the Heinz History Center will host guest speaker Dr. Jeremy Kinney. The curator from the Smithsonian’s National Air and Space Museum will discuss the Pittsburgh area’s integral aeronautics contributions to the Allied Forces victory.

We Did It! History center looks back at WWII 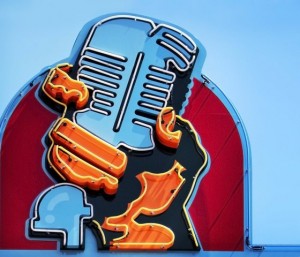 Memphis Rock â€˜N’ Soul Museum (Memphis, TN)
Housing History: Memphis Music Hall of Fame opens its doors on Beale Street
“We’re almost there,” says John Doyle, executive director of the Smithsonian-[affiliated] Memphis Rock â€˜n’ Soul Museum, which has overseen the development and creation of the Hall. “We’ve got a few more touches and final things to get ready, but it’s almost a reality.”

National Museum of American Jewish History (Philadelphia, PA)
Richard Avedon: Family Affairs
Additions to the NMAJH show include a photograph of a 12-year-old Avedon with his colleagues in the YHMA Camera Club; an Avedon self-portrait as a teenager with classmate James Baldwin, both reflected in a mirror; Avedon with his large format camera, photographed by Ginsberg; an installation photo from Avedon’s 1962 exhibition at the Smithsonian Institution;

National Inventors Hall of Fame (US Patent And Trademark Office) (North Canton, OH)
Smithsonian to host innovation festival at National Museum of American History
The Smithsonian’s National Museum of American History will host an innovation festival September 26 and 27 as a signature event of the collaboration between the Smithsonian and the US Patent and Trademark Office (USPTO). Thirteen companies, universities, government agencies and independent inventors, selected by a juried panel, will participate in the festival, which will explore how today’s inventors are creating the world of the future

The Children’s Museum of the Upstate (Greenville, SC)
Innoskate spotlights Greenville’s skateboard culture
The aim of Innoskate is “to change perceptions about skateboarding, to educate people about the science and the innovation behind the sport, and also, to really think about skateboarding as a way to bring life back into communities that are in need,” Halverson said.

Innoskate at the Children’s Museum (VIDEO)

Here’s what’s happening in your neighborhood in time for Smithsonian...
'; Scroll to top