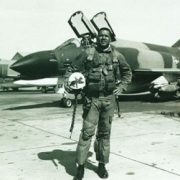 Congrats to these Affiliates making news!  We were on a hiatus during our Conference season, but we’re back in action highlighting Affiliate-Smithsonian and Affiliate-Affiliate collaborations making headlines. If you have a clipping highlighting a collaboration with the Smithsonian or with a fellow Affiliate you’d like to have considered for the Affiliate blog, please contact Elizabeth Bugbee.

Ah-Tah-Thi-Ki Museum (Clewiston, FL)
Florida Fontiers: Seminole museum offers a place to remember
“We want this to be the source for tribal history and culture for people,” said director Anne McCudden. “We want this to be the place where people can come to get the correct information, to meet tribal members, and to really experience tribal culture one-on-one.”

Las Cruces Museum of Nature & Science (Las Cruces, NM)
Kids ‘Capture the Colorful Cosmos’ in new exhibit
It’s a workshop fusing the worlds of art and science. Using software provided by the Harvard-Smithsonian Center for Astrophysics, students will learn about astronomy, remotely control a telescope to take an image of a celestial object, and process the image for visual impact. Students will then use the image as the basis of an art project,” explained Kimberly Hanson, education curator for the Las Cruces Museum of Nature & Science, which is hosting the project. 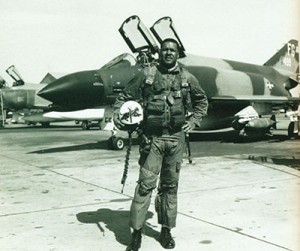 Daniel “Chappie” James, became a flight leader for a fighter squadron at Clark Field in the Philippines in the late 1940s. James flew 101 combat sorties in Korea in P-51 Mustangs and F-80 jets. He also flew in Vietnam and later became a four-star general. Photo courtesy Smithsonian’s National Air and Space Museum.

The Air Zoo (Portage, Michigan)
Air Zoo exhibition ‘Black Wings,’ looks at history of blacks in U.S. aviation
“The Smithsonian’s ‘Black Wings’ exhibit so poignantly tells the stories of the trials and triumphs of some of our country’s most heroic aviators and space pioneers.  The Air Zoo is honored to bring these extraordinary heroes to life for all our guests from Southwest Michigan and beyond,” said Troy Thrash, president and CEO of the Air Zoo.

New traveling Smithsonian exhibit opens at the Air Zoo
“This is really the perfect tie-in that really shapes what we’re trying to do at the Air Zoo; really tell these stories about famous aviators and astronauts as well, but also not-so-famous aviators and astronauts, who have done some amazing, remarkable, heroic things that many people don’t know about,” said Air Zoo President and CEO Troy Thrash.

National Museum of Industrial History (Bethlehem, PA)
New director Amy Hollander brings fresh start to embattled industrial history museum
“If I were to design a dream job, it would be to be the executive director of the National Museum of Industrial History, a Smithsonian affiliate in a local, engaged community that is passionate about saving the vanishing landscape, which is how this appears to me,” Hollander said. “This is the classic historic preservation success story.” 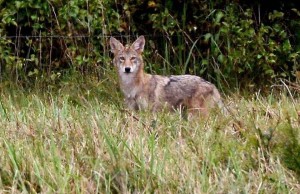 North Carolina Museum of Natural Sciences (Raleigh, NC)
NC State study finds coyotes help limit carnage from cats
This study describes some of the first results to come out of the “e-mammal” citizen science project led by the N.C. Museum of Natural Sciences and the Smithsonian Institution. Volunteers set up cameras in their backyards, along trails, in urban forests, and in parks and nature preserves. They also helped identify the animals captured in photographs.

History Colorado (Denver, CO)
Roots run deep for Latinos in Colorado
Eduardo Diaz, the director of the Smithsonian Latino Center, said he could not emphasize enough the importance of this exhibit and its message about the impact the Chicano movement has had on civil rights and justice issues across the nation.