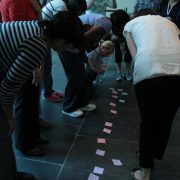 Special thanks to our Smithsonian Affiliations summer interns Lisa Hung (University of California, Irvine) and Neema Amadala (University of Calgary) for participating in the Smithsonian’s EdLab Teacher workshops in order to share their experiences with us. This is the second of four guest posts in their “Teaching in a 21st Century Classroom” series.

Creativity in the Classroom: Mission In Progress
By Neema Amadala

We may have been running into the museum on Tuesday but do students? What does a typical field trip to the museum look like? Perhaps there are students clustered in groups around a painting listening to the docent tell them about the artifact attentively but can’t seem to bridge the gap between the artifact and themselves.  Or maybe they’re running around room to room disengaged and bored or possibly, upon hearing the word museum, felt sick that day. Why is it that a field trip to the museum doesn’t seem as engaging as a trip to the science center?

On Tuesday, June 19, mission control was headquartered in the Smithsonian American Art Museum. To unleash our creativity the group started with writing six word stories; it’s remarkable what can be said in six words. In this case, we studied Frank Romero’s Death of RubÃ©n Salazar and let our words tell a story. This was only the beginning of the immersion into art. 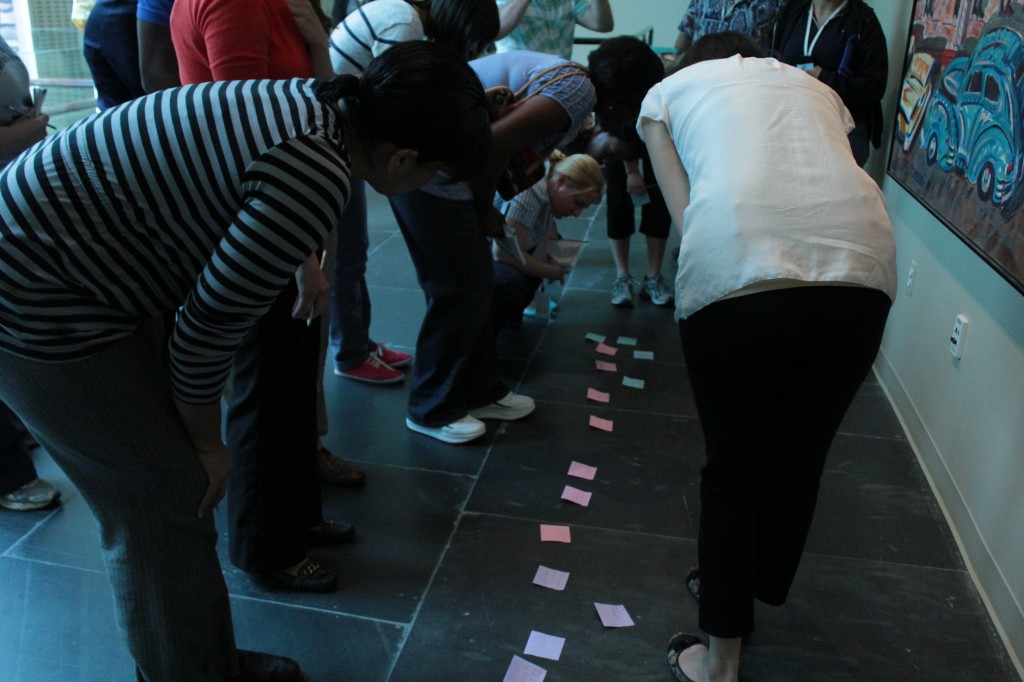 Examining the power behind what six words can say. Photo courtesy Smithsonian EdLab.

Tuesday’s mission was to take a piece of artwork and create a story with two alternative endings, to tell a tale in which the ending reflected the complexity and ambiguity of conflict and resolution. Given that this mission is broad, if you were to assign this to a group of high school students, you could witness their creativity and excitement skyrocket. This would become evident as you observe them analyzing the painting, building a moral behind their story and capturing the complexity of the piece in a short story. This is what happened in my team of educators. We immersed ourselves in the painting and abandoned all fear of technology (and had fun doing it!) to create a comic we aptly named Benton’s Midwestern Fable. 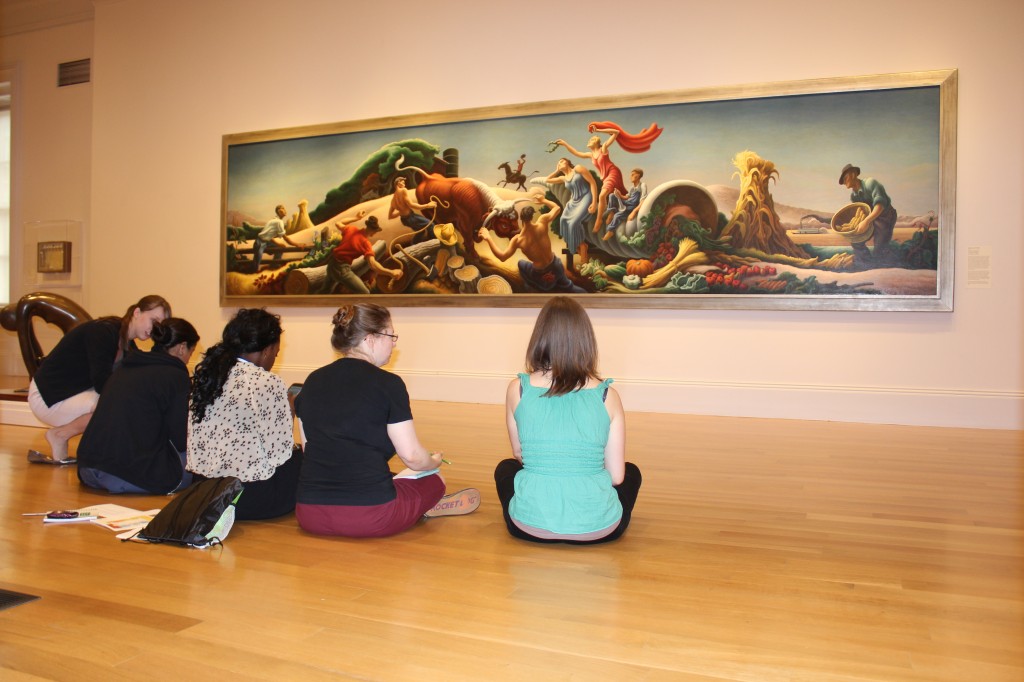 Finding the words to interpret the story of Achelous and Hercules. Photo courtesy Smithsonian EdLab.

What educators may forget is that students have grown up with this technology. Many have no fear of jumping into a new tool if it means they get a chance to play and learn. Therefore why are lesson plans made with only the teacher’s evaluation goals in mind? Why not create plans that will engage students and be enjoyable to evaluate? 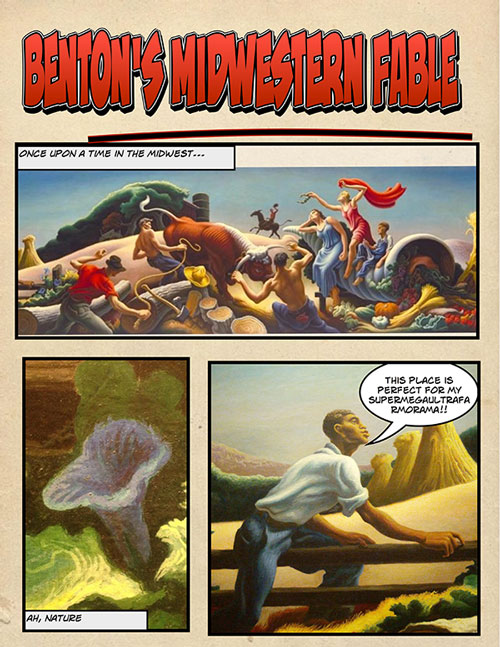 The first page of our creation, Benton’s Midwestern Fable, based on Thomas Hart Benton’s painting, Achelous and Hercules.

Stay tuned for Part 3 in our EdLab series! And for more information, contact the EdLab team at npm.mobilelearning@si.edu .