Always nice to see bright spots around the network – great job and congratulations to all!

The Kresge Foundation of Troy, Michigan, recently awarded the National Mississippi River Museum & Aquarium (Dubuque, Iowa) a $1 million challenge grant for the construction of the Diamond Jo National River Center. The challenge was contingent on the museum raising the remaining $4 million of its $12 million in private donations toward the $40 million project.

The Oracle Education Foundation (OEF) has partnered with The Mary Brogan Museum of Art and Science (Tallahassee, Florida) to launch an innovative online learning initiative for students and teachers. The initiative will leverage ThinkQuest, OEF’s online learning platform, to create three online projects focused on museum exhibits. In addition, OEF and The Brogan Museum will work together to train 1,000 teachers on how to integrate ThinkQuest and project learning into their curricula.

Community Foundation for Southeast Michigan approved a $100,000 grant for the Arab American National Museum over two years for programming to support an exhibition about Arab American contributions in civilian and military service from the Revolutionary War to the present. Patriots and Peacemakers: Arab Americans in Service to Their Country will travel to museums, military academies and bases throughout the country.

The Wing Luke Museum of the Asian Pacific American Experience was honored by First Lady Michelle Obama in a recent White House ceremony.  “The Wing” was one of just 15 programs across the country to receive the 2010 National Arts and Humanities Youth Program Award, the highest honor for afterschool arts and humanities programs. 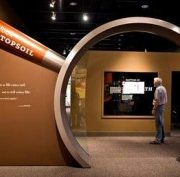 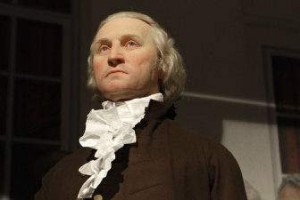 A life-size wax figure of George Washington appears in the “Discover the Real George Washington: New Views from Mount Vernon” exhibit at the North Carolina Museum of History in Raleigh, N.C. By The Associated Press

North Carolina Museum of History (Raleigh, NC)
There’s the George Washington made famous in the Gilbert Stuart portrait found in many elementary schools and, in engraved fashion, on the $1-dollar bill: a severe man, whose severity is accentuated by thin, taut lips. READ MORE 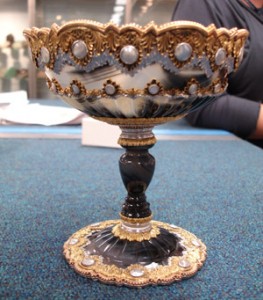 Smithsonian Cup goes on display at Lizzadro Museum of Lapidary Art in Elmhurst, Illinois. The cup was designed by Gianmaria Buccellati and donated to the National museum of Natural History in 2000. The cup is only on view at the museum until October 10, 2010.

Durham Museum (Omaha, NE)
Be one of the first to see Dig It! The Secrets of Soil created by the Smithsonian’s National Museum of Natural History. READ MORE
Get the dirt on something we just can’t live without. READ MORE 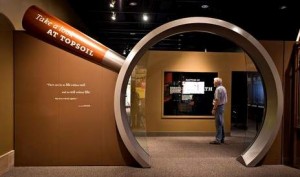 “Dig It! The Secrets of Soil” opens at the Durham Museum on October 2.