Framingham State University (Framingham, MA) is part of a six university consortium, as well as the Massachusetts Department of Higher Education, to receive a $441,367 grant from the U.S. Department of Education (DOE) aimed at increasing the number of college courses utilizing free Open Educational Resources (OER) rather than costly textbooks. The project – Remixing Open Textbooks through an Equity Lens (ROTEL): Culturally Relevant Open Textbooks for High Enrollment General Education Courses and Career and Professional Courses at Six Public Massachusetts Colleges – will test the hypothesis that underrepresented students will achieve higher academic outcomes if free, culturally-relevant course materials that reflect their experiences are utilized. Student savings on textbooks over the three-year grant period are projected to be over $800,000, and the goal is to create a new model that provides continued savings long into the future.

The Dubuque Museum of Art (Dubuque, IA) received a $20,000 operational support grant from the Dubuque City Council as a result of the financial impact from the pandemic.

The Infusion Fund awarded Carolinas Aviation Museum (Charlotte, NC) an $80,573 grant to support the museum’s operating budget which was impacted by the pandemic. The Museum also received a $1.5 million gift from Honeywell to catalyze the launch of the The Lift Off Campaign to develop a new state-of-the-art facility in Charlotte.

The National Park Service announced the award of 17 projects of the Underrepresented Community Grant Program which is focused on working towards diversifying the nominations submitted to the National Register of Historic Places:

The following Affiliates initiatives were some of the 239 humanities projects awarded grants from the National Endowment for the Humanities:

The Institute of Museum and Library Services (IMLS) announced grant awards through the agency’s largest competitive grant program, Museums for America, and its special initiatives, Museums Empowered and Inspire! Grants for Small Museums to improve services to their communities:

The Iowa Department of Cultural Affairs awarded a grant to Dubuque Museum of Art (Dubuque, IA) for general operating support as part of a statewide effort to help fuel the resurgence of Iowa’s arts, film, heritage, humanities, and creative sectors as they continue to rebound from substantial financial losses as a result of the pandemic.

Blue Origin and its foundation, Club for the Future, have awarded U.S. Space & Rocket Center (Huntsville, AL) and Space Center Houston (Houston, TX) a $1 million grant each to inspire future generations to pursue careers in STEM and help invent the future of life in space.

The 2021 grant cycle of the Nissan Foundation dispersed a total of $697,000 in grants to nonprofit organizations that promote cultural diversity:

The New Mexico Museum of Space History (Alamogordo, NM) was awarded a “One Small Step” grant from the SPACE 3.0 Foundation. The grant will allow the museum’s curatorial department to digitize more than a dozen space related 16mm films from the 1960s that reside in the museum’s collection, including several associated with the Gemini and Apollo programs.

USS Constitution (Boston, MA) was named winner in the “Historic Sites & Tours” category for Boston Parents’ Family Favorites. It is the fourth year in a row that the museum has received this award from the readers of Boston Parents Paper.

North Carolina Museum of History (Greensboro, NC) was the recipient of an Award of Excellence by the American Association for State and Local History for the multimedia project How We Got That.

The Education Professional Network of the American Alliance of Museums presented the Pandemic Innovation and Education award to the Durham Museum (Omaha, NE), recognizing the museum’s Museum Live! program. The Durham received the award in the mid-sized museum category that honored education efforts created, re-invented or revamped in response to supporting audiences during the pandemic.

Plimoth Patuxet Museums announced that Mayflower II has been named a recipient of the 2021 Paul and Niki Tsongas Award by Preservation Massachusetts, the statewide non-profit organization dedicated to preserving the Commonwealth’s historic and cultural heritage.

The National Civil Rights Museum (Memphis, TN) has named Dr. Russell Wigginton as the museum’s next president.  Dr. Wigginton will begin his new position on August 1. He brings 29 years of experience in education, philanthropy, executive management, and program development, as well as strategic planning and partnership building.

Dawn DiPrince was named the new executive director of History Colorado (Denver, CO) and will assume the role on Sept. 1, 2021. She succeeds the retiring Steve Turner. Dawn has worked at El Pueblo History Museum and with all the other History Colorado Community Museums, moving to Denver in 2019 to become the organization’s chief operating officer.

In these tough times, it’s nice to see some bright spots.  We’d like to acknowledge the following Affiliates for their hard work and accomplishments.

The Museum of Arts and Sciences (Macon, GA) received a $10,000 grant from College Hill Corridor to hold a spring break day camp at Tattnall Square Park.

Ellie Donovan has been named Executive Director of Plimoth Plantation (Plymouth, MA). Donovan has been associated with the museum since 1974, including serving as acting executive director since March.

Michigan State University Museum (East Lansing, MI)earned the 2009 Dorothy Howard Folklore and Education Prize from American Folklore Society (AFS) for their publication “Folk Arts in Education: A Resource Handbook II,” a resource for educators to bring young people in touch with their communities, their ethnic identities and the authentic cultural expressions of their own families.

An anonymous $6 million donation to the Ohr-O’Keefe Museum of Art (Biloxi, MS) will fund construction on the Center for Ceramics, the fourth largest of the Frank Gehry buildings planned for the site.

Strategic Air and Space Museum (Ashland, NE) has been awarded a $200,000 federal grant through the Community Development Block Grant program. The money will be used for the repair and upgrade of various building projects.

Wisconsin Maritime Museum  (Manitowoc, WI) won three Chicago/Midwest Emmy Awards for their documentary  “Lost and Found: Legacy of USS Lagarto,” about the submarine, built in Manitowoc during World War II, that was lost in the Gulf of Siam (now Thailand) and rediscovered in 2005.

Congratulations to all the Affiliates making headlines this week! 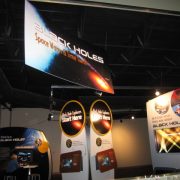 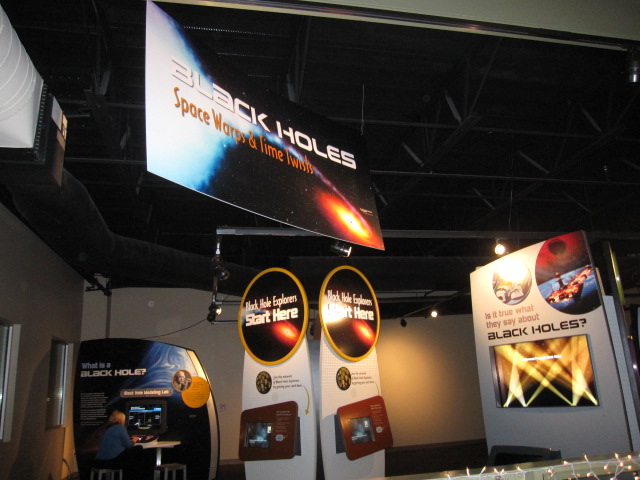 One of the most interesting questions I heard asked at the New England Museum Association conference last week was, what’s the new non-profit normal?   There was a sense that both retrenching and rethinking are in order, but that steering museums through these turbulent times will produce changes that will last far beyond the economic crisis and our eventual recovery.

The new director of Affliate Plimoth Plantation (Plymouth, MA), offered one such road map.  It’s hyper-attentive visitor experience, and a zero tolerance for unsatisfactory comments.  One of the results of recent visitor surveys at Plimoth revealed that 93% of their visitors report a very satisfactory experience.  Pretty good right?!  Except for director Ellie Donovan, a missionary for high-quality visitor experience in every regard.  She recognizes that the other 7% represent 25,000 people who are not shopping in the store for things to remember a bad experience, and are not saying nice things to their friends.  In short, that 7% represent thousands of dollars of potentially lost revenue, that no museum or historical site can stand to lose.  A powerful argument.

The keynote speaker at NEMA made a nuanced plea for new non-profit normal too, that is, how museums need to step up to their role as builders of social capital in a community.  Social capital is a metric, measured by community and state by such statistics as the number of active voters, volunteerism, crime rates, even TV-watching rates (a negative indicator).  Unsurprisingly, his research has shown that, the higher the social capital, the higher are other rates of happiness indicators – education achievement, lower incarceration rates, etc.  Lewis Feldstein, President of the New Hampshire Charitable Foundation, challenged all the museum professionals present to ask themselves how their organizations are building social capital.  Do new immigrants come to your museum to learn about the community’s history or cultural activity?  Do local civic groups call you to use your facilities for meetings?  Is your staff serving on community boards, active and visible members of civic life in your city?  All (and more) are important questions for establishing the relevancy of museums to the contexts of their communities.

But not all the discussions at the conference were that deep and soul-searching.  I was lucky to see Black Holes: Space Warps and Time Twists, an exhibition organized by the Smithsonian’s Astrophysical Observatory, at the McAuliffe-Shepard Discovery Center in Concord, NH.  (Ok, how many knew that Christa McAuliffe was a high school social studies teacher from Concord, NH High School?  Or that the quote, “I touch the future, I teach,” was hers?!)  It was a wonderfully interactive exhibit with a variety of media stations that allow the visitor to weigh black holes and dive into them, among other activities.    And I met the young enthusiastic safari-clad staff of scvngr – a do-it-yourself interface template for creating location-based, high-tech, mobile games.  So very fun.

Overall, a very pleasant, thought-provoking week in New England.  How about you – what’s the chatter at your regional association or museum?