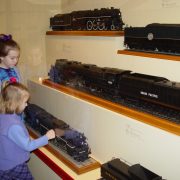 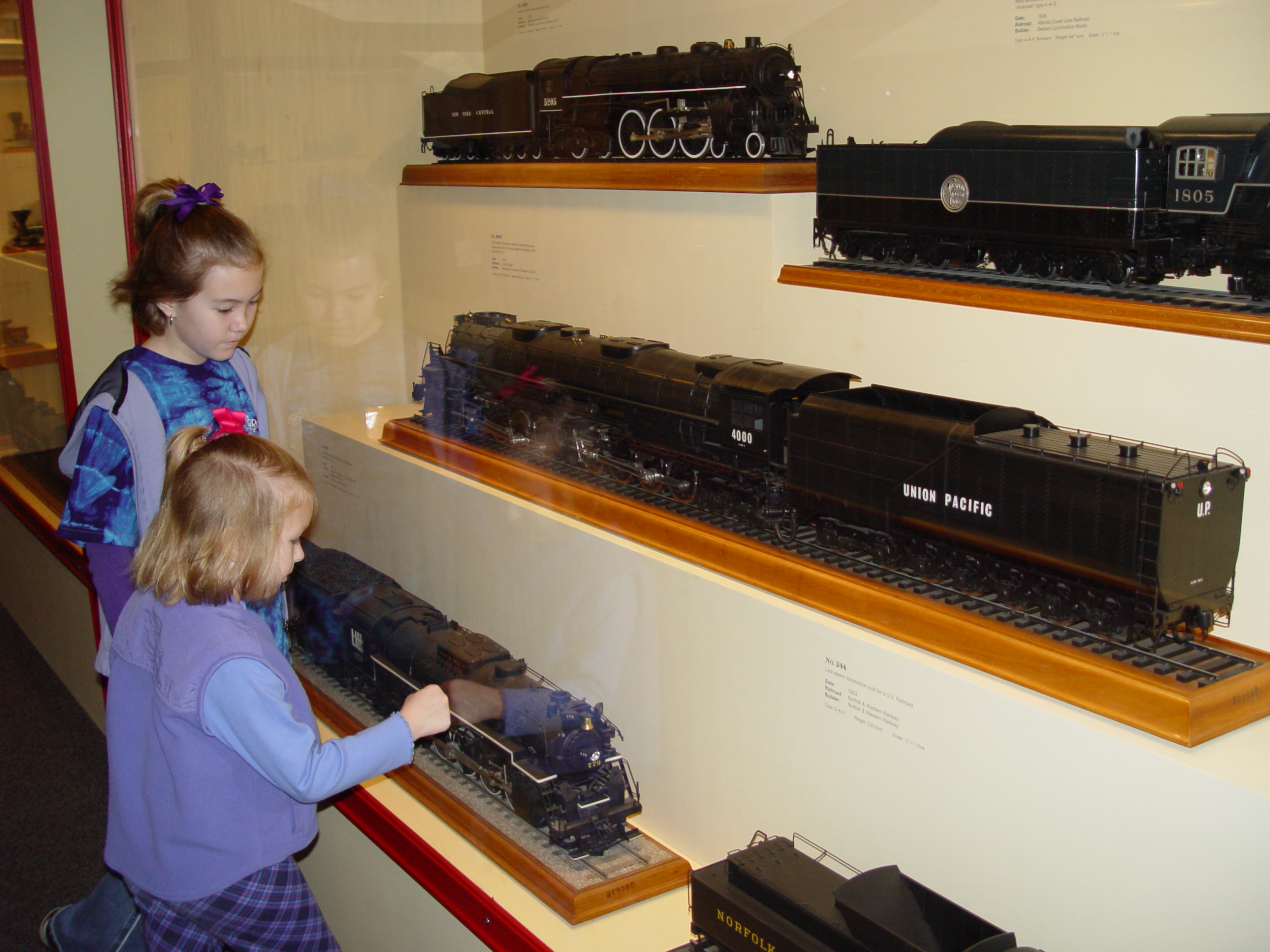 A collection of railroad scale models at the Baltimore & Ohio Railroad Museum (Baltimore, MD) from the National Museum of American History. They are considered by many to be the finest examples of railroad scale models ever produced. Originally part of “The Railroad Hall” at NMAH, they remained a part the regular attractions until 2001 when it finally closed after 37 years. 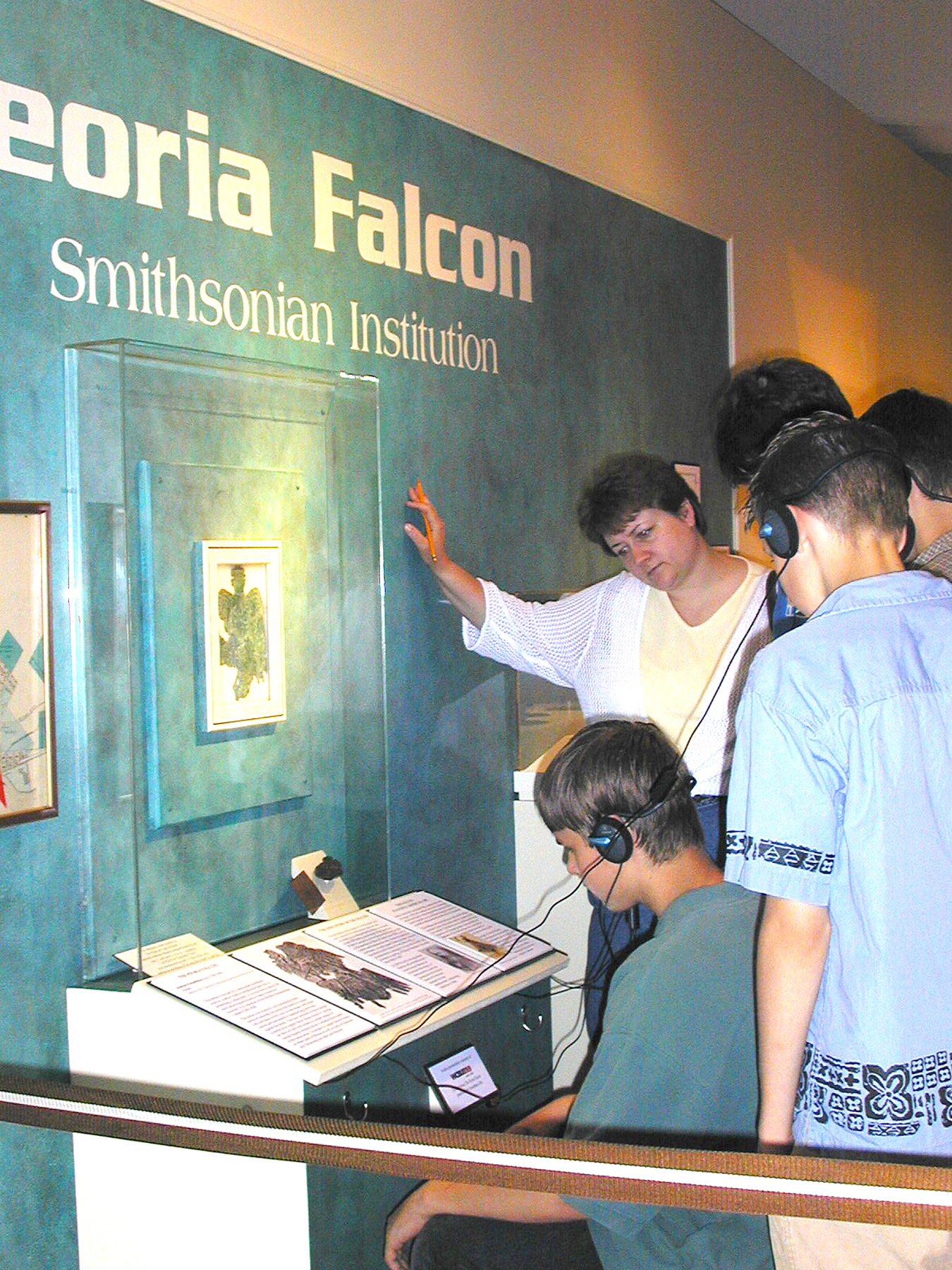 The Peoria Falcon at Lakeview Museum of Arts & Sciences

The Lakeview Museum of Arts and Sciences (Peoria, IL) has the “Peoria Falcon” on loan from the National Museum of Natural History. It’s a beautifully crafted sheet of copper in the stylized shape of a falcon from the Mississippian period. It was excavated near Peoria in the nineteenth century.

The largest Smithsonian object –the Saturn V Rocket– is on loan to the U.S. Space and Rocket Center (Huntsville, AL). The Saturn V successfully propelled the Apollo II crew to the moon’s surface on July 20, 1969. It was designed and built in Huntsville and consisted of more than 3 million parts, making up 700,000 components. 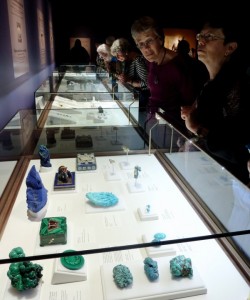 "All That Glitters" at San Diego Natural History Museum.

Balboa Park in San Diego, CA, is home to two Affiliates– the San Diego Air & Space Museum (SDASM) and the San Diego Natural History Museum (SDNHM). You can see gems and jewels from the Smithsonian National Museum of Natural History in SDNHM’s exhibition “All That Glitters.” And check out the Apollo 9 command module, Gumdrop, on view at SDASM on loan from the National Air & Space Museum. 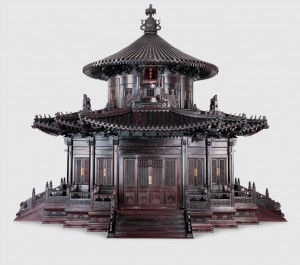 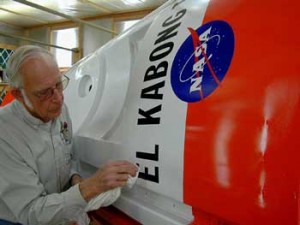 El Kabong at The Air Zoo

The National Air and Space Museum loaned the “El Kabong I” capsule from NASA’s Project Gemini to The Air Zoo (Portage, MI). It was used for drop tests involving the Para-Sail landing system, which was never adopted for actual Gemini flights. 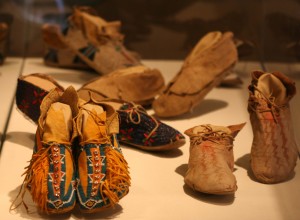 Historic Arkansas Museum(Little Rock, AR) has about 50 Native American artifacts on view from the National Museum of the American Indian in their “We Walk in Two Worlds” exhibition.

Find a Smithsonian Affiliate in your neighborhood!