were five of 54 museums nationally to receive the  grants from the Institute of Museum and Library Services. The National Mississippi River Museum & Aquarium received a $2,948 grant to conserve native son and nationally known artist Alexander Simplot’s painting of the steamboat Virginia titled Steamboat Taking on Wood. Plimoth Plantation received $1,153 to preserve and protect house the museum’s 130-item rare book collection which provides perspectives on both the seventeenth century and the legacy of the English colonists and native Wampanoag people living in seventeenth-century Plymouth Colony. The Senator John Heinz History Center received $2,975 to conserve the Adam Saam discharge paper, which is believed to be the only surviving example of the elaborate pre-printed form of discharge paper from the King’s Royal Rifle Corps. Wing Luke Asian Museum will use their $3,000 grant to conserve the painting, Rock Island Dam, by Japanese-American Painter Takuichi Fujii. The Wisconsin Maritime Museum received $3,000 to purchase equipment to record temperature and relative humidity levels in its newly expanded museum facility and on the submarine USS Cobia, a National Historic Landmark vessel.

The Arizona State Museum (Tucson, Arizona) was awarded a $400,000 grant from the federal preservation competition Save America’s Treasures. The project entitled Saving Woven Wonders of American Heritage will rehouse the most comprehensive collection of Southwest Native American woven basketry in a climate-controlled space, which will include visitor visibility, to mitigate threats from light, temperature, humidity, insects, and abrasion.

The Wisconsin Maritime Museum (Manitowoc, Wisconsin) will be part of a $39,550 Joint Effort Marketing grant presented by the Wisconsin Department of Tourism to market a new multi-community sales promotion, “Wisconsin’s Schooner Coast Passport. 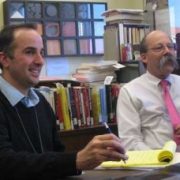 summer at the smithsonian 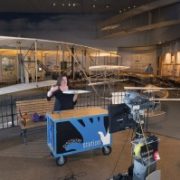 Coming Up in Affiliateland in June 2018

the Moon is rising in Affiliateland in April 2019 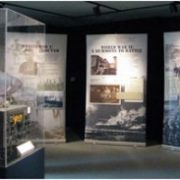