Congratulations Affiliates on these recent accomplishments!

Citizens Bank and the African American Museum in Philadelphia (PA) have partnered for the 12th year to celebrate the life and legacy of Martin Luther King Jr. Citizens Bank has contributed $25,000 to support the museum’s King Weekend Celebration. The celebration includes four days of events and special activities, culminating in a free and discounted day at the museum on MLK Day 2018.

Telluride Foundation has awarded a grant of $18,000 to assist the Pinhead Institute (Telluride, CO) to pay for its programs in Norwood, the West End, Ridgway and Ouray. In addition, Pinhead Institute has been awarded a $30,000 general operating grant from the Daniels Fund to support K-12 STEM education and internships throughout rural, Southwest Colorado. 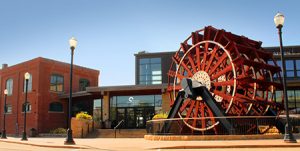 Congrats to the National Mississippi River Museum on their recent funding awards!

– Alliant Energy Foundation has awarded the Museum & Aquarium funds to support its current Rivers to the Sea 2.0 Expansion. Through a biological, environmental, and conservation focus, this project includes a robust educational outreach program and supports the recently opened Conservation Lab.

– The Iowa Economic Development Authority, through an Iowa Tourism Grant, has awarded the Museum & Aquarium funds toward a new, custom-built, mobile-first website.

Ann Fortescue, Executive Director of the Springfield Museum of Art (Springfield, OH) has been selected to serve on a select state arts group. She will join the Ohio Citizens for the Arts Board, a nonprofit, grassroots arts advocacy organization to promote excellence in the arts, advocate directly with legislators, government leaders and other influential leaders and to build membership.

Union Station, Kansas City (MO) was honored with the Heart of Kansas City Award for “Attraction of the Year”. This prestigious recognition was given by the Greater Kansas City Attraction Association. Union Station was specifically recognized as Attraction of the Year “for its exemplary yearly attendance of over 1.8 million, its internationally-awarded Science City, world-class touring exhibitions, seasonal celebrations and events like the annual Maker Faire and more.” 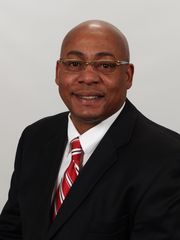