Such great news from Affiliateland.  Bravo to all!

The National Park Service’s American Battlefield Protection Program announced it had awarded a $19,000 grant to the Mashantucket Pequot Museum and Research Center (Mashantucket, Connecticut) to research details of the battles between colonial settlers and Pequot Indians at Fort Saybrook.  Saybrook is the earliest settlement in Connecticut, and the focal point of the Pequot War.

The Shelly & Donald Rubin Foundation announced an exciting new collaboration between Baruch College and the Rubin Museum of Art (New York, New York) with a $200,000 grant, plus a commitment to make four additional $200,000 grants over the next four years for a total of $1 million dollars. Through its diverse collection of Himalayan and cultural art, the Rubin Museum will introduce rich art teachings into Baruch College coursework meant to prepare students for careers in business, government, the non-profit sector, and the arts.

The Center for Jewish History (New York, New York) has received a $225,000 grant from the Vivian G. Prins Foundation to support Post-Doctoral fellowships for Emigrating Scholars, who seek permanent teaching and research positions in North America.

Two Smithsonian Affiliates were awarded funds through The Institute of Museum and Library Services (IMLS) as part of the Museum Grants for African American History and Culture (AAHC) program:

Birmingham Civil Rights Institute (Birmingham, Alabama) was awarded $129,830 for the project “Integration for Efficiency Technology Initiative” to improve its delivery of programs and services to its diverse audiences by enhancing staff capacity to effectively utilize technology.

National Underground Railroad Freedom Center (Cincinnati, Ohio) was awarded $66,096 for the project “The National Underground Railroad Freedom Center/Coca-Cola Foundation Museum Science Apprenticeship Program” that will go to support one new participant in this intensive program that combines on-the-job training and classroom instruction over a two-year period with the goal of providing the expertise needed to sustain a career in the museum field.

Six Smithsonian Affiliates were awarded funds through The Institute of Museum and Library Services (IMLS)  as part of Museums for America (MFA) grants:

Arkansas Museum of Science and History ( Little Rock, Arkansas) received $150,000 for the creation of two new exhibitions “Tornado Alley Object Theater” and “Extreme Weather Channel” designed together to educate visitors on the causes, potential effects, and safety measures of tornados–an event familiar to the region.

Japanese American National Museum (Los Angeles, California) was awarded $137,806 to fund the “Xploration Lab” project, which will feature two iterations of a prototyping gallery and interactive exhibition designed to provide JANM with the opportunity to actively engage its audiences in the development and evaluation of interactive elements and programmatic content created for the museum’s new permanent exhibitions, which are currently in development and are slated to open in 2011 and 2013.

Mashantucket Pequot Museum and Research Center (Mashantucket, Connecticut) received $144,051 for “Pequot Lives in the Early 20th Century: Exhibition and Multimedia Installation”, an exhibition consisting of a re-created Pequot reservation house from the early 1900s and a multimedia installation, “Almost Vanished,” that tells the story of the Pequot community between 1860 and 1940.

Frazier International History Museum (Louisville, Kentucky) will receive $150,000 to implement a traveling exhibition and programs on the Civil War, entitled “My Brother, My Enemy” looking at the divisions within Kentucky families and how the divided family became a metaphor for divisions in the state and across the nation.

American Textile History Museum (Lowell, Massachusetts) was awarded $116,343 to engage in a multiphase program, the Chace Project, to make its collections accessible to the broadest possible audience.

Ohr- O’Keefe Museum of Art (Biloxi, Mississippi)  was funded $133,143 to create “Art, Community, and Culture on the Mississippi Gulf Coast” an interpretive exhibition on the life and work of three significant figures who personify the museum’s mission to promote and preserve the cultural heritage of the Mississippi Gulf Coast: Biloxi master potter George Edgar Ohr (1857–1918), Biloxi master craftsman Pleasant Reed (1854–1936), and the new museum’s renowned architect Frank Gehry (b. 1929). 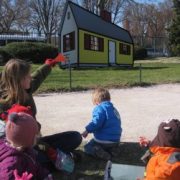 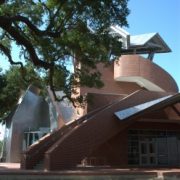 Art, Community, and Culture on the Mississippi Gulf Coast
0 replies

affiliates in the news: week of July 19

summer at the smithsonian
'; Scroll to top