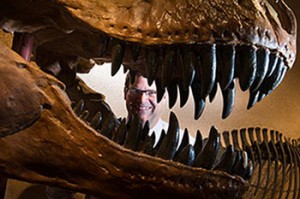 Sarah L. Voisin/The Washington Post – Kirk Johnson of the Smithsonian Institution’s National Museum of Natural History, is pictured through the cast of a Tyrannosaurus rex head.

Denver Museum of Nature and Science (Denver, Colorado)
Meet the Smithsonian’s fossil guy
“Kirk Johnson, the museum’s director, isn’t your typical coat-and-tie Washingtonian. In fact, the paleontologist and former chief curator for the Denver Museum of Nature and Science is happiest when he’s digging in the dirt in search of fossils. Add a lasso and a hat, and you’d get something like Indiana Jones (only he’s a stickler for permits).”

Plimoth Plantation (Plymouth, Massachusetts)
Mashpee Wampanoag dugout canoe on way to Smithsonian
“It’s huge,” Coombs said of the honor of having the Smithsonian accept the mishoon. “We’ve always been on the map, but a lot of people think of the Indians as only being in the West.”

PLIMOTH PLANTATION: Mishoon accepted by Smithsonian National Museum of the American Indian
“It’s an honor that the Smithsonian will accept it, and we enjoy doing new work – it keeps the job challenging,” Coombs said. “It has been a fun and educational experience. The mishoon is an invaluable piece that will add depth to the Smithsonian’s already rich representation of Northeast Native life.”

Plimoth Plantation makes replica of Native American canoe for Smithsonian
Plimoth Plantation’s Wampanoag Indigenous Program has been creating mishoons, traditional Native American canoes, for the past 40 years, but this year the hard work is being recognized. On Thursday, a mishoon made this spring will be ready to leave for the Smithsonian Institution in Washington, D.C. 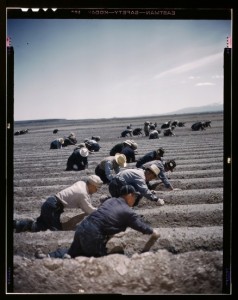 Smithsonian Accepts Dugout Canoe from Plimoth Plantation
“As a museum dedicated to the history and culture of Native American communities, we’re delighted to welcome a creation like this one that represents a living tradition among the Wampanoag,” said Kevin Gover (Pawnee) Director, National Museum of the American Indian

Institute of Texan Cultures (San Antonio, Texas)
Beloved Institute Of Texan Cultures Planning For The Future
“I think that’s one thing absolutely fantastic about the history of the United States is that you do not necessarily have to be from that place to make a difference. And I still think that continues today because we see it throughout the wonderful history of our country,” Docog said.

US Space and Rocket Center (Huntsville, Alabama)
Part 3: Barnhart Looks Ahead 5 Years, Talks about Da Vinci Exhibition
“We will have a world quality institution for life,” said Dr. Barnhart. “We are a Smithsonian affiliate, and it’s our job to tell the story of our region and the innovation and the place of invention that Huntsville is. My job is to make sure it’s strong, financially stable, and continues to tell that story well into the generations.”

Affiliates hear it first from SITES!

coming up in affiliateland in october 2013
Scroll to top