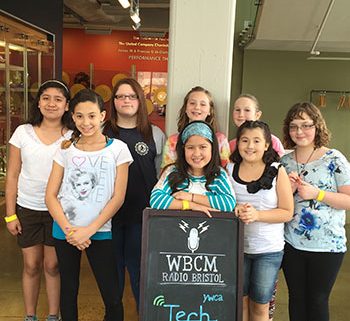 Special thanks to Rene Rodgers, curator of exhibits and publications at the Birthplace of Country Music Museum in Bristol, Virginia, for this guest post.

As a new museum, this past September was the Birthplace of Country Music Museum‘s first time participating in Smithsonian magazine’s Museum Day Live! So we were excited when a special Museum Day Live! event was planned for March 12, 2016. Having been open for a year and a half, we were ready to make something special of this special day.

Being held during Women’s History Month, this year’s Museum Day Live! was focused on encouraging all people – and particularly women and girls of color – to explore our nation’s museums and cultural institutions. We wanted to see new visitors come through our doors for this March event – and we did! We saw around 340 visitors bearing their free admission ticket, many of whom had never been to the museum before, along with several dedicated volunteers and members. 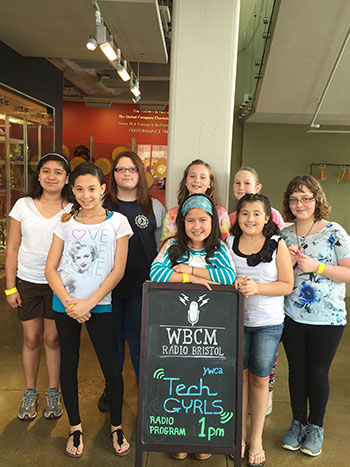 More importantly, we wanted to create a learning opportunity at the museum for underserved girls within our community. Therefore, in keeping with this year’s theme, we partnered with the YWCA Bristol TechGYRLS, a local afterschool program based on a STEM-focused curriculum and geared towards supporting girls aged 9–15 who would otherwise have limited access to and experience with technology.

We decided that a fun focus for this partnership would be helping the TechGYRLS to create a special radio program for WBCM, our in-museum working radio station. To prepare for their radio debut, the girls toured the museum in early February, exploring the exhibits to find topics to cover in their radio program. They also got the chance to record a “radio drop,” or teaser, to promote the show. With very little rehearsal, the girls nailed their radio drop – they were complete naturals!

Using the ideas they had gathered from their tour, the TechGYRLS then worked directly with museum and radio staff to develop their script and create a lively complementary playlist of songs from Orthophonic Joy: The 1927 Bristol Sessions Revisited. They also got the chance to learn more about how a radio station works and how to put together a radio program from our radio staff.

After a bit of tweaking and some rehearsal time, the TechGYRLS came back to the museum a few days before Museum Day Live! to pre-record their show. Their interviews were filled with energy and enthusiasm. They described how their visit to the museum showed them how important the Bristol Sessions were in American music history and that the old-time music playing in our exhibits made them want to dance! And they shared the many ways the YWCA Bristol TechGYRLS program impacts their lives, with one student saying that it “teaches you to include everyone no matter how different…and that just because you aren’t a man, doesn’t mean you can’t grow up and be what you want to be.” Wisdom out of the mouths of babes! 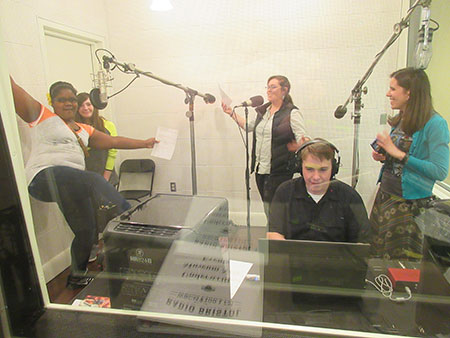 When March 12 finally arrived, we were excited – and so were the girls. YWCA Bristol brought several of them to the museum an hour or so before their radio broadcast, giving them plenty of time to explore the museum further and take a peek at our new special exhibit “Made in Tennessee: Manufacturing Milestones.” A few parents came along too, and we heard that a couple of families were ready to listen together at home to the show on WBCM. While the show was broadcasting on the radio, we streamed it into the museum’s performance theater, inviting our museum visitors to come in and listen as part of their Museum Day Live! experience.

Seeing the girls faces as they listened to themselves on the radio, seeing them really realize that listeners throughout Bristol (and possibly across the world!) were hearing their ideas and thoughts, was amazing. The TechGYRLS shared their time and energy with us, they gave voice to their lives and experiences, and the result was one of the most fulfilling and proudest moments we’ve had at the museum so far. 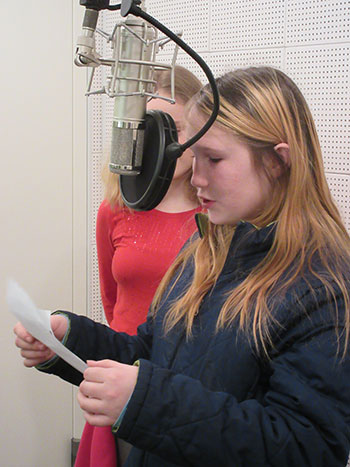 Tonja Leonard, Director of TechGYRLS, emphasized how important it is to provide the girls with experiences and opportunities to see technology as part of their everyday lives. She noted that this experience brought huge value to the TechGYRLS program – it not only provided a wonderful learning experience for the girls but also helped to broaden their perspectives and further their educational values, giving them an opportunity that was not possible through the school system. Tonja added, “this opportunity certainly empowered our TechGYRLS.”

We also got to hear directly from the girls about their experience at the museum and on the radio (along with a lovely thank you card, signed by all of them!):

Hearing the impact this partnership – inspired by Museum Day Live! – had on the TechGYRLS has been incredibly moving. But the things we gained from this experience were just as positive: the use of our radio station as a wonderful community learning tool; the ability to share our museum with young girls and get their feedback in a direct and meaningful manner; the possibilities for further partnerships and outreach programs in the future; and the way a program like this, written and produced by local youth, took our museum and its mission further into our community – to name just a few.

March’s Museum Day Live! was a huge success for us – and an amazing experience. Most importantly, it had as significant an impact on us as it did on the TechGYRLS, and for that we couldn’t be more grateful. 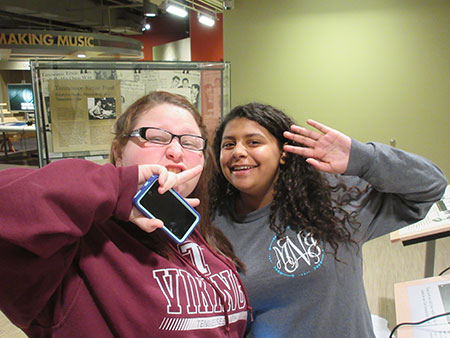 Affiliates in the news: April edition

Affiliates in the news: May edition
'; Scroll to top