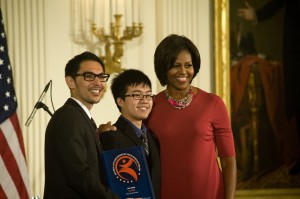 2011 is a big year for organizations–20 at the latest count–celebrating their 10th anniversary as Smithsonian Affiliates.  To honor these Affiliates we’ll be blogging monthly about each one as they reach this milestone.

Seattle, Washington, is home to the Wing Luke Museum of the Asian Pacific American Experience, better known as “The Wing,” the nation’s only museum devoted to the Asian Pacific American experience. Active participants in Smithsonian Magazine’s Museum Day each year, The Wing has also included programming from The Smithsonian Associates and brought Smithsonian Institution Traveling Exhibition Service exhibitions to their community. Recently, during a White House ceremony, First Lady Michelle Obama honored The Wing’s YouthCAN after school program with a prestigious national award for its impact in engaging young people in the arts and humanities. 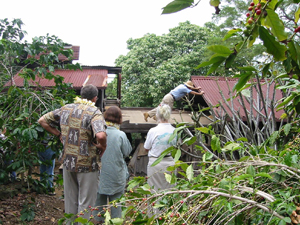 Did you know the Smithsonian has Affiliates in Hawaii? The Kona Historical Society in Captain Cook, Hawaii, also celebrates its 10th anniversary in February. The society maintains two historic sites and the Jean Greenwell Archives, which boasts the largest photograph collection on the Big Island; over 140 maps; many rare and out-of-print books; historical records including manuscripts, pamphlets and oral history interviews; and films and videotapes of Kona. The Society is in the process of raising $1.5 million over the next three years to expand the Kona Coffee Living History Farm which will create a permanent exhibition space for “The Kona Coffee Story:  Along the Hawai’I Belt Road,” an award winning exhibition created in a partnership which included the Japanese American National Museum (another Smithsonian Affiliate) and which was donated to the Kona Historical Society.

So, Happy 10th anniversary to The Wing and Kona Historical Society! And here’s to many more years of collaboration.