Special thanks to our Smithsonian Affiliations summer interns Lisa Hung (University of California, Irvine) and Neema Amadala (University of Calgary) for participating in the Smithsonian’s EdLab Teacher workshops in order to share their experiences with us. This is the first of four guest posts in their “Teaching in a 21st Century Classroom” series.

Teaching in a 21st-Century Classroom: Mission Impossible?
By: Lisa Hung

Head tilted, eyes down, arms under the desk, occasionally glancing to see if anyone else can tell what she’s up to. Sweat drips down her brow as she struggles to fix the series of â€˜autocorrects’ that can’t help but get her chuckling – the sound of the footsteps draw near and her heart is racing, she looks up in the nick of time and exhales in relief. As the teacher walks away, she picks right back up where she left off. We’ve seen it before, kids on their phones getting pulled away from the classroom. Technology in the hands of a student in a formal classroom environment has become a stigma, something that many feel are taking the students away from their learning. But why turn the other way when you can face the issue, why allow technology to take away from learning when we can use it to enhance it?

Smithsonian’s EdLab Teaching in the 21st Century workshop is aimed to allow educators to explore and launch new media practices for their classrooms providing a safe environment for the educators to come together and work in teams to develop tools and skills that can be applied in their classrooms. On Monday, I was able to partake in this experience. Kim Skerritt and Jeff Meade led the workshops and assigned a warm up by having us write what we thought a 21st-century classroom looked like. Going around you could see words like “classroom without walls”, “interactive”, and “technologic”.  Upon discussion, many of the participants raised some good points and we ultimately asked – are our kids running into school with the same excitement they have running out? 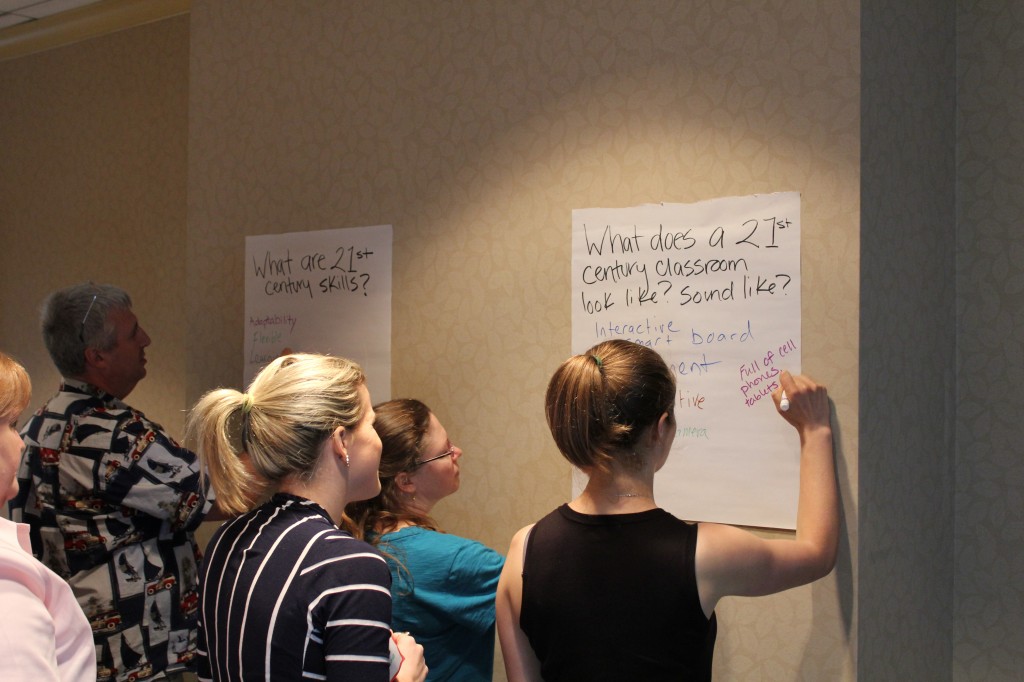 The mission for the week was to ask how you can solve real conflict, whether that’s in or beyond the classroom. Today’s particular mission was to use objects to inspire activism, so we were split into groups and asked to explore the Smithsonian Castle and search for that piece of artwork and apply it to our weekly theme of “conflict”. Each group member took on a role, and altogether partook in a mission to interview, research and put together a final product. In the Smithsonian Castle, there are cases that represent the 19 different Smithsonian museums and each group chose a different one to represent their cause. For example, the group I was in chose Seed Catalogues in order to represent the issue of eating healthy non-processed foods.  At the end of the day, we were able to immerse ourselves in an environment in which all the participants were able to connect with each other and we left the classroom enthusiastically knowing that we will be running in the same way on Tuesday. 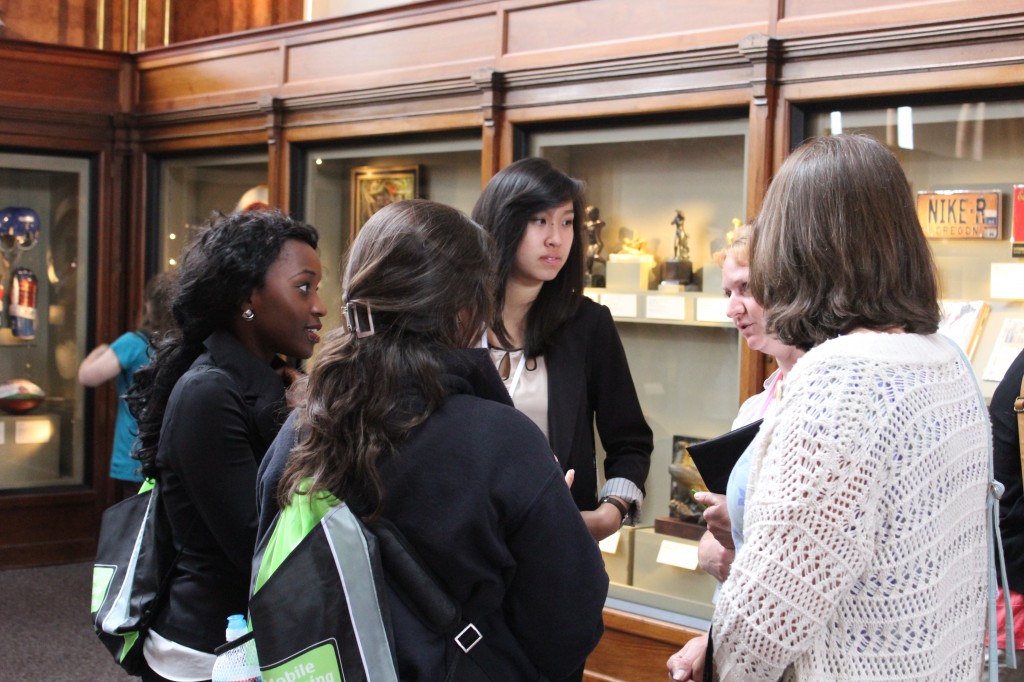 Announcing the I. Michael Heyman Smithsonian Across America Affiliations&nb...

Creativity in the Classroom: Mission In Progress
Scroll to top