Today marks the 10-year anniversary of the Smithsonian’s partnership with the National Museum of American Jewish History (NMAJH) in Philadelphia.  When we met, the Museum shared space on Independence Mall with the  Congregation Mikveh Israel (known as the “Synagogue of the American Revolution”), whose members founded the Museum in 1976.   As the only Museum in the nation dedicated exclusively to the American Jewish experience, its 15,000 square feet presented an opportunity to share over 100 exhibitions and the largest collection of Jewish Americana in the world. 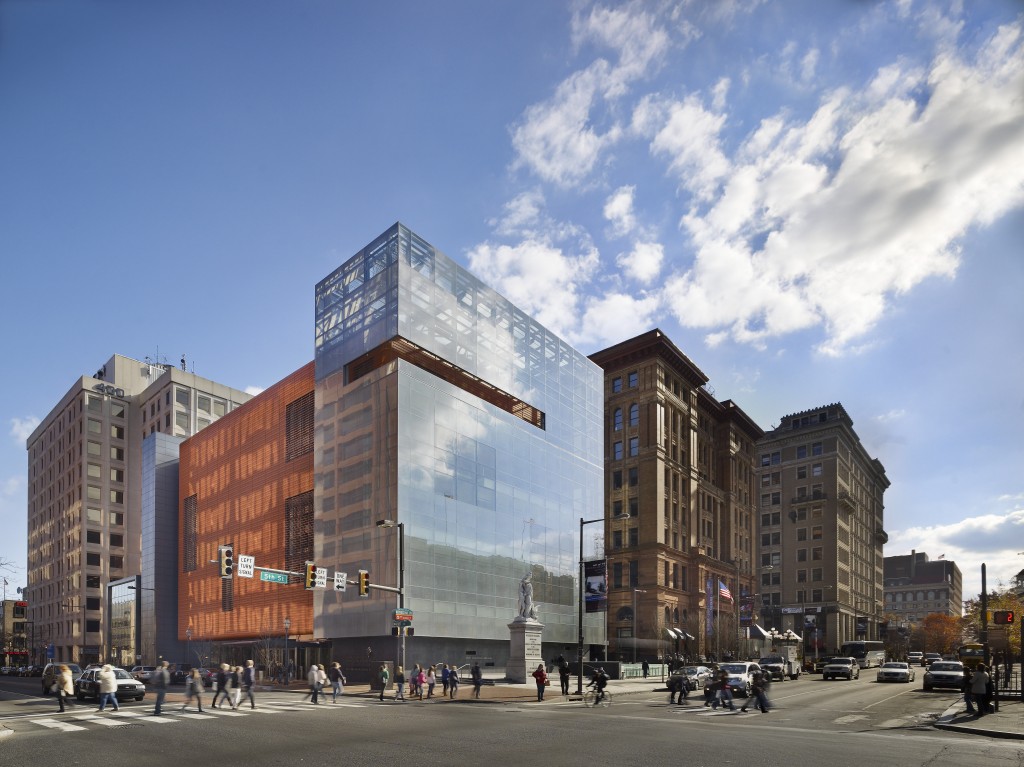 Today, the Museum has moved a half-block, to a new,  state-of-the-art five-story building facing the Liberty Bell that will be celebrating its first birthday this November.  This location is significant and appropriate.  The Museum documents the 350+ year history of Jews in America, and in so doing, celebrates the freedoms that have made it possible for Jewish Americans – or any other ethnic group – to flourish in this country.

With the opening of the Museum’s new home, our partnership reached new heights.  NMAJH is now displaying artifacts that are among the most rare and valuable in all the Smithsonian’s collections.  Visitors to the Museum can see Albert Einstein’s pipe, Sandy Koufax’s baseball glove, and Irving Berlin’s World War II uniform, among other items of Jewish Americana.  And our plans to share even more objects extend for many years forward.

So, to our friends and colleagues in Philadelphia – mazel tov!  Here’s to our accomplishments and may there be many more to come in the next ten years.