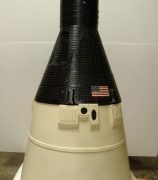 And check out the Around the Mall blog to learn where you can find Smithsonian artifacts at an Affiliate near you during Museum Day.

Here’s a sample of what a few Affiliates are doing to bring the Smithsonian to their neighborhoods on Museum Day: 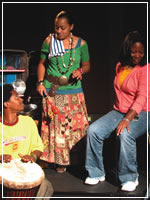 Greensboro Historical Museum (Greensboro, North Carolina) will host The Smithsonian Associates Discovery Theater’s traveling show, African Roots, Latino Soul, a vibrant play that explores what it means to grow up in the American melting pot. Filled with laughs and surprises, and written with the Young Playwrights’ Theater, the play is a look into the triumphs of today’s multicultural kids. There will be two performances at the museum on Museum Day. The performance will highlight their new permanent exhibition, Voices of a City, which emphasizes the expression of voice and their multicultural local story.

Rayna Green, curator at the Smithsonian National Museum of American History (NMAH), will give a series of talks at two Affiliates over the weekend. At The Silo at Hunt Hill Farm Trust (New Milford, Connecticut) on Friday, September 24, she’ll discuss her experiences as co-curator of the Julia Child exhibition at NMAH, followed by a reception featuring some of Child’s favorite desserts, prepared by The Silo Cooking School. Next, Rayna travels to The Long Island Museum of American Art, History & Carriages (Stony Brook, New York) for an evening “Dinner with Julia” event on Saturday, September 25. She’ll speak about Julia Child’s Kitchen at the Smithsonian and its acquisition.  On Sunday, September 26, to complement their exhibition of America’s Kitchens, organized by the New England Historical Association, she’ll discuss her experience with the Smithsonian’s Julia’s Kitchen exhibition during a public lecture on the social history of kitchens.

Virginia Museum of Natural History (Martinsville, Virginia) will be presenting a series of special Smithsonian films in the Walker Lecture Hall on Museum Day. The programs to be shown are part of the Stories from the Vaults series presented by Smithsonian Networks. In the series, host Tom Cavanagh (“Ed”) takes you on an entertaining insider’s tour of the private rooms, high-tech vaults, and cutting edge labs of the Smithsonian Institution, revealing some of the amazing artifacts and rarely seen treasures that visitors can’t see.

Challenger Space Center (Peoria, Arizona) opens their new exhibition, An Astronaut’s Life: Articles Flown In Space, including 23 items on loan from the Smithsonian National Air and Space Museum. Nineteen of the artifacts have flown in space on Gemini 8, Skylab 2, and several STS (Shuttle) missions. The artifacts tell the story of how astronauts live in space. Included are personal hygiene items such as a Gemini Survival Kit, a washcloth from the first Space Shuttle, STS-1 Columbia, clothing and bio-belt worn on Skylab 2 by astronaut Paul Weitz, space food from STS-27 Atlantis, and an actual heat shield fragment from Gemini 8 which carried astronauts Neil Armstrong and David Scott into orbit on March 16, 1966.  Photo: Spacecraft Model, Gemini. Courtesy National Air & Space Museum. Transferred from the National Aeronautics and Space Administration.

Museum Day 2010 is poised to be the largest to date, outdoing last year’s record-breaking event.  Over 300,000 museum-goers and 1,300 venues in all 50 states, the District of Columbia and Puerto Rico participated in Museum Day 2009. Last year, two million visitors logged on to Museum Day’s website to learn more about the program.