Congratulations to these Affiliates on their recent accomplishments to begin 2020! Do you have kudos to share? Please send potential entries to Aaron Glavas,

The Bath Community Fund (BCF) of Akron Community Foundation (ACF) recently awarded $26,250 to 12 nonprofits serving the township including a $4,500 grant to Western Reserve Historical Society (Cleveland, OH) to create an orientation space inside the new Gatehouse Welcome Center at Hale Farm & Village. The interpretive space will educate visitors about the history of the Hale family farm and its journey of becoming a living history museum.

The National Mississippi River Museum and Aquarium (Dubuque, IA) are the recipients of two grants. Roy J. Carver Charitable Trust awarded the museum $250,000 to support its River of Innovation exhibit. The exhibit will feature a 19th-century machine-belt shop theme and will have interactive attractions for guests and add STEM-based learning into its growing educational programs. Alliant Energy also awarded the museum $5,000 for a new otter pup exhibit and press on the importance of watershed ecosystems.

The Arts Council of Greater Kalamazoo announced the winners of grant funding totaling $28,000 including $1,100 to the Air Zoo (Portage, MI) to support participation in the 2020 International Association of Amusement Parks and Attractions (IAAPA) Expo.

The Iowa West Foundation Board of Directors recently approved $4.7 million in grants and initiatives funding to 18 nonprofit organization and government entities in southwest Iowa and eastern Nebraska including the Strategic Air Command & Aerospace Museum (Ashland, NE) The museum will receive $17,000 to develop and enhance after school STEM enrichment programs.

HistoryMiami Museum (Miami, FL) announced that Michele Reese Granger, marketing director at the museum, is one of this year’s PRNEWS Top Women in PR Awards winners, a recognition for her accomplishment of increasing attendance at the museum by 40 percent between 2017 and 2019.

The Women in IT Networking at SC (WINS) has been recognized with a major award for its work in bringing together a team of women to provide technical support at SC, a leading super computing conference. The initiative won the “Readers’ Choice: Workforce Diversity Leadership Award” in the annual HPCwire Readers’ and Editors’ Choice Awards. WINS is a collaboration among the University Corporation for Atmospheric Research (Boulder, CO), the Department of Energy’s Energy Sciences Network, and the Keystone Initiative for Network Based Education and Research. Following a national competition, WINS selects women who work in IT departments at universities and national labs around the country to help build and operate SCinet, the very high capacity network at SC conferences.

The B&O Railroad Museum (Baltimore, MD) received the 2019 Greater Baltimore Committee Business Recognition Award for the First Mile Stable project: a state-of-the-art equestrian facility and community center for the Baltimore City Mounted Police Unit. Each year the mayor of the City of Baltimore joins with the Greater Baltimore Committee and the Baltimore Development Corporation to recognize businesses that have demonstrated significant corporate leadership and service to improve the quality of life in Baltimore.

The North Carolina Museum of Natural Sciences (Raleigh, NC) has named Eric Dorfman as its next museum director. Currently the director of the Carnegie Museum of Natural History and Powdermill Nature Reserve in Pittsburgh, he will join the museum in early 2020. 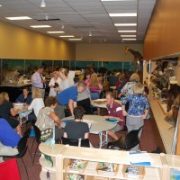 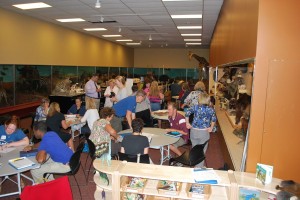 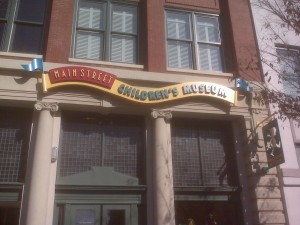