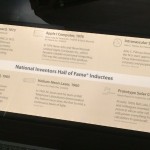 In Affiliations, we like to say that our partnerships are two-way streets. We learn as much from our Affiliates as we share. Our Affiliate partners lend ideas, energy and expertise not only to the Smithsonian, but to each other. They also lend artifacts, and often, the very best, rare ones they have in their collections.

Recently, I took an afternoon out of the office to visit the handful of loans currently on view from our Affiliate partners to the Smithsonian. What better pleasure to run in to our Affiliate friends across the country than by discovering pieces from their collections here in Washington?! 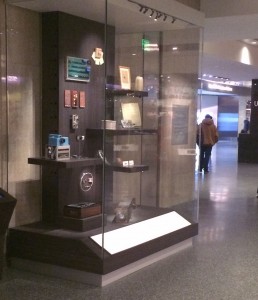 A case featuring inductees to the National Inventors Hall of Fame

My first stop on this walkabout was the National Museum of American History and its newly-opened innovation wing. The Inventing in America exhibition features a case that honors inductees to the National Inventors Hall of Fame, our Affiliate in Canton, OH. Visitors can marvel at a selection of inventions made by some of the 500 men and women who have been inducted into the Hall of Fame, and learn about inventions such as the first intravascular stent from 1984, 3M sticky notes, the first digital camera from 1975, and the 1976 Apple computer.

Descriptions of the inventions of Hall of Fame inductees

Notably, the case explains the invention of Kevlar, the high strength fabric (used for example, in bullet-proof vests) invented by Stephanie Kwolek in 1965 while she worked at DuPont. Luckily, our Delaware Affiliate, the Hagley Museum and Library in Wilmington, has an extensive collection of material about Kevlar (including Kwolek’s papers) and lent two artifacts from their collection to bring her story to life.

I wandered over to the National Portrait Gallery to see its Dark Fields of the Republic: Alexander Gardner Photographs, 1859-1872 exhibition. At one time, Gardner worked for the famous photographer Matthew Brady before casting out as an influential documentarian in his own right. The profound Civil War-era images on view in these galleries are haunting still. Among them are important works from three Smithsonian Affiliates. 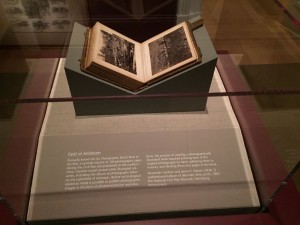 The National Civil War Museum in Harrisburg, PA lent a photographic book titled the Field of Antietam from 1962. Before photomechanical reproduction, books like this one were made by printing each of the original photographs by hand, adhering them to mounts, and binding them as a book. Knowing this process makes the book feel all that more special.

Our Affiliate in Indianapolis, the Indiana Historical Society lent chilling images of the executions of the Lincoln assassination conspirators. Notably, Alexander Gardner was the only photographer allowed to document the hangings, and his position on the wall of the prison grants a panoramic view that is searing and unforgettable. 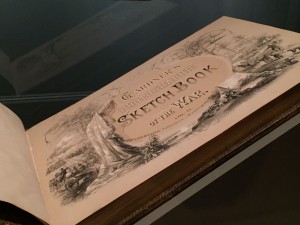 Gardner’s Photographic Sketchbook of the War, on loan from the Western Reserve Historical Society

Finally, the Western Reserve Historical Society, our Affiliate in Cleveland, OH also lent several works to the exhibition, including what feels like an incongruous view of a picnic in the woods. Alas, one discovers its main subject is Walt Whitman, who lived in Washington, D.C. for part of the war, writing letters for injured soldiers. It’s an unsettling yet bucolic image among the battlefields represented on the walls around it. Another impressive loan is Gardner’s Photographic Sketchbook of the War in two volumes. This large-scale folio published in 1866 features 100 images from Gardner’s vast collection that successfully distill the chronological narrative of the war in a meaningful and emotional way.

Finally, I ended my excursion at the Kay WalkingStick: An American Artist exhibition at the National Museum of the American Indian. This retrospective – her first major one – traces the artistic journey of WalkingStick, a citizen of the Cherokee Nation. Emerging from the art world of New York in the 1960-70s, the show traces her 40+ year career from early figurative work through her famous diptychs to recent paintings of monumental landscapes with symbolic references to their Native links.

Three Affiliates are represented in this exhibition as well. One of our newest, The Rockwell Museum in Corning, NY lent a diptych, Letting Go/From Chaos to Calm from 1990. These rich paintings of mixed dry media on sculptmetal juxtapose the figurative and abstract, the visual and visceral in stimulating and thought-provoking ways. 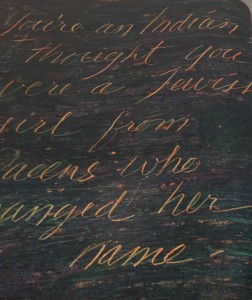 Visitors can leaf through a touchable version of WalkingStick’s artist book, on loan from the Heard Museum

The Heard Museum in Phoenix, AZ (where the show will travel after Washington) lent two works. One canvas, Cardinal Points from 1983-85, uses acrylic paint and saporified wax to achieve a textured and active surface that rewards prolonged study. Her artist book on loan from the Heard contrasts depictions of herself with the kinds of stereotypical comments about her identity that continue to plague Native people. (Flip through the book here.)

Finally, the Denver Art Museum lent a commanding diptych of a different style, Farewell to the Smokies from 2007. This oil painting on wood blends two views of a majestic mountain landscape, with silhouettes of figures walking across their base. It’s a powerful reminder of Native history, and at the same time, of the indelible legacy of Native peoples on the American landscape.

Thank you Affiliates, for all the ways that you enrich the Smithsonian! 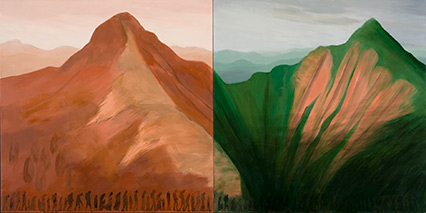