The Minnesota Historical Society announced the newest recipients of 30 Minnesota Historical and Cultural Heritage Small Grants including The Bakken Museum (Minneapolis, MN). The Museum received $9,994 to process the Earl Bakken Legacy Collection, allowing for greater public access to these resources. The Bakken Museum will also be a core research partner as part of a $1.5 million grant awarded to Binghamton University faculty. The grant will help improve makerspace learning for youth.

Framingham State University (Framingham, MA) has been awarded a $62,250 grant from the Massachusetts Higher Education Innovation Fund (HEIF) to coordinate a multi-day Racial Equity Policy Review Institute. Designed for up to 150 leaders within the campus community, participants will gain a better understanding of systemic racism in higher education and how it manifests on campus, be able to define what a racist policy is and how it shows up in student outcomes, and create an initial yearlong plan to undertake policy review.

The Rhode Island Historical Society (Providence, RI) received a donation of $50,000 from Walmart to pay for the creation of a curriculum to teach Black history and heritage in the local schools. The curriculum will include lesson plans, teacher training, and virtual learning tools.

The Rockwell Museum (Corning, NY) announced Janelle Steiner, events coordinator, and Kate Swanson, interpretation and public engagement educator, have been selected to participate in The Museum Association of New York’s (MANY) “Building Capacity, Creating Sustainability, Growing Accessibility” program. The IMLS Cares Act grant project is designed to help museums impacted by the COVID-19 pandemic share their collections and reach audiences who cannot physically visit their museums. In this two-year program, museums will identify an event or project to deliver virtually to their audiences, focusing on developing programs from stories found in their collections that reveal cultural and racial diversity in their communities.

Stephanie Haught Wade was named the new director of Historic Arkansas Museum (Little Rock, AR). Wade has been a historian with the Department of Arkansas Heritage since 2017, where she managed the Arkansas Historical Marker Program and was a member and administrator of the Women’s Suffrage Centennial Commemoration Committee. She began work on April 5.

Putnam Museum and Science Center (Davenport, IA) received three grants from local charities and foundations. Putnam was awarded a $7,500 COVID-19 Rebuilding Fund grant from the United Way Quad Cities to support essential needs for students that have resulted from the pandemic. Arconic Foundation awarded $25,000 to the museum to boost its STEM offerings and for COVID-19 relief. Finally, the Putnam received $38,500 from the Regional Development Authority to create programs to improve access and representation at the museum. 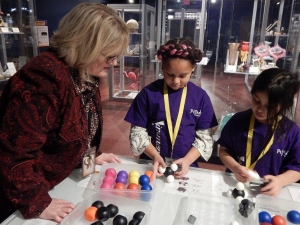 Students in the Putnam’s IMMERSE program explore the periodic table exhibit, OMG! Elements of Surprise with President/CEO, Rachael Mullins. The Putnam recently received a grant for its STEM programming from the Arconic Foundation. Credit-Putnam Museum

Humanities Nebraska provided relief grants to three Affiliates to battle the challenges of the coronavirus pandemic:

Michael “Mike” Mayo Macke donated $750,000 to the Tellus Science Museum (Cartersville, GA) as part of a long-range plan to sustain the programs and activities at the museum. Tellus honored Macke by renaming its Great Hall the “Michael Mayo Macke Great Hall.”

The National Canal Museum, part of the Delaware & Lehigh National Heritage Corridor (Easton, PA), received a $58,923 grant from the National Endowment for the Humanities to expand its digital offerings.

The Center for Jewish History (New York, NY) received a donation of approximately $1 million from Sir Len Blavatnik to support general operating expenses at the organization.

Plimoth Patuxet  (Plymouth, MA) announced that Mayflower II, its historic tall ship, has been named to the National Register of Historic Places. Mayflower II is deemed historically significant for its association with the founding story of the United States and as a full-scale ship that embodies the distinctive characteristics of a 17th-century English merchant vessel. 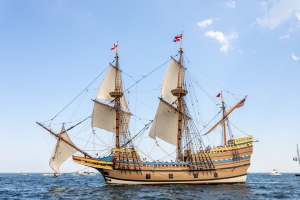 After a yearlong search, Trait Thompson has been selected to succeed Bob Blackburn as executive director of the Oklahoma Historical Society (Oklahoma City, OK).  Thompson will start his tenure on January 4. For the past six years, Thompson had been the project manager for the Oklahoma Capitol Restoration Project, shepherding the preservation and restoration of the state Capitol. 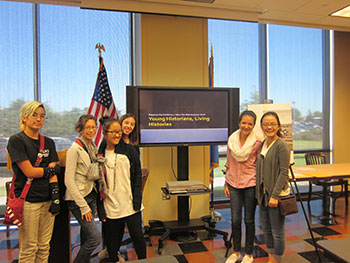 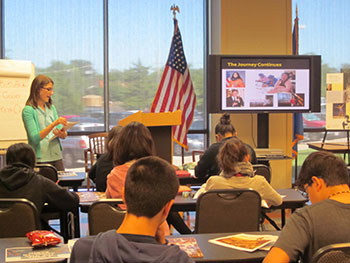 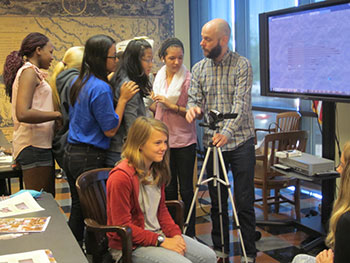 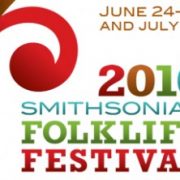 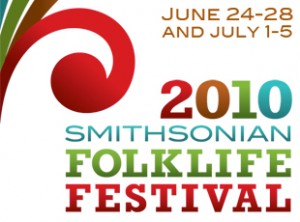 In addition to Mexico and Asian Pacific Americans, this year’s Folklife Festival features ‘Smithsonian Inside Out’ – a section devoted to explaining the inner workings of the Institution.  Tents are dedicated to work in our strategic  grand challenges, how we make exhibits and tend our grounds, our research activities around the globe, and more.

Affiliates are playing an important role in demonstrating to Festival visitors how the Smithsonian reaches audiences well beyond Washington.  The Littleton Historical Museum in Colorado and the Historic Arkansas Museum are featured on giant festival maps about the Smithsonian’s work outside D.C.  Icons for Affiliates that show the breadth of the network are highlighted as well.

The B & O Railroad Museum‘s executive director Courtney Wilson will be on the Festival’s discussion stage on July 1 with Bill Withuhn, curator emeritus at the National Museum of American History.  They’ll be discussing our decade of collaboration, and the numerous Smithsonian artifacts on view in Baltimore as a result of our relationship.

Throughout the Festival, Affiliations staff have been engaged in explaining outreach efforts to visitors.  National Outreach Manager Alma Douglas took to the discussion stage on June 27 to describe the Affiliations Program.  Other staff members are manning the “Ask the Smithsonian” tent, finding out about visitors’ hometowns and encouraging them to visit their local Affiliates.  It’s great to be able to tell Festival visitors from across the country about our extended family of Affiliates, and the Smithsonian experience they can have, even  in their own backyards.