The PPG Industries Foundation announced a $5,000 donation to the Frontiers of Flight Museum (Dallas, TX) to support aviation and space-flight education programs for Pre-K through 10th-grade students.

The Putnam Museum (Davenport, IA) has received a $300,000 grant to develop a Science and Technology Innovation Center. The Community Attraction and Tourism (CAT) grant from Vision Iowa will support the $2.2 million STEM (Science, Technology, Engineering and Mathematics) learning center that will provide hands-on learning in science, technology, engineering and mathematics.

Reginald F. Lewis Museum of Maryland African American History and Culture (Baltimore, MD) received a $128,000 grant award through The Star-Spangled 200 (SS200) Grant Program in the commemoration of the bicentennial of the War of 1812 for maximum benefit to Marylanders. The funding will go to support the exhibition “For Whom it Stands: The Flag and the American People” highlighting Grace Wisher’s contribution to the original Star-Spangled Banner and investigates the broader history and representation of the United States flag as an icon of our nation and its people

The Schiele Museum of Natural History (Gastonia, NC) received a $1,000 Smithsonian Institution Traveling Exhibitions Service Smithsonian Community Grant, sponsored by MetLife Foundation.  The award will be used to fund speakers’ fees for “Bugapolooza,” the museum’s annual celebration of the contributions made by insects to the natural world. Programs will include hands-on activities, interaction with entomologists, museum displays, and presentations by insect researchers in order to increase interest in entomology, as well as an awareness of the value of biological research programs. All programming relate to the themes of Farmers, Warriors, Builders: The Hidden Life of Ants.

A citizen science initiative led by the Adler Planetarium (Chicago, IL) and Oxford University won $1.8 million from Google’s Global Impact Awards. Zooniverse, a nonprofit collaboration between the two institutions that has already had close to 1 million volunteer scientists participating, links ongoing research to willing volunteers who, in most cases, comb through data that requires human interpretation. The 18 current projects include searching for lightcurve anomalies in telescopic images to help discover distant planets and classifying animals caught in Serengeti National Park camera traps. Zooniverse will use the money to rebuild its platform to make it easier for more science projects to take part. The money will also help the Adler extend the project to schools and youth and community groups locally.

Historic Bethlehem Partnership  (Bethlehem, PA) will hire and train costumed docents to act as historic ambassadors to Bethlehem’s Moravian history, thanks to a $45,000 allocation in 2014 by the Northampton County Council.

The American Alliance of Museums has announced that eight museums were newly accredited including  an Affiliate, the National Museum of Nuclear Science and History (Albuquerque, NM).

Assistant Superintendent Peter Aucella of the Lowell National Historical Park (Lowell, MA) received the
Department of the Interior’s Superior Service Award in recognition of his 23-year career with the National Park Service and his stewardship of the Lowell Summer Music Series.

The Executive Board of Trustees of the International Museum of Art & Science has appointed Danella Hughes as its new Interim Executive Director. 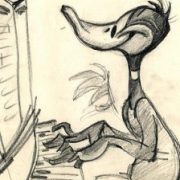 coming up in Affiliateland in winter 2015 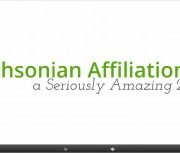 Coming Up in Affiliateland in March 2020