The Dubuque Museum of Art seeks to excite, engage and serve diverse communities within the Tri-State area through our collections, exhibitions and educational programs. We connect generations of people to their cultural heritage and exceptional art.

Stunning images of the American West available through 2 traveling exhibitions

Remnants of the West Photography by Edward S. Curtis and Mark James pairs Curtis’ iconic Native American imagery with black and white landscapes by contemporary photographer Mark James. Two oeuvres created a century apart, the artists’ works connect the past to the present, providing an opportunity to consider environmental concerns and the evolution of American Indian culture over the last 100 years.

And that’s not all! 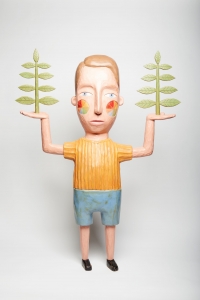 Hand Bloom 2017, by Amy Arnold and Kelsey Sauber Olds represents a collaboration of two artists who balance their skills and sensibilities to create unique sculptures in wood. Exhibited at Dubuque Museum of Art in the 2020 Craft Invitational, their sculptures also form the basis for a free family activity. 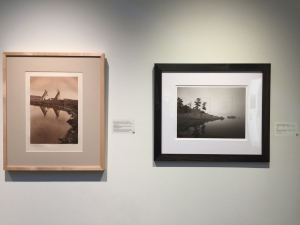 An installation shot from Remnants of the West juxtaposes photogravures of Edward S. Curtis and the black and white landscape photography of Mark James to show the geographic and cultural evolution of the American West over the last 100 years.

Free downloadable family activities inspired by the Dubuque Museum of Art’s 2020 Craft Invitational explore craft perspectives on topics from mushrooms to collaboration, from vegetables to jewelry. Grab your markers, glue sticks and aluminum foil – we’re going to have fun!

Check out this sample: COLLABORATE_CraftActivity