Science Museum Oklahoma (Oklahoma City,OK) announced that Schlumberger will provide a matching grant of $90,000 to help renovate the museum’s energy exhibit, Energy Quest. Energy Quest will feature more than 2,000 square feet of space and provide an immersive environment to explore the science, technology, engineering, and math (STEM) associated with energy production in Oklahoma.

Capital improvement funds of $600,000 were released to the Kona Historical Society (Kealakekua, HI) for the construction of The Kona Museum Gallery. The two-story, 1,360 square-foot building has been designed to blend seamlessly into the historic buildings and landscape surrounding it and will include an exhibit area, retail area, storage, and restrooms.

The Center for Jewish History (New York City, NY) received a $2.5 million matching grant from Arcadia, a charitable fund of Lisbet Rausing and Peter Baldwin, to make photographs, primary documents, and other archival material detailing the history and living legacy of Jews in the Diaspora more accessible to the public. 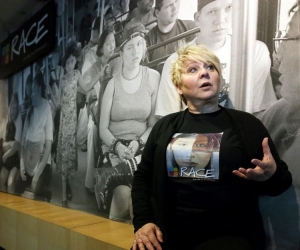 After 12 years of leading the Putnam Museum & Science Center (Davenport, IA) through some major changes, growth, and exhibits, president/CEO Kim Findlay plans to retire June 30. The Putnam’s fiscal year starts July 1, and Findlay hopes to transition with a new CEO in place by mid-June.

The Children’s Museum of the Upstate (Greenville, SC) has named Hillary Spencer as its new President and CEO. Spencer was a former director of operations for global business development at the American Museum of Natural History in New York. Spencer will take over the position on May 1, replacing interim CEO Michelle Shain, who has served the museum since July 2018 after then CEO Nancy Halverson announced she was leaving TCMU.

5 Questions With Dr. Matt ShindellComing up in Affiliateland in June 2019
Scroll to top