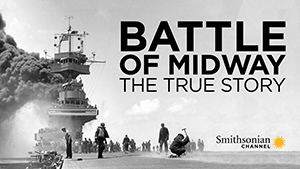 Battle of Midway: The True Story

It's June 1942 and the world's fate is about to be decided by a handful of pilots and their untested aircraft. Experience an inside look at the Battle of Midway, captured through rarely seen battle footage and firsthand accounts from its hero dive-bombing pilot, "Dusty" Kleiss. This is an hour-by-hour recount of one of the most pivotal conflicts of the 20th century. Take a closer look at how this desperately needed victory came about through the design of U.S. airplanes, the skill of the pilots, the element of surprise, and a stroke of luck.