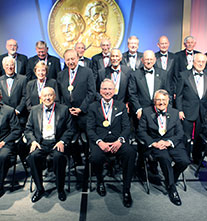 The 2015 class of inductees to the National Inventors Hall of Fame.

SOUTH CAROLINA
Affiliations director Harold Closter will give remarks at the Affiliations announcement at the Upcountry History Museum in Greenville, 5.7.

WASHINGTON, D.C.
The National Inventors Hall of Fame (headquartered in North Canton, OH) will host a series of innovation events at the Smithsonian to celebrate the 2015 class of inductees – 14 trailblazing inventors.  The induction ceremony will be held at the National Portrait Gallery/American Art Museum, 5.12.  Innovation Echo, a panel discussion with inductees, co-hosted by the Lemelson Center for the Study of Invention and Innovation, will take place at the National Museum of American History, 5.13. 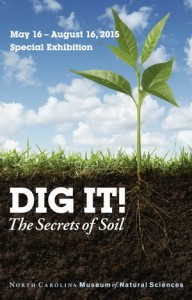 NORTH CAROLINA
The North Carolina Museum of Natural Sciences will open SITES Dig It: The Secrets of Soil in Raleigh, 5.16.

Affiliates in the news! May 2015 edition

Katharine Hepburn at The Durham Museum
Scroll to top