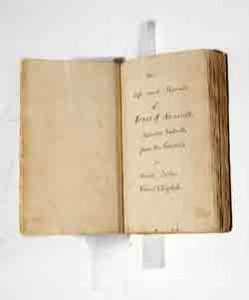 March is coming in like a lion with events all over Affiliateland!

Jefferson’s Bible, from the collection of NMAH

COLORADO
The Littleton Museum will host SITES’ Ramp It Up: Skateboard Culture in Native America featuring 28 artifacts from the National Museum of the American Indian, in Littleton, 3.2.

History Colorado will host an exhibition on Jefferson’s Bible: The Life and Morals of Jesus of Nazareth featuring four artifacts on loan from the National Museum of American History, in Denver, 3.22.

Virginia Mecklenberg, curator at the Smithsonian American Art Museum, will give a gallery talk on the Harlem Renaissance at the Mennello Museum of American Art in Orlando, 3.23.

affiliates in the news! February-March 2013
Scroll to top