Hello spring!   Like the cherry blossoms in D.C., activities at Affiliates are budding all over the country in April.

MARYLAND:
The Smithsonian Associates presents a public tour, “The Birthplace of American Railroading,” at the Baltimore and Ohio Railroad Museumin Baltimore, 4/2.

The B & O Museum will also open The War Came by Train, an exhibition commemorating the 150th anniversary of the Civil War, and featuring the 1851 Pioneer locomotive, on loan from the National Museum of American History and recently restored by the B & O Museum, 4/14.

National Museum of American History curator Nancy Davis will serve on the jury panel for the upcoming Supersize exhibition at Annmarie Garden, 4/8.

COLORADO:
NASM curator Michael Neufeld will give a public lecture and book signing for the National Air and Space Museum: An Autobiography at the Littleton Museum in Littleton, 4/6.

CALIFORNIA:
Riverside Metropolitan Museum will feature a modern quilt on loan from the National Museum of the American Indian in its upcoming exhibition American Indian Women Artists: Beyond Craft, opening in Riverside, 4/7.

LA Plaza de Cultura y Artes will celebrate the opening of their new building with an exhibition including artifacts on loan from the National Museum of American History in Los Angeles, 4/15. 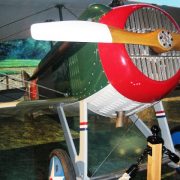 affiliates in the news: week of August 9 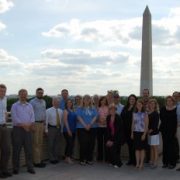 Make the Smithsonian YOUR classroom.

Inspiring a Revival in San Antonio
'; Scroll to top