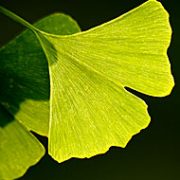 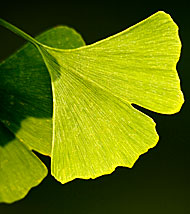 The Smithsonian addresses the global challenge of climate change in a range of ways, including through exhibitions and scientific research.

From September 29 through October 1, 2009, the Smithsonian will offer an education online conference on climate change to allow teachers and the general public to participate in the Institution’s investigations, meet and question Smithsonian curators and scientists, and deepen our understanding of this critical issue.  Alongside Smithsonian scientists and curators, you’ll look at the issues surrounding climate change from the perspectives of science, history, and art. Registration is free, and now open.

The conference is broadly organized around three topics: Evidence, Impact, and Response to climate change.  Participants will sample  some fascinating Smithsonian research–everything from an artist’s attempts to document sustainability issues, to a paleoclimatologist’s findings about prehistoric climate change and why it matters, to a discussion about how polar bears are faring in our warming world.

Affiliations is pleased to acknowledge the participation of educator Paisley Cato from the Western Center for Archeology and Paleontology, our Affiliate in Hemet, California.  Paisley worked side-by-side with Smithsonian educators throughout the summer to develop educational materials to complement the conference.

How can Affiliates be involved?  Like the virtual conference on Abraham Lincoln which took place in February (replay at smithsonianeducation.org/lincoln), Affiliates are encouraged to act as hosting sites for shared viewing and discussion with their  local area teachers, educators, and the scientific community.  Follow and comment on the climate change blog, or follow updates on Twitter (#SIClimate) and Facebook (Smithsonian Education).

In these tough economic times, it’s nice to see some bright spots.
Congratulations to all these Affiliates who’ve received grants and awards recently.  Well done!

Ohr-O’Keefe Museum of Art has been awarded a $25,800 grant from the Mississippi Arts Commission (MAC) to support ongoing education and exhibition programming.

The American Civil War Center at Historic Tredegar has received a $3,000 grant from the Preservation Fund of the National Trust for Historic Preservation to assist with a condition assessment of historic structures on the Center’s 8.3-acre property.

Birthplace of Country Music has received approval of $1.7 million by the Special Projects and Innovation Committee of the Virginia Tobacco Indemnification and Community Revitalization Commission for the development of the new museum.

The Institute of Museum and Library Services announced the recipients for the Museums for America grant program including the following Affiliate organizations and their projects:

The National World War II Museum received $150,000 to help finance live performances at the museum including music and entertainment from the World War II era and modern pieces inspired by the war.

B & O Railroad Museum received $110,000 for their “Whistlestop Gateway Project” to develop an interpretive program and a regular rail link to the west end of the museum’s 40-acre campus.

Kansas Cosmosphere and Space Center received $137,373 to develop a 4,000-square-foot immersive and interactive exhibit on space exploration from the 1970s into the future.

Michigan State University Museum received $136,323 to complete critical database and technological enhancements for its natural history and cultural collections including imaging more than 10,000 ethnographic objects to the Web.

Durham Museum was awarded $122,850 to digitize and preserve its photo archive collection, which consists of approximately 500,000 images reflecting the history of Omaha, Nebraska.

Nevada Test Site Historical Foundation’s Atomic Testing Museum was awarded $34,933 to conduct a planning project based on establishing a best practices approach to the day-to-day business of the organization that will enhance the capacity of the organization to better serve the southern Nevada cultural and educational community.

Historic Bethlehem Partnership received $57,650 to inventory, pack, and move the collections of the Kemerer Museum of Decorative Art to a new Collections Resource Center.

Heinz History Center was awarded $90,859 for the Life in Western Pennsylvania: A Digital History Resource project to address the critical need for assessment tools for planning digital history sites and measuring the impact of online resources to increase the use of archival collections.

Wing Luke Memorial Foundation was awarded $150,000 to support Art Beyond Downtown, an initiative to engage new visitors, create opportunities for them to learn about art, culture, and history related to Asian Pacific Americans, and to encourage them to return to the museum and its neighborhood.

Pell, 61, brings an environmental science background to this position and a strong track record of leadership. She was a professor in the department of plant pathology at Penn State for more than 35 years. In her role as Senior Vice President for Research at the university, Pell spearheads the development of cross-disciplinary institutes for life sciences, materials, energy and environment, social sciences, cyber science, and arts and humanities; all six institutes report directly to her. She is also responsible for sponsored research, compliance and the university’s animal research center. In addition, Pell is responsible for the Penn State Research and Technology Transfer Organization, which connects Penn State researchers with industries in order to stimulate economic development.

As Dean of the Graduate School, she oversees graduate admissions, fellowships, awards and curriculum. Pell has developed several programs at Penn State to increase the number of minority applicants for graduate programs.

Pell holds a bachelor’s degree in science from the City College of New York and a doctorate degree in plant biology from Rutgers University. Her research focuses on the effects of air pollution on plants.

Pell has served on panels and advisory boards for the Environmental Protection Agency, the Department of Agriculture and the Department of Commerce. She currently serves on the National Science Foundation’s Biological Sciences Advisory Committee. In addition, Pell is active in economic development and serves on a number of Pennsylvania state boards, including the Ben Franklin Center of Central and Northern Pennsylvania and the Life Sciences Greenhouse of Central Pennsylvania. She is also the president of the Penn State Research Foundation and the Research Park Management Corporation.

“We are proud to welcome Dr. Pell to the Smithsonian as our new Under Secretary for Science,” said Secretary Clough. “She is an accomplished scientist, experienced leader and inspired educator who will help us raise the global profile of Smithsonian science. We will benefit greatly from her many talents.”

“Anyone who comes to Washington, D.C., finds him or herself touched by Smithsonian activities, as the Institution is at the nexus between discovery and education,” said Pell. “I am excited and humbled by the opportunity presented to me by Secretary Clough and am looking forward to the possibilities to expand the reach and dimensions of Smithsonian science.”