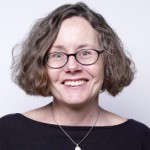 2016 is off to a great start with some noteworthy events at Affiliates:

NEW YORK
Undersecretary for Museums and Research Richard Kurin will give a lecture on the Smithsonian’s History of America in 101 Objects followed by a book signing at the Museum of American Finance in New York, 2.10.

FLORIDA
National Museum of African American History and Culture curator Dr. Joanne Hyppolite will talk about their new museum at HistoryMiami in Miami, 2.11.

Curator Christine Kreamer from the National Museum of African Art

CONNECTICUT
National Museum of African Art curator Christine Kreamer will give a talk on African Cosmos: Stellar Arts in the Stars of the Smithsonian lecture series at Mystic Seaport in Mystic, 2.11.

NORTH CAROLINA
Undersecretary for Museums and Research Richard Kurin will give a lecture on the Smithsonian’s History of America in 101 Objects followed by a book signing at the North Carolina Museum of History in Raleigh, 2.16.

MARYLAND
The Reginald F. Lewis Museum of Maryland African American History and Culture will host a screening of the Smithsonian Channel’s new documentary series, Major League Legends with a film on Hank Aaron in Baltimore, 2.17. 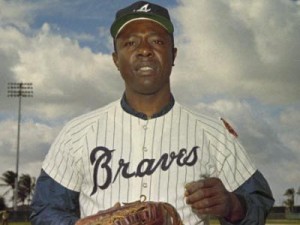 Several Affiliates will host screenings of the first installment of Major League Legends, a new documentary series, starting with a profile of Hank Aaron, produced by the Smithsonian Channel and Major League Baseball.

PENNSYLVANIA
The African American Museum will host a screening of the Smithsonian Channel’s new documentary on Hank Aaron in Philadelphia, 2.18.

The Heinz History Center will also screen the Hank Aaron documentary in Pittsburgh, 2.29.

TEXAS
Affiliations director Harold Closter will give remarks at the Asian Festival hosted by the Institute of Texan Cultures in San Antonio, 2.13.

WASHINGTON
The Museum of History and Industry will host a screening of the Smithsonian Channel’s new documentary on Hank Aaron in Seattle, 2.22.

COLORADO
History Colorado will host a screening of the Smithsonian Channel documentary on Hank Aaron in Denver, 2.23. 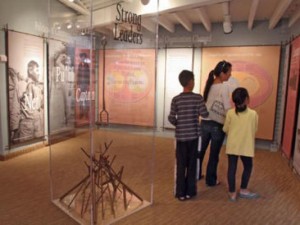 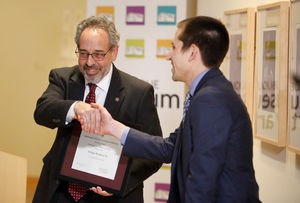 Wow!  Congratulations to these Affiliates on their recent accomplishments.  What a way to start a new year.

Lilly Endowment awarded a $7.5 million grant to Conner Prairie (Fishers, IN). $6 million of the grant will be used to bolster the Lilly endowment; the rest will be used to renovate the historic Chinese House, enhance summer camp programs, and hire additional fundraising staff.

The Riverboat Development Authority has awarded $50,000 to the Putnam Museum (Davenport, IA) for The Magical History Tour exhibit scheduled for February 2017.

The National Endowment for the Humanities (NEH) announced $21.8 million in grants for 295 humanities projects, including the following Affiliate recipients:

In addition, NEH awarded $162,242 to the Florida International University (Miami, FL) for a Humanities in the Public Square project to fund a series of public events, programs, and conversations addressing the environmental threat posed to Miami from rising sea levels.

The National Endowment for the Arts awarded $27.7 million to support 1,126 projects in the first round of FY 2016 funding, including the following Affiliate projects:

Springfield Museum of Art (Springfield, OH) has won a statewide award, and received national and state recognition for its current exhibit, “Authentic Narratives: Ohio’s Regionalists, 1915-1950.”  The Museum earned the RUBY Award, awarded by the Ohio Travel Association and Ohio Magazine.

A four billion year-old meteorite which plunged into a house in metro Atlanta was officially recognized and named by the international Meteoritical Society with the assistance of the Smithsonian Institution during a ceremony at the Tellus Science Museum (Cartersville, GA). The 295 gram meteorite was officially named “Cartersville” in honor of the city in which it landed. It was classified as ordinary Chondrite L5 meteorite, according to Smithsonian officials, having low iron-nickel and a level 5 degree amount of deformation on a scale of 1-7.

John E. Herzog, founder of the Museum of American Finance (New York, NY), received the International Federation of Finance Museums (IFFM) Lifetime Achievement Award for his contributions to the field of financial literacy.

UTSA Institute of Texan Cultures (San Antonio, TX) Executive Director, Angelica Docog, has been named the recipient of the 2015 Constellation Stars Award sponsored by the San Antonio Women’s Chamber of Commerce. The award goes to women who have demonstrated advocacy, connection and empowerment.

The Bakken Museum (Minneapolis, MN) has hired Minnesota native Michael Sanders to replace its longtime director David Rhees, who retired in September. Rhees stepped down after 23 years overseeing the growth of the museum, which was created by Medtronic founder Earl Bakken to showcase his collection of pacemakers and historic medical devices that used electricity. 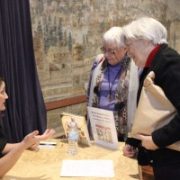 Affiliates finished the year off with a bang, and are charging into 2016, full steam ahead.  Happy holidays to all! 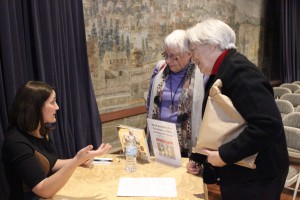 WYOMING
The Buffalo Bill Center of the West reopened its popular Journeying West: Distinctive Firearms from the Smithsonian exhibition with 50 artifacts on loan from the National Museum of American History, in Cody, 12.5.

SOUTH DAKOTA
The South Dakota State Historical Society hosted a public program around the presentation of the Smithsonian Channel’s Stories from the Vault: Let’s Eat show, in Pierre, 12.15. 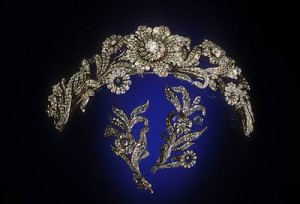 The Post Diamond Tiara with matching brooches made in the mid-19th century will soon be on view in New Mexico.

COLORADO
Smithsonian Undersecretary Dr. Richard Kurin will give a public lecture on his book The Smithsonian’s History of America in 101 Objects at History Colorado in Denver, 1.11.16.

IOWA
Affiliations director Harold Closter will announce the Smithsonian’s new affiliation with the Dubuque Museum of Art in Dubuque, 1.12.16.

CONNECTICUT
Carlene Stephens, curator at the National Museum of American History, will present a talk on Connecting the World in Time as part of the Stars of the Smithsonian lecture series at Mystic Seaport in Mystic, 1.14.16.

FLORIDA
The Art of Video Games exhibition, organized by the Smithsonian American Art Museum, will open at the Frost Art Museum in Miami, 1.23.16.