The Smithsonian American Women’s History Initiative is an ambitious undertaking to research, collect, document, display and share the compelling story of women. It is inclusive, highlighting the stories of those who identify as women and those who were designated female but self-identify differently.

Affiliates can request a program to complement women’s history programming. Visit our Smithsonian Channel Screenings page to browse the collection and submit a request. 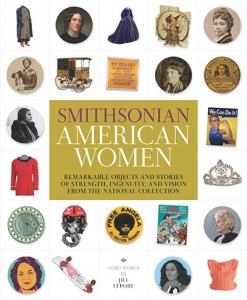 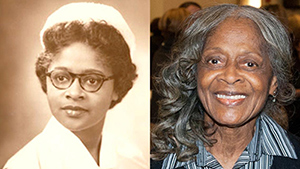 Since her very first doctor’s check-up, Esther McCready knew she wanted to be a nurse. Born in 1931, she was raised in a world where segregation was commonplace, a fact of life. After graduating from Dunbar High School and working as a nurse’s aid, in 1950, she applied to the University of Maryland School of Nursing and was immediately rejected due to her race. With the help of NAACP civil rights giants including Thurgood Marshall, Esther sued and won a court case that desegregated the School of Nursing, as well as other professional schools in Maryland. See Esther’s nurse’s cap and learn more of her story at the Reginald F. Lewis Museum. Photo credit: Reginald F. Lewis Museum.

This signed photo was taken in the 1940s. Likely these women worked at the Boeing Renton facility. At this time it was a turning point for women in the workforce, the female labor force grew by 6.5 million during WWII. What makes this photo incredibly special is that at the time African American women (and men) accounted for only 6 percent of all employees in the aircraft industry. These women were true Rosie the Riveters. Photo: The Signed Portrait of African American “Rosie the Riveters”/The Museum of Flight.

The Museum of FlightSeattle, Washington 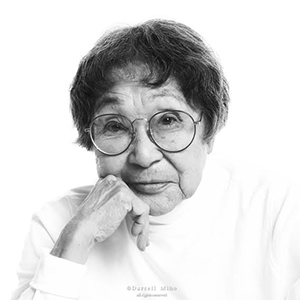 This is Mary Kazuye “Kaz” Suyeishi. Kaz was an atomic bomb survivor and life long advocate for a world without wars. She planted seeds of peace. #BecauseOfHerStory, they will continue to grow. Learn more about her story at the Japanese American National Museum. Photo credit: Darrell Miho 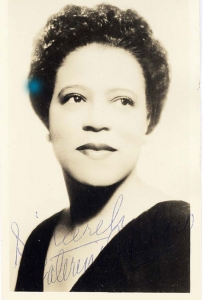 Singer Katherine Yarborough, born in Wilmington in July 24, 1898 performed under the name Caterina Jarboro.  She was raised Catholic, and attended the St. Thomas’ church school and Gregory Normal School before she moved to New York in the 1910s.  In 1929, Jarboro made her opera debut in Milan, Italy, in Verdi’s Aida.  A few years later, she became the first black woman to perform in a U.S. opera house.  Learn more about Caterina and other notable women at Cape Fear Museum. Photo credit: Cape Fear Museum.