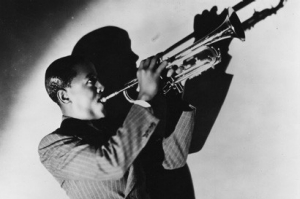 The Georgia Aquarium is officially the world’s largest, after a certificate presentation by Guinness World Records Sunday. READ MORE

For jazz fans, nothing could be more tantalizing than the excerpts made available by the National Jazz Museum in Harlem of newly discovered recordings from the 1930s and ’40s. READ MORE

Several nonprofit organizations, a state agency and three local counties have been awarded $3.3 million from a state land preservation fund to protect 753 acres on the Big Island, Kauai, Molokai and Oahu. READ MORE. and MORE

Annie Oakley has been portrayed in popular culture as everything from a rough tomboy to a preening princess, but 150 years after her birth, one historian says a more nuanced look at the famed sharpshooter shows her to be a complex woman who defies categorization. READ MORE

Center for the History of Psychology (Akron, OH)

Students, researchers and the general public soon will be able to experience the history of psychology in a museum setting at The University of Akron’s (UA) new Center for the History of Psychology (CHP), which opens to the public Aug. 30. READ MORE

Construction of the $35 million U.S. Freedom Pavilion: Land, Sea and Air will be formally announced Friday as part of the museum’s overall $300 million expansion. READ MORE