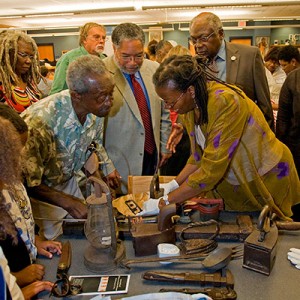 HistoryMiami (Miami, Florida)
Exhibit seeking items related to exodus out of Cuba
A new initiative by HistoryMiami and the Smithsonian’s National Museum of American History is aiming to capture the experiences of both Cuban balseros, or rafters, as well as those of Cuban exiles in general: How they traveled here and what they found upon arrival. 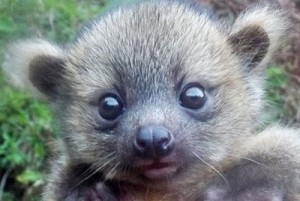 This baby olinguito was found in a nest 40 feet above the ground in a large dead bromeliad tree. (Photo by Juan Rendon taken at the Mesenia-Paramillo Nature Reserve in Colombia, courtesy Saving Species)

Union Station Kansas City (Kansas City, Missouri)
New Science City attraction: Smithsonian’s Spark!Lab designed for inventive young minds
The rejuvenation of Science City at Union Station continues with the opening Tuesday of Spark!Lab, an interactive area intended to inspire kids to be inventive using simple materials. The idea is the property of the Smithsonian Institution’s Lemelson Center for the Study of Invention and Innovation and is only the second one in the United States outside Washington, D.C. 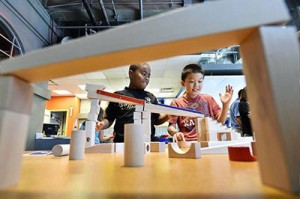 Ten-year-olds Peyton Carter of Kansas City (left) and Ethan Guo of Overland Park worked together together to build a course for a marble to roll along and make sounds while it moved. JILL TOYOSHIBA/The Kansas City Star

Young scientists get hands-on learning experience at new Spark!Lab
Hands-on learning is one of the best ways to learn. Now there’s a Spark!Lab dedicated to doing just that. There are only three in the world. Lucky for metro residents, one is located right here in Kansas City at Union Station. 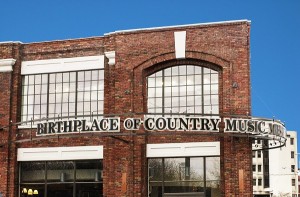 The Birthplace of Country Museum Museum in Bristol, Tennessee

Read:At The Cradle Of Country Music, A Monument You Can Hear As Well As See

Birthplace of Country Music Museum set to open
This Smithsonian-affiliated museum will open in a facility designed to engage the community regularly through programming and exhibits and is expected to draw visitors from around the world.

Grand Opening Of The Birthplace Of Country Music Museum In Bristol Is This Weekend
The Smithsonian Institution-affiliated Birthplace of Country Music Museum is dedicated to preserve the legacy of the 1927 Bristol Sessions and their lasting influence on American popular music through interactive, multi-media exhibits, film, and more. Johnny Cash referred to the famous Sessions as “The single most important event in the history of country music.” Also known as the “Big Bang of Country Music,” the legendary recordings by Ralph Peer took country music to a new level and produced pioneers of the genre such as Jimmie Rodgers and the Carter Family.

Birthplace of Country Music Museum Opens in Bristol This Weekend
“The opening of the Birthplace of Country Music Museum is something that our community has been looking forward to for many years, and we take pride in giving our community something that celebrates our rich music heritage,” Leah Ross, the museum’s executive director, told Kingsport’s Times News.