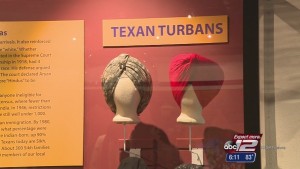 Congrats to these Affiliates making news!  Each month we highlight Affiliate-Smithsonian and Affiliate-Affiliate collaborations making headlines. If you have a clipping highlighting a collaboration with the Smithsonian or with a fellow Affiliate you’d like to have considered for the Affiliate blog, please contact Elizabeth Bugbee.

Rice Northwest Museum of Rocks and Minerals (Hillsboro, OR)
Rice NW Museum of Rocks and Minerals announces new affiliation with Smithsonian
Harvey goes on to say that the affiliation “confirms that [the Rice Museum] meets the high standards required to assist our schools and community in earth science education. It assures that visitors and supporters of the museum can have confidence in the quality and content of the exhibits, plus enjoyment in viewing fine minerals, fossils, meteorites and lapidary specimens.” 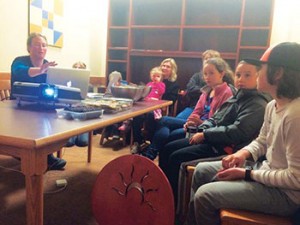 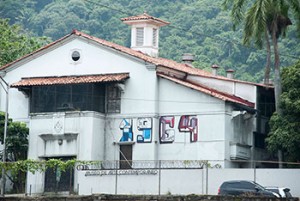 This building, now the Museum of Contemporary Art, sits on one side of the Avenue of the Martyrs. It commemorates the 1964 Panamanian Flag Riots. Photo by Susana Raab, Smithsonian Anacostia Community Museum.

Museo del Canal InteroceÃ¡nico de PanamÃ¡ (Panama City, Panama)
Anacostia Community Museum examines connections between Metro DC Panamanians and Panama
“Bridging the Americas’ is a timely exhibition because it connects communities across the oceans through diverse personal stories of Washington, D.C., area residents,” said Curtis. “It expands our representation of our local community and engages our visitors in collective reflection about their notions and experiences of community as well.”

Kenosha Public Museum (Kenosha, WI)
Get Out: Here’s lookin’ at you, Earth!
The panels on display locally came from a larger-scale Smithsonian Institution show. When Andersen contacted the Smithsonian, they sent the smaller set of poster-sized prints. Andersen added information from theâ€‰United States Geological Survey, which she said offers context about the history of map making. 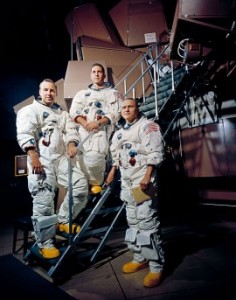 History Colorado (Denver, CO)
History Colorado brings Apollo 8 to Denver in April
Dr. Michael Neufeld, Senior Curator in the Division of Space History at the Smithsonian National Air and Space Museum, will be in Denver for two talks on April 21.

The People Who Weren’t Kidding (Huff Post Latino Voices blog written by Eduardo Diaz, Smithsonian Latino Center)
As for museums, there have been a precious few exhibitions on the subject, which is why I was thrilled to see History Colorado, a Smithsonian affiliate, recently open El Movimiento: The Chicano Movement in Colorado at its flagship venue in Denver.

North Carolina Museum of History (Raleigh, NC)
And … action! N.C. Museum of History exhibit highlights 100 years of filmmaking in the state
More than 100 artifacts are borrowed from the Cape Fear Museum and 13 are on loan from Smithsonian’s National Museum of American History.

Museum of the Rockies (Bozeman, MT)
What’s the Army doing with dinosaurs?
April 11, 2014, Montana State University’s, Museum of the Rockies hosted a public sendoff of the Wankel T. rex on a journey to represent Montana’s Dinosaur Trail to the nation and the world at the Smithsonian’s National Museum of Natural History becoming the “Nation’s T. rex.” As promised, exactly one year later, another T. rex specimen entrusted to the Montana museum goes on public display … and in massive form.

Smithsonian Sikh exhibit opens in SA (VIDEO)
Dr. G.P. Singh came to United States in the 1970s and admits he was the first to wear a turban here. It hasn’t been easy to raise a family and grow a thriving defense contracting business in the process, he said, but he has. “It is the fifth-largest (religion), but nobody knows about our faith,” he said. Singh said he was a catalyst for getting the first Sikh exhibit at the Smithsonian, entitled “Sikhs: Legacy of the Punjab.”

The Museum of Flight (Seattle, WA)
Pilots reunite on 60th anniversary of Crusader’s first flight
Adding the Crusader to the Museum of Flight’s collection “adds to the story of the transition from the propeller age to the jet age,” he said. The plane is to be displayed in the museum’s gallery at Boeing Field in Seattle. . The Smithsonian National Air and Space Museum first loaned the plane to the museum in 1987, later donating it in 2004. Restoration work started in 1996.

Fully restored F-8 Crusader unveiled at Paine Field (VIDEO)
Inside the Museum of Flight’s restoration center at Paine Field, a U.S. Navy F-8 Crusader jet was unveiled. The plane had been donated by the Navy to the Smithsonian, but the Smithsonian in turn donated the jet to the Museum of Flight. The plan is to move the now restored airplane to its great gallery at the museum on the west side of Boeing Field in Seattle in mid-2016. The restoration took about 20 years with volunteer labor.

It’s Not About the Conference: Museums and the Web 2015

coming up in affiliateland in may 2015
Scroll to top