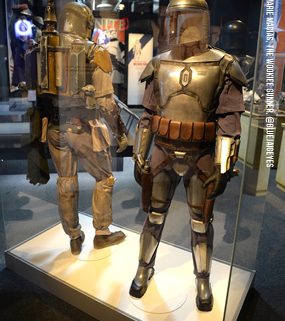 Conner Prairie (Fishers, IN)
Women’s Volunteer Group Achieves $1 Million Milestone In Raising Funds To Support Conner Prairie
At its Annual Meeting today, the Conner Prairie Alliance announced it has raised $1,077,123 for the museum since the group was founded in 1984. 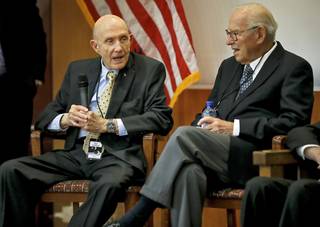 Astronauts Thomas Stafford, left, and James Lovell speak Wednesday during a news conference on the 50th anniversary of the Gemini 6 flight at the Oklahoma History Center. Photo by Chris Landsberger, The Oklahoman

Four NASA heroes to visit Oklahoma City on Wednesday
Former astronauts Edwin “Buzz” Aldrin, Jim Lovell, Alan Bean and Tom Stafford will visit the Oklahoma History Center on Wednesday to commemorate the 50th anniversary of the Gemini 6 flight and rendezvous in space with Gemini 7. The mission represented the first manned rendezvous between two spaceships in space.

Greensboro Historical Museum (Greensboro, NC)
Travel Channel show to feature Greensboro museum, Dolley Madison dress
Hart said she is excited for the museum to once again get national exposure for the country’s best collection of Dolley Madison artifacts. The Smithsonian Institution’s National Portrait Gallery had borrowed it in 2012 for its “1812: A Nation Emerges” exhibition. 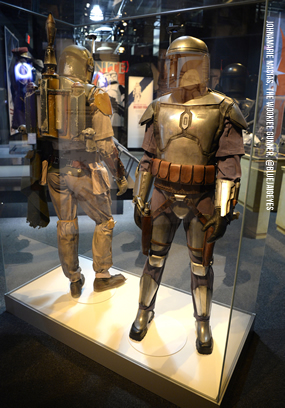 Denver Museum of Art (Denver, Co.)
Original costumes from â€˜Star Wars’ film series coming to Denver Art Museum
“So many of us have warm memories and a fascination associated with the Star Wars films, and it’s really the characters that maintain this longstanding connection,” said Stefania Van Dyke, interpretive specialist of the DAM. “Our unique presentation will give a look at the inspiration and nuanced creative processes of designers and artisans.

â€˜Star Wars’ exhibit coming to Denver – with original Darth Vader, Leia costumes
The Denver Art Museum Wednesday morning announced it will present “Star Wars and the Power of Costume,” an exhibition of more than 60 costumes from all seven Star Wars films, from Nov. 13, 2016 to April 2, 2017.

STAR WARSâ„¢ AND THE POWER OF COSTUME: COMING TO THE DENVER ART MUSEUM IN 2016
On the eve of what could be the most-awaited Star Wars film premiere of all time – Star Wars: The Force Awakens officially opens in theaters nationwide on December 18 – the Denver Art Museum just announced an out-of-this-world prize.  A showy Smithsonian-curated exhibit, Star Warsâ„¢ and the Power of Costume, will feature costumes and artifacts culled directly from the source of the Force: the archives of the Lucas Museum of Narrative Art. 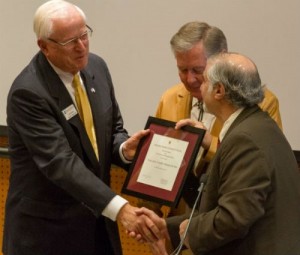 Jim Bruner, left, chairman of the Board of Scottsdale’s Museum of the West, shakes hands with Richard Kurin of the Smithsonian Institution, right, as Scottsdale Vice Mayor David Smith looks on. (submitted photo)

Museum of American Finance (New York, NY)
Herzog honored with Lifetime Achievement Award in Beijing
John E. Herzog, vice president of the Fairfield Museum and History Center and founder of the Museum of American Finance, received the International Federation of Finance Museums (IFFM) Lifetime Achievement Award for his contributions to the field of financial literacy on October 30.

Heard Museum (Phoenix, AZ)
A Long Overdue Retrospective for Kay WalkingStick Dispels Native Art Stereotypes
Her 1983-1985 Cardinal Points from the collection of Phoenix’s Heard Museum is in the exhibition and blends the four-directional cross, the compass directions, and the coloration of the male cardinal (the bird) and of Catholic cardinals. “There’s this double meaning to the title,” WalkingStick says. 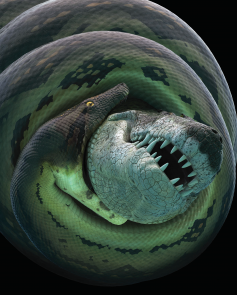 Measuring 48 feet long and weighing in at 2,500 pounds, the massive predator Titanoboa cerrejonensis is coming to Seattle.
©2012 SNI/SI Network, LLC. All rights reserved.

Buffalo Bill Center of the West reopens Smithsonian firearms exhibit
The exhibit, titled “Journeying West: Distinctive Firearms from the Smithsonian,” is now on display. The exhibit features 50 objects, including a video of the Smithsonian’s gun vault.

Firearms exhibit re-opens in new spot at museum
“In 1876, the Smithsonian’s National Museum of American History established the National Firearms Collection – now grown to nearly 7,000 objects – in honor of the American Centennial,” Hlebinsky added. “From the Smithsonian Channel, this exhibit includes a video of the Smithsonian’s actual gun vault, which visitors are sure to find fascinating. 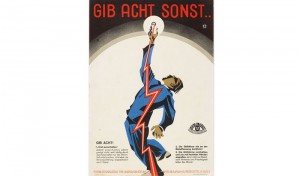 The Wolfsonian-Florida International University (Miami, Florida)
When “Danger” Is Art’s Middle Name: A new exhibit looks at the inspiration that comes from the clash of glory and catastrophe
The image is one of roughly 200 works in a new exhibit, “Margin of Error,” now open at Miami’s Wolfsonian museum at Florida International University in Miami Beach (the Wolfsonian is also a Smithsonian affiliate.) Through graphic and decorative art, photography, painting, sculpture, industrial artifacts and ephemera, the show explores cultural reactions–ranging from glorifying to terrifying–to major innovations in Europe and the U.S. between 1850 and 1950, including coal mines, steamships, airplanes, electricity, railways and factories.

20 years in your neighborhood!