Special thanks to the Biomuseo, a Smithsonian Affiliate in Panama, for this guest post. 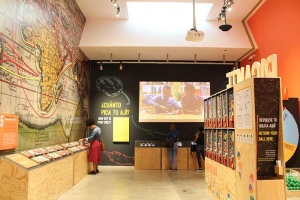 When Christopher Columbus sailed in search of a new route to Asia, he never, in his wildest dreams, imagined that he was going to run into a totally new world. The Venetian was so disoriented that the first time he tasted a chili (Capsicum) on the island of Hispaniola, he thought he had found the fruit from which Indians got the prized pepper; hence the name chili peppers. This is how the great adventure of chili peppers’ culinary conquest began.

In 1494 the “pepper” arrived in Europe, where it was first received as an exotic plant used to decorate gardens, until some monks in Portugal discovered that it was a cheap, tasty and spicy pepper replacement. Thus the Portuguese explorers became the main allies of chili peppers’ conquests.

The domestication of the chili began in what is today Mexico, long before the arrival of the Spaniards, some 6000 years ago. According to a report from a team of researchers from the University of California, Davis, it was a regional domestication that extended from southern Puebla and northern Oaxaca to southeastern Veracruz. During this process of domestication, humans unconsciously selected the seeds of the plants that gave the best fruits, and little by little the five different original American varieties came to be. Today, this plant is one of the most sought-after ingredients in the world’s cuisine. 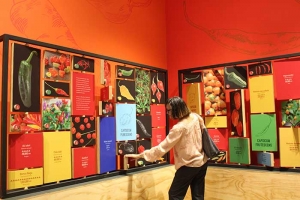 But Mexico was not the only place where this plant was domesticated. The inhabitants of what is today Bolivia and Peru and regions of the Amazon, used other varieties of Capsicum in their food. Virtually no prehispanic culture could conceive of their diet without spice.

This year, the Biomuseo, a Smithsonian Affiliate in Panama, celebrated the American roots of the fruits of the Capsicum plants, and their gastronomical importance throughout the world. Our exhibition, PICANTE, presented the unusual chemistry of this fruit, explaining the reason for its particular spiciness. It narrated the epic adventure of the five species of domesticated peppers in America that traveled across the oceans and changed the world: Capsicum annum, Capsicum chinense, Capsicum frutescens, Capsicum baccatum and Capsicum pubescens.

While the exhibition ends in December 2019, the history and traditions of the Capsicum plant will live on through seeds of different peppers and recipes of dishes around the world that include them. 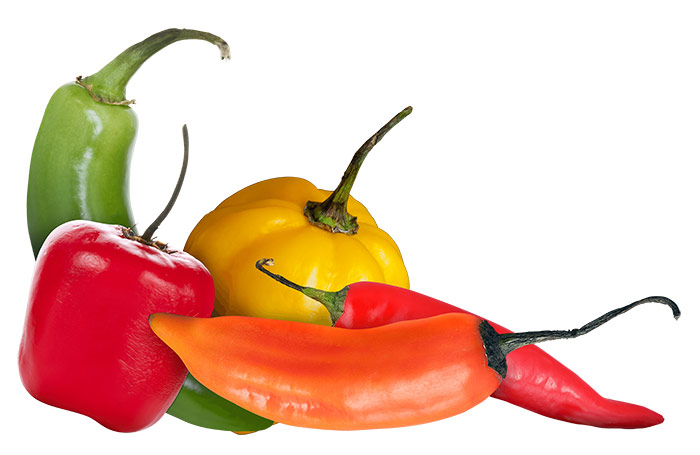