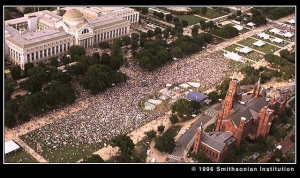 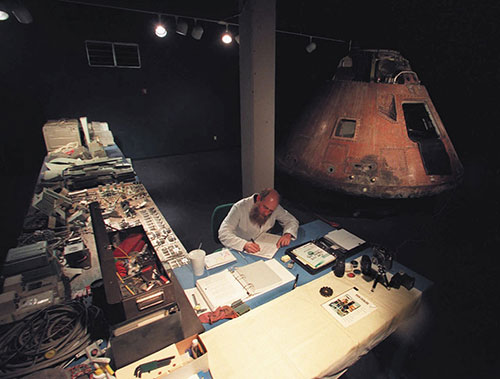 Framingham State University (Framingham, MA) is part of a six university consortium, as well as the Massachusetts Department of Higher Education, to receive a $441,367 grant from the U.S. Department of Education (DOE) aimed at increasing the number of college courses utilizing free Open Educational Resources (OER) rather than costly textbooks. The project – Remixing Open Textbooks through an Equity Lens (ROTEL): Culturally Relevant Open Textbooks for High Enrollment General Education Courses and Career and Professional Courses at Six Public Massachusetts Colleges – will test the hypothesis that underrepresented students will achieve higher academic outcomes if free, culturally-relevant course materials that reflect their experiences are utilized. Student savings on textbooks over the three-year grant period are projected to be over $800,000, and the goal is to create a new model that provides continued savings long into the future.

The Dubuque Museum of Art (Dubuque, IA) received a $20,000 operational support grant from the Dubuque City Council as a result of the financial impact from the pandemic.

The Infusion Fund awarded Carolinas Aviation Museum (Charlotte, NC) an $80,573 grant to support the museum’s operating budget which was impacted by the pandemic. The Museum also received a $1.5 million gift from Honeywell to catalyze the launch of the The Lift Off Campaign to develop a new state-of-the-art facility in Charlotte.

The National Park Service announced the award of 17 projects of the Underrepresented Community Grant Program which is focused on working towards diversifying the nominations submitted to the National Register of Historic Places:

The following Affiliates initiatives were some of the 239 humanities projects awarded grants from the National Endowment for the Humanities:

The Institute of Museum and Library Services (IMLS) announced grant awards through the agency’s largest competitive grant program, Museums for America, and its special initiatives, Museums Empowered and Inspire! Grants for Small Museums to improve services to their communities:

The Iowa Department of Cultural Affairs awarded a grant to Dubuque Museum of Art (Dubuque, IA) for general operating support as part of a statewide effort to help fuel the resurgence of Iowa’s arts, film, heritage, humanities, and creative sectors as they continue to rebound from substantial financial losses as a result of the pandemic.

Blue Origin and its foundation, Club for the Future, have awarded U.S. Space & Rocket Center (Huntsville, AL) and Space Center Houston (Houston, TX) a $1 million grant each to inspire future generations to pursue careers in STEM and help invent the future of life in space.

The 2021 grant cycle of the Nissan Foundation dispersed a total of $697,000 in grants to nonprofit organizations that promote cultural diversity:

The New Mexico Museum of Space History (Alamogordo, NM) was awarded a “One Small Step” grant from the SPACE 3.0 Foundation. The grant will allow the museum’s curatorial department to digitize more than a dozen space related 16mm films from the 1960s that reside in the museum’s collection, including several associated with the Gemini and Apollo programs.

USS Constitution (Boston, MA) was named winner in the “Historic Sites & Tours” category for Boston Parents’ Family Favorites. It is the fourth year in a row that the museum has received this award from the readers of Boston Parents Paper.

North Carolina Museum of History (Greensboro, NC) was the recipient of an Award of Excellence by the American Association for State and Local History for the multimedia project How We Got That.

The Education Professional Network of the American Alliance of Museums presented the Pandemic Innovation and Education award to the Durham Museum (Omaha, NE), recognizing the museum’s Museum Live! program. The Durham received the award in the mid-sized museum category that honored education efforts created, re-invented or revamped in response to supporting audiences during the pandemic.

Plimoth Patuxet Museums announced that Mayflower II has been named a recipient of the 2021 Paul and Niki Tsongas Award by Preservation Massachusetts, the statewide non-profit organization dedicated to preserving the Commonwealth’s historic and cultural heritage.

The National Civil Rights Museum (Memphis, TN) has named Dr. Russell Wigginton as the museum’s next president.  Dr. Wigginton will begin his new position on August 1. He brings 29 years of experience in education, philanthropy, executive management, and program development, as well as strategic planning and partnership building.

Dawn DiPrince was named the new executive director of History Colorado (Denver, CO) and will assume the role on Sept. 1, 2021. She succeeds the retiring Steve Turner. Dawn has worked at El Pueblo History Museum and with all the other History Colorado Community Museums, moving to Denver in 2019 to become the organization’s chief operating officer.

Supporting our network of Affiliate partners is a keystone of our work at Smithsonian Affiliations. As we continue to reflect on our past 25 years, it is the strength of the people we work with at Affiliate organizations that truly makes an impact on the work that we do. This month we are focusing on the professional development collaborations with Affiliate colleagues. Here we take you on a visual journey of the ways in which we have helped to make an impact furthering the professional growth of staff at our Affiliate partner organizations.