The Air Zoo (Portage, MI) announced a $57,000 grant from the Margaret Dunning Foundation to support the renovation of its existing classroom spaces. The grant matches the investment already committed by the Michigan Council for Arts and Cultural Affairs in September 2018, supporting a complete $114,000 renovation of the Air Zoo’s existing classroom spaces. Renovations will enable the Air Zoo to provide an immersive, hands-on space for the more than 90 science, technology, engineering, art and mathematics educational initiatives.

An $8,600 grant was awarded to the Strategic Air Command and Aerospace Museum (Ashland, NE) by the Cass County Board of Commissioners.  The purpose of the grant is to improve the space suits exhibits and displays to encourage more tourism there.

Williams-Mystic, the maritime studies program of Williams College and Mystic Seaport Museum (Mystic, CT), were presented with the Walter Cronkite Award for Excellence in Maritime Education at the National Press Club in Washington, D.C. The 42-year-old program brings undergraduate college students to the museum for a semester of interdisciplinary research and travel centered around the ocean. More than 1,600 students have attended the program. Williams-Mystic is receiving the award from the National Maritime Historical Society and the National Coast Guard Museum Association.

The Museo de Arte de Puerto Rico was awarded the American Alliance of Museums Chair’s Leadership Award, accepted by the museum’s director Marta Mabel Perez at the 2019 AAM Annual Meeting. The award was given to recognize the museum’s work in the aftermath of Hurricane Maria.

The Children’s Museum of the Upstate (Greenville, SC) Board of Directors unanimously voted to appoint Hillary Spencer, a former director of operations for global business development at the American Museum of Natural History in New York, as the museum’s new director. Spencer will take over the position on May 1.

American Jazz Museum (Kansas City, MO) announced that the board named Ralph Caro to lead the museum as interim executive director and to focus on implementing key recommendations from a consultants’ report issued in April 2018.

The staff of Smithsonian Affiliations is thrilled to welcome colleagues from across the Affiliate and Smithsonian networks for four days of sharing and networking at our National Conference.

WASHINGTON, D.C.
Sessions, tours, receptions and more will bring hundreds of colleagues together to talk about strengthening our collaborations and to learn from each other. Register now! And peruse the agenda to get ready. See you soon! June 23-26.

CONNECTICUT
Dr. Sunae Park Evans, Senior Costume Conservator at the National Museum of American History, will lead a talk on the Preventative Conservation of the First Ladies’ gowns in the Smithsonian’s collections at the Connecticut Historical Society in Hartford, 6.13. 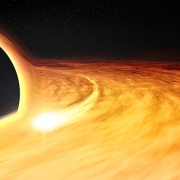 A star, ripped apart by the gravitational forces of a black hole about 290 light years from Earth, as captured by the Chandra X -ray Observatory.

MASSACHUSETTS
As part of the Moon Landing in Context series, Framingham State University will host a planetarium production co-created by Kim Kowal Arcand of the Smithsonian Astrophysical Observatory. The planetarium show will celebrate the 20th Anniversary of the launch of the Chandra X-ray Observatory, in Framingham, 6.21.

RHODE ISLAND
The National Museum of American History is bringing its popular professional development program for teachers, Let’s Do History, to Rhode Island with two workshops – one at the International Tennis Hall of Fame in Newport, 6.17 and at the Museum of Work and Culture (a site of the Rhode Island Historical Society) in Woonsocket, 6.18.

Affiliates, if you have collaboration news to share on the monthly calendar (must have a Smithsonian connection!), please contact Jennifer, National Outreach Manager, at brundagej@si.edu.