Bringing you all the Smithsonian happenings in your neighborhood! 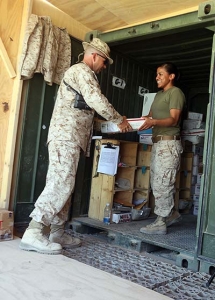 The USS Hornet-Sea, Air and Space Museum hosts the exhibition Mail Call, created by the National Postal Museum and organized for travel by the Smithsonian Institution Traveling Exhibition Service, in Alameda 8.4.

The Springfield Museums, in Springfield, hosts live virtual visits with the Smithsonian National Zoo during a series of Facebook Live talks as part of its Wild Wednesdays at the museums. Scientists and keepers from the National Zoo introduce a variety of animals and talk about the work they do in caring for and protecting them. 8.1.18 features orangutans; 8.8.18 features seals, 8.15.18 features elephants. 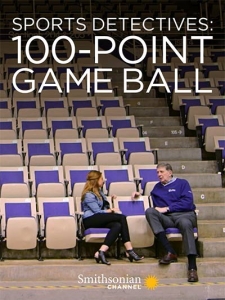 Wilt Chamberlain is perhaps the most dominant player in the history of the NBA. One night, he scored a remarkable 100 points, a feat that hasn’t been matched in half a century. But whatever happened to the ball that scored that 100th point? Follow sports host Lauren Gardner as she tries to find out. Then follow investigator Kevin Barrows on his journey to the Kentucky Derby Museum where he examines a trophy that could’ve been falsely identified.

The Carver Museum, part of the City of Austin Parks and Recreation Department, closes its Smithsonian Spotlights on African American History with a screening of the Smithsonian Channel program Sports Detective: 100-Point Game Ball, in Austin 8.18.

Things Come Apart at the South Florida Museum and Bishop Aquarium. Through more than 40 captivating photographs, videos and objects encased in acrylic, this traveling exhibition from SITES displays the complex parts that have spurred revolutions in product design and functionality across multiple industries and the staying power of classic designs, in Bradenton, Florida until 8.19. 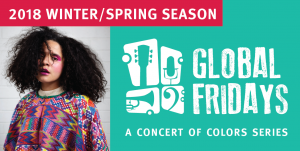 The Nissan Foundation awarded $730,000 in grants to 29 nonprofit organizations for its 2018 grant cycle including a $10,000 award to the Arab American National Museum (Dearborn, MI) for its Global Fridays series. Since 2005, the multicultural performance series has offered high-quality presentations for fans of traditional and modern global performing arts and those with adventurous cultural appetites.

Framingham State University (Framingham, MA) will launch a five-year project to help students from underrepresented backgrounds succeed in high-tech fields using a major grant from the Howard Hughes Medical Institute. The 64-year-old nonprofit, dedicated to advancing biomedical research and science education, will provide $1 million to the University to help the school redevelop its science, technology, engineering and math (STEM) programs. The University will use the money to fund a long-term effort aimed at increasing the academic success and persistence of first-generation and underrepresented students in STEM fields.

Snug Harbor Cultural Center’s Connie Gretz Secret Garden (Staten Island, NY) is getting some much needed repairs, thanks to New York Building Foundation’s first-ever community grant of $10,000. The money will be used to stabilize and beautify the entrance of the garden, provide the area with a cleaned-up interior with new plantings and interpretive signage, and improve the pathways in the hedge maze. 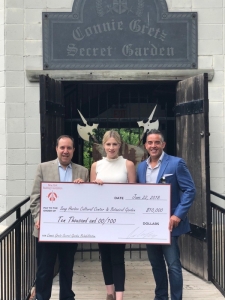 The National Mississippi River Museum & Aquarium (Dubuque, IA) has been given a $5,000 donation from the American Protein Corporation, an LGI Company, to support its Wyoming Toad conservation efforts. The money will be used to buy a brumation chamber for the toads that the Museum & Aquarium has been propagating since 2007. The Museum & Aquarium expects the chamber to improve their success rates in the future.

The Michigan State University Museum (East Lansing, MI) was awarded $150,000 from the MSU Federal Credit Union, to be the first university to house a Science on a Sphere. Developed by the National Oceanic and Atmospheric Administration, Science on a Sphere, or SOS, displays the earth’s four quadrants in 3D and enables visitors to experience atmospheric events on earth. Additionally, SOS shows the galaxy’s other planets and moons in real-time. MSU Museum aims to open the SOS gallery in October 2019.

Battelle awarded $607,500 to fund 14 out-of-classroom learning activities in Central Ohio including The Works STEM After School Initiative, a project of The Works: Ohio Center for History, Art & Technology (Newark, OH). Partnering with middle schools in Licking County, The Works will build on activities from previous years, supporting teachers through professional learning and cross-district mentorship and collaboration while expanding student access to creative out-of-school learning opportunities to explore STEM concepts and careers.

Mystic Seaport Museum (Mystic, CT) announced that it has received a $735,000 grant from the Henry Luce Foundation. The funding will allow the museum to curate and develop three new art installations from its extensive collections and related public programming. The art installations and associated research and public programs are designed to encourage new scholarship around the themes of The Sea as Muse, a window into the world of immigrant craftsmanship and decorative arts; The Sea as Studio for folk art such as scrimshaw; and The Sea as Commons, through a curatorial investigation by contemporary artist Mary Mattingly.

The Deadwood City Commission approved awarding eight grants to entities with historic preservation project goals from across the state in round two of the Outside of Deadwood Grant program for 2018. South Dakota State Historical Society (Pierre, SD) received $15,000 for the digitization of maps in collection, which include highway maps, cemetery maps, quadrangle maps, land survey maps, county, city, railroad, water and irrigation maps and many others.

Children’s Museum of the Upstate (Greenville, SC) announced Nancy Halverson has resigned from her position as CEO. Halverson is moving to Sioux Falls, South Dakota, following the retirement of her husband, Dr. Bruce Halverson. Her new position will be as executive director of Levitt Shell Sioux Falls. Halverson’s successor has not yet been named, and she will continue advising the museum in a consultant role until the position is filled. 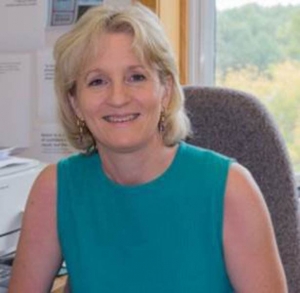 David Myers, the president and CEO of Center for Jewish History (New York, NY) has decided to step down from his position at the end of August in order to move back to Los Angeles, where he teaches at UCLA.

The B&O Railroad Museum (Baltimore, MD) announced the selection of Kris Hoellen as its new Executive Director.  Ms. Hoellen, a Senior Vice President at the National Aquarium, will assume her new position in September 2018.

For the past two years Smithsonian Learning Lab has been a tool for curating topic ideas for students participating in National History Day (NHD) research projects.

The Learning Lab team, along with educators from NHD and the National Endowment for the Humanities, will hold an online session on Thursday, August 9 at 4 pm ET around the 2019 NHD theme Triumph and Tragedy in History. Learn how to use Learning Lab to showcase your  collections and make them available to students around the country conducting research for their 2019 NHD projects. (See Learning Lab NHD collection examples here.)

In this session, designed for museum educators and other National History Day (NHD) content creators, participants will learn about the 2019 theme “Triumph and Tragedy” from NHD staff and hear from educators at the Smithsonian and National Endowment for the Humanities about their experiences in curating content for NHD students using the Smithsonian Learning Lab since 2017.

If you are new to NHD, read these two articles from Smithsonian staff in the 2019 NHD Theme Book to get a feel for how Learning Lab can help students spark ideas for their projects.

RSVP for the webinar here!