The Pinhead Institute (Telluride, CO) won the first-ever Telluride Foundation Innovation Prize of $50,000 for its Climate Institute idea. The new institute will aim to reduce the area’s carbon footprint by focusing on emissions from the Galloping Goose buses, and eventually, the Telluride Regional Airport.

The Wisconsin Maritime Museum (Manitowoc, WI) has announced a $130,000 bequest from the estate of Robert and Grace Peppard, who were longtime supporters of the museum.

The Works: Ohio Center for History, Art & Technology (Newark, OH) received a $2,625 grant from the Granville Community Foundation in support of the ArtWorks! for Life program. ArtWorks! for Life is designed to expand creativity and enhance the quality of life for seniors in the Granville and Newark communities by offering exceptional engaging art programs.

Peyton Manning Children’s Hospital at St. Vincent will be the presenting sponsor of Conner Prairie’s (Fishers, IN) newest outdoor nature experience, Treetop Outpost; its series of summer day camps for youth ages 8-12; and Headless Horseman. As presenting sponsor, the hospital will financially support the three museum initiatives for one year and have multiple opportunities to interact with and engage Conner Prairie visitors throughout the year.

Pew Charitable Trusts awarded the Hagley Museum and Library (Wilmington, DE)$500,000 over three years to expand services for businesses and trade associations. The initiative will advance research and public knowledge of American invention and entrepreneurship.

The Museum of Latin American Art (Long Beach, CA) has selected Dr. Lourdes I. Ramos to serve as President and CEO.

The Perot Museum of Nature and Science (Dallas, TX) announced that Linda Abraham-Silver will serve as the museum’s new CEO.

The National Mississippi River Museum & Aquarium (Dubuque, IA) announced Kurt Strand as the next President & CEO of the organization.

Conner Prairie (Fishers, IN) has received national recognition for the revitalization and reinterpretation of the museum’s longest-running exhibit. The American Alliance of Museums honored the museum with an Excellence in Exhibition award. The award recognizes the design, development and implementation of William Conner House, which reopened to the public last year after new interactive and media experiences were installed.

The Museum of Latin American Art (Long Beach, CA) announced that their exhibition Transformations, curated by Curator of Collections, Carlos Ortega, has received a 2017 Thea Award for Outstanding Achievement for “A Museum Exhibit on a Limited Budget” from the Themed Entertainment Association (TEA).

Summer is heating up in Affiliateland!

CALIFORNIA
The board of the Smithsonian Latino Center will be meeting at the LA Plaza de Cultura y Artes in Los Angeles, 6.4-5.

KANSAS
National Air and Space Museum curator Mike Neufeld will give a talk and booksigning on Werner Von Braun at the Cosmosphere  in Hutchinson, 6.8. 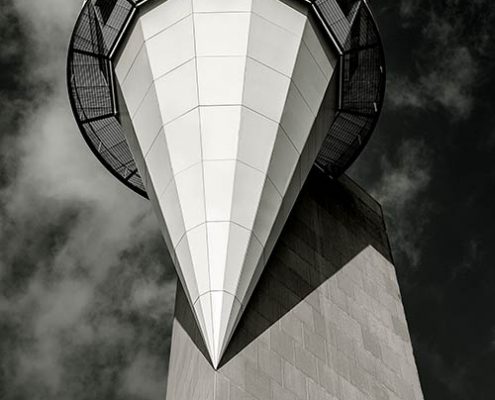 INDIANA
Former director of the National Museum of American History Brent Glass will give a talk and booksigning on 50 Great Historical Places at the Indiana Historical Society in Indianapolis, 6.13.

NEBRASKA
National Museum of Natural History director Kirk Johnson will be the keynote speaker at the Ashfall Fossil Beds Dedication ceremony at the University of Nebraska State Museum  in Lincoln, 6.17.