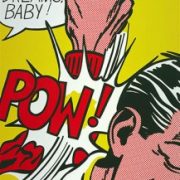 South Dakota
“Smithsonian Saturday” moves to Sunday for this online program at the South Dakota State Historical Society. The rebroadcast will feature the life of Hank Aaron, originally broadcast by the Smithsonian Channel, 6.5. 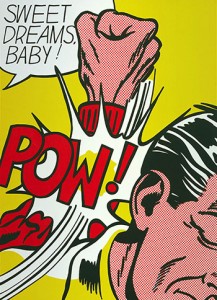 Florida
A selection of 37 prints from the Smithsonian American Art Museum’s permanent collection are included in the Pop Art Prints exhibition at the Mennello Museum of American Art, opening 6.10.

South Carolina
The National Museum of Natural History loaned a meteorite to the Museum of York County to be included in its exhibition Dinosaur Revolution Maze, on view beginning 6.11.

Idaho
Last chance to see Titanoboa: Monster Snake at the Idaho Museum of Natural History, through 6.12.

New York
The Smithsonian Associates presents a New York City tour featuring the Museum of American Finance and its exhibition Worth Its Weight: Gold from the Ground Up, which includes artifacts from the Smithsonian and three Smithsonian Affiliates, 6.17.

North Carolina
The Schiele Museum of Natural History will partner with its local YMCA to host middle school students for the third installment of the astrophotography program, Youth Capture the Colorful Cosmos, in collaboration with the Smithsonian Astrophysical Observatory, 6.20.

Connecticut
Mystic Seaport concludes its Stars of the Smithsonian series with The Art of Oceanic Navigation and Land Finding lecture featuring Douglas Herman, Senior Geographer at the National Museum of the American Indian, 6.23.

Illinois
Harold Closter will visit the DuSable Museum of African American History, to announce its new affiliation with the Smithsonian, 6.25. 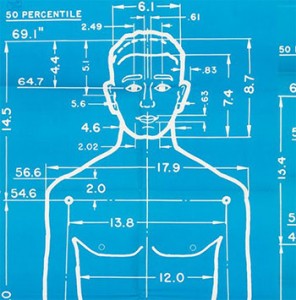 Georgia
Beautiful Users, a traveling exhibit from the Cooper Hewitt, Smithsonian Design Museum, features nearly 100 objects that illustrate the evolution of “user-centered design,” at the Museum of Design Atlanta, 6.26. 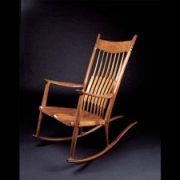 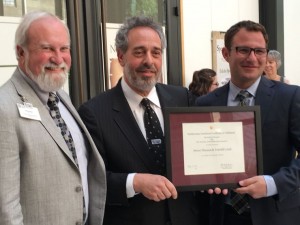 Museum to participate in youth summit
Pacific Aviation Museum Pearl Harbor is one of four Smithsonian affiliate organizations hosting a regional youth summit, and is partnering locally with the Japanese Cultural Center of Hawaii to host a panel discussion with scholars, family members of those incarcerated at Honouliuli Internment Camp, and Hawaii’s youth. 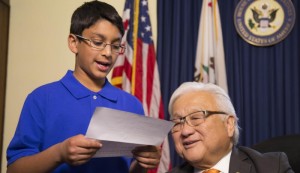 Space Center Houston (Houston, TX)
Sky-high ambition: : Greenfield native reflects on his path to becoming Space Center Houston CEO
The job comes at a particularly exciting time, Harris said, as NASA continues to pursue its vision of humans on Mars within the next several decades. “The other side of the coin here, too, is our nation faces a real crisis in science learning,” he said. “We have a whole generation of baby boomers who have worked in science careers that are retiring, and we do not have an adequate number of people in the pipeline to fill those positions.” A critical part of the space center’s infrastructure, he said, is to inform, engage and motivate young people’s interest in the STEM fields through outreach and education – skills that run thick in Harris’ blood.

Senator John Heinz History Center (Pittsburgh, PA)
NEXT Up: Andy Masich
I’m looking forward to a call with John Gray from the Smithsonian to discuss the American History 101 initiative, designed to help improve all Americans’ basic knowledge of history and civics. The History Center is proud of our Smithsonian affiliation–we’re “the Smithsonian’s home in Pittsburgh.” 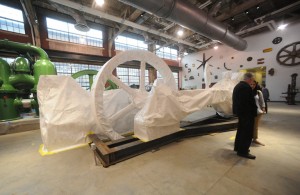 The National Museum of Industrial History in Bethlehem opened its doors May 5, 2016, for a sneak peek at its collection. Planned since 1997, the museum is scheduled to open in the summer in a former Bethlehem Steel Corp. building. It features many items on loan from the Smithsonian Institution’s National Museum of American History. Photo Sue Beyer for lehighvalleylive.com

National Museum of Industrial History (Bethlehem, PA)
Time to close one chapter of history in Bethlehem | Editorial
“We’re really trying to showcase the stories of people,” Hollander said, adding that the nation’s industrial heft will be displayed through the efforts of laborers, innovators and entrepreneurs, connecting the past with the future of industry and innovation. And thanks to the museum’s affiliation with the Smithsonian Institution, the grand opening will also showcase pieces from the Smithsonian Institution’s 1876 Centennial exhibit.

VIDEO- Sneak peek: National Museum of Industrial History gives tour to history buffs
The museum has artifacts donated and lent by companies and community groups all over the Lehigh Valley. It features the Smithsonian National Museum of American History’s collection of 19th-century machines representative of those at the 1876 Centennial Exposition in Philadelphia, an event often regarded as the United States’ coming out party as an industrial powerhouse.

Polk Museum of Art (Lakeland, FL)
Judge looks forward to Mayfaire return: Maria del Carmen Cossu selected
Cossu said she was chosen to be judge by the Mayfaire coordinators Brenda Friedman and Maya Beck partly because of her work – the Smithsonian Institution and the Polk Museum of Art being a Smithsonian affiliate. She is the sole judge of the event.

May the 4th be with you
Star Warsâ„¢ and the Power of Costume will open Nov. 13, 2016 at the Denver Art Museum. The exhibition will showcase more than 60 iconic costumes from the films and examine the captivating process of costume design. It was developed by the Smithsonian Institution Traveling Exhibition Service in partnership with the Lucas Museum of Narrative Art and in consultation with Lucasfilm Ltd. 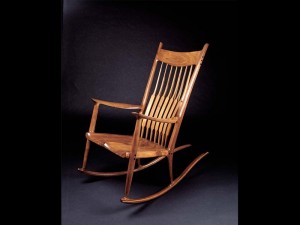 Sam and Alfreda Maloof Foundation for Arts and Crafts (Alta Loma, CA)
Famous for His Rocking Chair, Sam Maloof Made Furniture That Had Soul
Curator Atkinson points out that “Maloof’s elegant curves just grow and bend as his designs mature.” A good example of this can be seen in the Smithsonian chair, on which the rockers curve slightly downward at the back ends. While this has a safety purpose, preventing a too-energetic sitter from falling over backwards, the curve adds to the chair’s elegance. Robyn Kennedy (no relation to any of the Kennedys previously mentioned), chief administrator at the American Art Museum’s Renwick Gallery, points out that the “way Maloof sculpts his elements gives even practical features an aesthetic feel.”

South Dakota State Historical Society (Pierre, SD)
SD History Conference in Pierre focuses on food, including beer and ice cream
The idea of the heritage of food in the state, said keynote speaker Susan Evans McClure, is that since most people eat from time to time, looking at food is a good way to look at the wider history of any culture, or people or state. McClure is director of the Smithsonian Food History Programs at the National Museum of History and she spoke Friday.

Museum of the Rockies (Bozeman, MT)
Retiring Jack Horner celebrated at Museum of the Rockies
The Museum of the Rockies was just a small building back in 1982 when then-director Mick Hager hired Horner. .Horner’s summer digs in Montana’s badlands filled the museum with the world’s largest collections of Tyrannosaurus rex and Triceratops fossils. The nearly complete Wankel T-rex he dug up in 1988, renamed the nation’s T-rex, will be the centerpiece of the Smithsonian’s National Museum of Natural History when it opens in 2019.