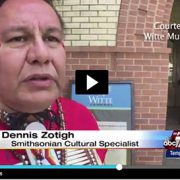 Sam and Alfreda Maloof Foundation for Arts and Crafts (Alta Loma, CA)
Jimmy Carter on Sam Maloof: ‘He was the best woodworker that ever lived’ (VIDEO) 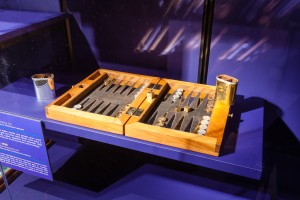 Chicago’s DuSable Museum granted Smithsonian Affiliation
The museum, established in 1961, becomes the second cultural institution in Chicago to be granted the prestigious affiliation (the Adler Planetarium is the other).

The DuSable Museum of African American History Obtains Smithsonian Affiliation Status
“With Affiliate status, the DuSable will bring the Smithsonian to the community and the DuSable to the world,” said DuSable President and CEO Perri Irmer. “The partnership will also expose the museum’s Masterworks Collection to a broader audience by giving the work and the artists international exposure.”

Pinhead Institute (Telluride, CO)
Museum Day Live! at Pinhead
“I want them to see how much they can learn from it,” she said. “They are in control of their future. . Kids can come alive and realize they can accomplish something.” Free Museum Day Live! is funded by a National Endowment for the Humanities grant through the Smithsonian. Holbrooke said it’s the first time Pinhead has participated in Museum Day Live! 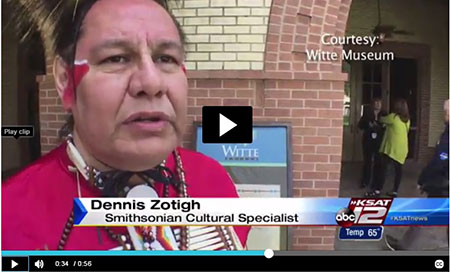 Museum of Design Atlanta (Atlanta, GA)
Astrophotography Afterschool Program
MODA is excited to be joining the Harvard-Smithsonian Center for Astrophysics program, Youth Capturing the Colorful Cosmos, to bring astrophysics and scientific visualization skills to young astronomers. Students will have access to telescopes and images as they design their own experiments.

The Rockwell Museum (Corning, NY)
Storytellers aid Rockwell’s outreach to women of color
The museum will join hundreds of other cultural institutions across the country as the Smithsonian celebrates a nationwide campaign to reach women and girls in underserved communities. 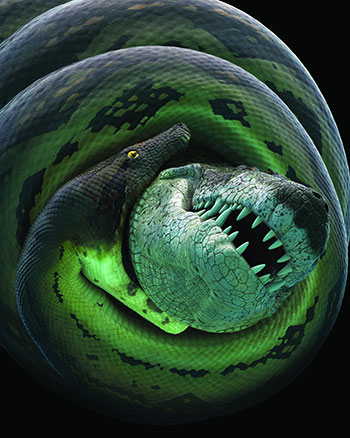 Replica of world’s largest snake at ISU
The IMNH hosted family friendly activities from 10 a.m. to 2 p.m. to coincide with the opening of the new exhibit “Titanoboa: Monster Snake,” a Smithsonian Traveling Exhibition Service exhibit.

World’s largest snake slithers into East Idaho
The exhibit also includes 3D animation of Titanoboa created by the Idaho Virtualization Lab (IVL). In addition, guests will get the opportunity to handle a 3D printed Titanoboa backbone and compare it to the backbone of a Green anaconda, the heaviest snake species alive today.

Largest snake in history to open at Idaho Museum of Natural History
On March 19, the IMNH will host family friendly activities from 10 a.m. to 2 p.m. to coincide with the opening of the new exhibit “Titanoboa: Monster Snake,” a Smithsonian Traveling Exhibition Service exhibit. Activities will include bubble snakes, snake mobiles, sleeping bag snake races and cold blooded activities. Activities are free in the museum’s Discovery Room, while Titanoboa can be seen in the gallery with payment of admission.

New Mexico Museum of Space History (Alamagordo, NM)
NASA’s First Female Hispanic Flight Director, El Paso Native, to Speak at Museum
For Museum Day LIVE!, the museum will present a speaker series featuring women in STEM careers. Headlining the series will be Ginger Kerrick, a native of El Paso, graduate of Hanks High School and Texas Tech where she holds a Masters degree in physics. Kerrick began working for NASA as an intern in 1991 and in 2005 became  NASA’s first Hispanic female flight director. 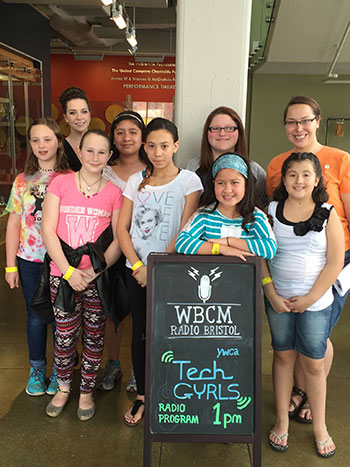 The TechGYRLS at the Birthplace of Country Music Museum.

Birthplace of Country Music Museum (Bristol, TN/VA)
Birthplace of Country Music Museum Hosts Museum Day Live! March 12
“This partnership is a great way to share the museum with young girls in our local community and to give them the opportunity to really experience the radio station – and get a chance to make their voices heard!” says Rodgers. “It’s been wonderful to watch the TechGyrls develop their own program, one that we feel will inspire other girls too.”

Museum Center at 5ive Points (Cleveland, TN)
Cleveland’s Museum Center searching for new director
The Museum Center at Five Points will lose Hassan Najjar as its executive director today after a three-year tenure that has been credited with revitalizing the museum’s mission and lifeblood. 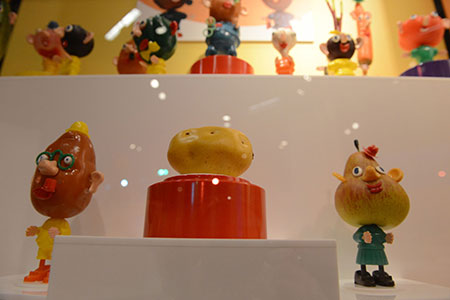 Museum Center at 5ive Points (Cleveland, TN)
Hassan Najjar resigns museum position
Najjar point outs that his was not a one-man-show. “Our remarkable staff and board of trustees deserve so much credit,” says Najjar. “We’ve set out on some pretty large projects in these past three years, and our team continued to work hard to realize each of them. This group of individuals fueled our success and I’m thankful for each of them.”

Agua Caliente Cultural Museum Brings Back Native FilmFest
Now in its fifteenth season, Native FilmFest presented by Agua Caliente Cultural Museum Tuesday, March 1 through Sunday, March 6 is one of the most highly regarded festivals of its kind Ì¶ showcasing the best in films by, about, and starring Native Americans and other Indigenous peoples. Guest Programmer Elizabeth Weatherford is Director and Founder of the Film and Video Center at the Smithsonian National Museum of the American Indian. 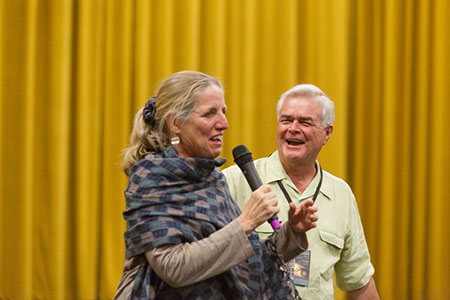 Western Spirit: Scottsdale’s Museum of the West (Scottsdale, AZ)
Jewel of the Valley

Western Spirit: Scottdale’s Museum of the West rises as a top museum in the country
“They have a very strong commitment to education and they want to show the West in its great variety and diversity,” said Harold Closter, director of the Smithsonian Affiliations, part of the Smithsonian Institution. “This is just a wonderful museum. You can feel it as soon as you walk in the door.” 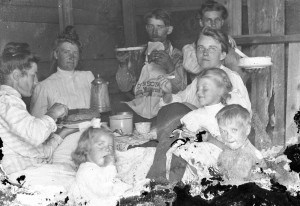 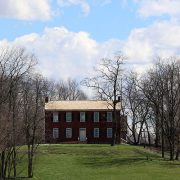 Our diverse network of Smithsonian Affiliates helps connect local stories to our shared national history. With more than 200 Affiliates in 46 states, Puerto Rico and Panama, each has a special story to share about what makes them unique to our network. Here’s one of those stories. Special thanks to Duane Brodt, Director of Public Relations at Conner Prairie for this guest post. 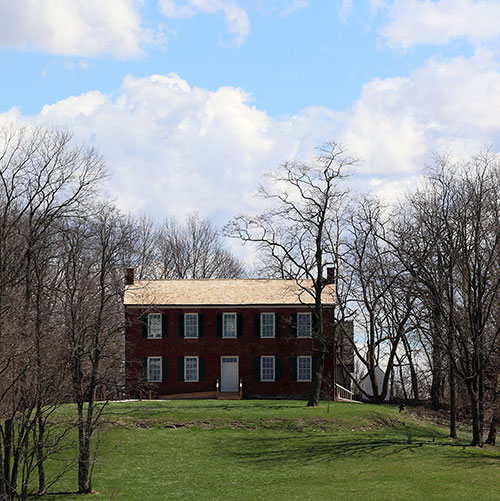 Two hundred years ago, a fur trapper named William Conner made his living in the woods of Hamilton County. He lived among the Native Americans on the banks of the White River, fought in the War of 1812 and played an instrumental role in the transformation of Indiana from a territory to statehood.

He spent the next 15 years transforming himself from a trapper and trader to a gentleman and statesman who lived in a red brick home at the top of a hill – the Conner House, the heart of Conner Prairie.

Over the years, the house bustled with business and politics. It was the meeting place for county commissioners, home to the Circuit Court and served as the post office in the early days of the county. Visitors traveled from far away to discuss legislation around the dinner table and strike business deals in the best room. It was a cultural hub where big ideas were stretched and pulled as leaders wrestled with how to best guide our state though its infancy.

On Thursday, to celebrate Indiana’s bicentennial, a renovated and reimagined Conner Homestead will open and the story of William Conner will be transformed – from a domestic story to one that tells the larger tale of Indiana’s transformation from territory to statehood.

“The Bicentennial and all of the focus on early Indiana history got us thinking about the transformation of the Conner House experience to a story that looks at the Conner family and its transformation,” said Director of Exhibits Brian Mancuso. “We have designed interactive video and audio pieces to help people experience and explore in different ways.”

Rather than entering the home through the back of the house through the kitchen, visitors will now enter the home from the actual front of the home, as those traveling the White River and traversing the prairie would have entered Conner’s home in the 1800s.

Exploring the rooms of the Conner House will now allow visitors to immerse themselves in interactive, technological exhibits that explore the questions of the day and how the land was settled, surveyed and sold. Young visitors can contrast and compare their chores, meals and clothes with those of the Conner family and friends. Interactive exhibits will encourage visitors to ask themselves how Conner and his family should be remembered in history. Exhibits will also allow visitors to choose what qualities were necessary for someone to be a successful pioneer in Indiana.

The Conner House now more strongly complements William Conner’s story and shows how the family that lived here – and the people who came in and out of the front door – helped shape our state’s history.

The restoration of the Conner Homestead at Conner Prairie is designated an official Indiana Bicentennial Legacy Project.

Is the Smithsonian in your neighborhood?